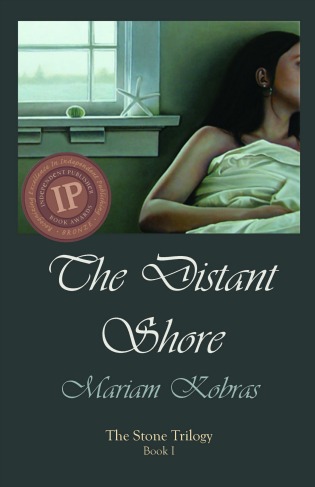 There’s nothing like receiving a letter from a teenage son you knew nothing about, but that’s what happens to international rock star, Jonathon Stone. He drops everything to find the boy, and his mother—Naomi, the girl he loved so many years ago who left him when his rock n’ roll life became too much for her to bear.

Seeing her is like falling in love all over again, and everything seems perfect, until someone sets out to destroy their idyllic life.

Naomi lay in his arms, toying with his shirt buttons, opening them one after the other, softly touching his skin under the fabric, her fingers lightly brushing the hairs on his chest.
“You had better stop.” He shifted restlessly. “You might end up on the carpet after all, flat on your back, with a starved, wild male on top of you. But at least I can kiss you now, can’t I? Is this terrible scene over?”
She didn’t answer, just sighed in tired resignation.
“Say you’ll marry me, Naomi. Say it. Tell me you are still mine, tell me you aren’t going to rip our lives into shreds again. Tell me we can go back upstairs in a little while and your terrible father and his Viking brother won’t chop off my head in their fury for causing you sorrow? Will I have a bride, walking up to me in a lovely gown and standing beside me? Will I?”
She freed herself from the hand entangled in her hair and climbed from his embrace, even though he was unwilling to let her go, protesting that he had not gotten that kiss yet.
“And you won’t get that kiss,” Naomi replied, “because I know where it would lead, and there’s no time now. I need to change and do my hair, you mussed it all up. And then we’ll go meet the crowd upstairs. We’ll put a good face on this disaster, Jon, and we’ll get married. I’m not going to send them all away again and waste all the food and flowers. Only…”
“Don’t frighten me anymore, Naomi. Tell me you’ll marry me because you want me, not because you can’t see a way out of it. Because if that’s the reason, I think I’ll pass. I don’t want you as my duty wife; I want you for love alone.”
He watched her walk to the wardrobe, buttoning up his shirt again, the feel of her soft fingertips still on his skin, the promising, gentle touch that gave him the hope that all would be well in the end.
“You’re getting me as your wife, Jon,” he heard her tired voice say. “Let that be enough for now. I’ll have to find a way to deal with my imagination and my guilt. It may take a while.” 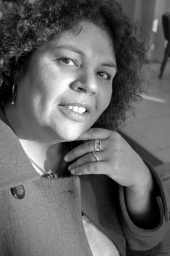 Three-time Independent Publisher’s Book Award Winner, Mariam was born in Frankfurt, Germany. Growing up, she and her family lived in Brazil and Saudi Arabia before they decided to settle in Germany. Mariam attended school there and studied American Literature and Psychology at Justus-Liebig-University in Giessen. Today she lives and writes in Hamburg, Germany, with her husband, two sons, and two cats.

We are giving away five prizes through the rafflecopter giveaway:

1) a complete set of the Stone Trilogy in paperback (The Distant Shore, Under the Same Sun and Song of the Storm) plus swag,