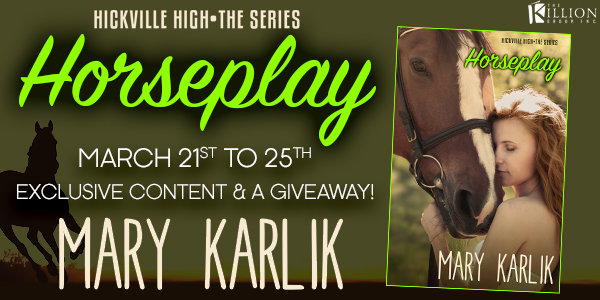 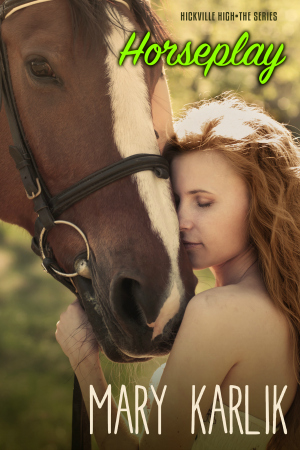 Three weeks after her boyfriend of eighteen months dumps her, high school senior and queen bee, Penny Wilson, declares she is over said boyfriend and is ready to move on. But life without her ex is more difficult than repeating a few affirmations. She has been pushed to the very edge of the “popular kids” social ladder. To make matters worse, her dad announces he’s hired boot-clad, Wrangler wearing, calf-roper Ty Jackson to work on their English horse farm. Curly blonde hair and six pack abs aside, he was a rodeo team bottom-runger and no way was she going to let him in her social circle.

And as if having cowboy Ty around is not bad enough, he garners her father’s attention on the first day. Something she has been unable to do since she lost her mother to cancer two years ago.

The “Annie,” a charity horse show named after her mom, is weeks away. Although this show does not count for end of year points, it is the most important show to Penny and one she’s bombed in the stadium jumping portion every year. Ty convinces her he can teach her to connect deeper with her horse and settle her nerves in the show arena. As they work together Penny discovers that while she’s riding better being around Ty does nothing to settle her nerves. Will she discover that there more important things than being in the popular crowd? Will she rekindle a relationship with her dad?

Freeze my ass off or not, I had to get out of the cab and away from him.

The cool air whooshed in as soon as I opened the door. The sting felt good on my face. As I headed for the pebbled bank, I heard the driver’s side door slam. The wind whipped through my sweater and hugged my bare legs, making me wish once again I’d taken the time to grab a jacket before school. I stood facing the water and waited for Ty to catch up.

Over the years, I’d had countless imaginary arguments about that day in the seventh grade. I had mentally practiced the perfect response with which to inflict the same emotional pain I’d felt. This was my chance… and yet words failed to come to me.

Ty stood next to me with the collar of his Carhartt turned up, blocking the cold. “Penny, get back in the truck.”

I faced him and let the wind blow my hair across my cheeks. “I needed you, Ty. You were supposed to be there.”

“I was stupid. I tried to call you. I tried to apologize, to make it up to you, but you’d closed the door.”

“No, I’m not saying that.” He gave an exasperated sigh. “Christ, Penny, we were thirteen. I didn’t know what to do. I was stupid.”

“Still, you said you couldn’t be friends with me.” Five years of pent-up emotions poured from me. My heart pounded with anger and ached with loss. My chest felt hollow and empty, yet my muscles were tense with frustration. Tears warmed my half-frozen face as they traveled down my cheeks and dripped from my chin.

Ty grabbed my shoulders. “I called you, Penny, I called you over and over. You shut me out.”

I pulled from his grasp and slapped him hard across the face. His gaze bored into mine; his jaw was clenched so tight his lips trembled. His eyes glistened, and I was glad he’d felt the sting I’d inflicted. I waited for him to react, half afraid he was going to slap me back, half expecting him to walk off and leave me freezing in the middle of nowhere.

Instead, he grabbed me and pulled me to him. I wanted to hate him. I tried to push him away. He folded his arms tighter, crushing me against his chest and rocking me while I released a gut-wrenching, soul-cleansing, full-out sobfest.

Ty pressed a kiss against my hair and spoke softly in my ear. “I’m sorry. Sorry about us, your mom…” His voice hitched and I knew he was struggling to keep from crying. I looked up at his face and saw the shimmer of unshed tears.

“At the funeral… I thought if I could just see you I’d be okay, but…” 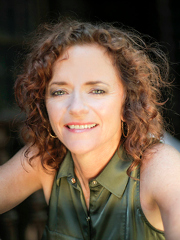 Join Mary Karlik and the Killion Group as we celebrate the release of Horseplay with this 16 stop Book Blast from March 21st to 25th. Included in this book blast is exclusive content, a spotlight of the book, and a giveaway. One GRAND PRIZE WINNER will receive a $25 Amazon Gift Card! 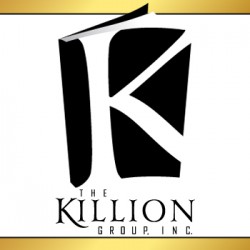