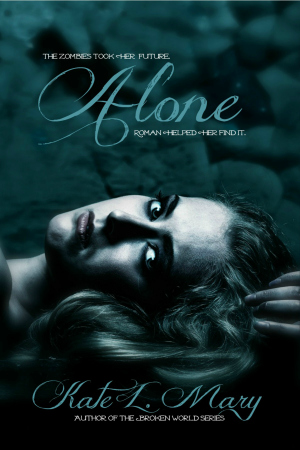 For the past two years, Jules has floated through life.

When the virus was released it changed everything about the world. Jules lost her mom and her home, forcing her to live with the father she barely knows. Now, even as society works to rebuild, Jules still feels like she doesn’t quite fit in.

Then she meets Roman.

The attraction is too strong for either one of them to ignore, but Roman and Jules soon discover that the uncertainty of their new world extends much farther than just the zombies. When disaster strikes, Roman must race against the most terrifying clock imaginable to save Jules, or once again end up alone.

I’m still grinning when we step outside. The wooden porch sags beneath my feet, feeling a little less than sturdy, but that isn’t what makes my heart almost stop. My smile melts away and my feet stop moving, and within seconds I’m shaking like a leaf.

There are three zombies in the yard. Three of them. I haven’t come this close to one since the first few months of the outbreak, and now there are three.

Roman steps in front of me and shoves the shoebox into my hands as he pulls his knife out, all in one fluid movement. “It’s okay.”

It doesn’t feel okay. It feels the complete opposite of okay.

Roman steps off the porch, and one of the zombies spots him right away. The thing groans and moves toward him, chomping his mouth. Gray skin stretches across his face, and the deep gashes that cut across the decaying flesh ooze with black goo. Thankfully, the other two creatures are facing the other way and haven’t caught wind of us yet.

Roman doesn’t seem afraid in the slightest as he walks toward the dead man. His knife is held firmly in his hand, but he’s steady. Sure of himself as he walks in a big arc around the zombie. He was right. They are slow. But it’s still terrifying, and I’m still shaking, gripping the box of batteries so hard the cardboard bows under the pressure. Just as Roman reaches the back of the first zombie, the other two notice him and head his way. My heart jumps to my throat and I reach out like I’m trying to stop them, but no sound comes out when I move my lips.

I try again, and this time his name comes out like a strangled cry. “Roman!”

He smiles like all of this is nothing, then drives his knife into the back of the first zombie’s skull. The thing drops to the ground, and Roman spins to face the others. He charges the second one, a sad-looking woman whose nightgown is stained and tattered, her gray skin barely clinging to her bones. Roman dodges her arms and loops around her back, then jabs his knife into her skull just like he did with the first one.

Two down, but my heart is still pounding wildly.

The third one is so tall that Roman’s head only goes up to the zombie’s shoulders. Next to him, Roman looks like a child. Even worse than his size is the fact that he seems to be faster than the other two. Less decomposed, even, like he’s just recently died.

Roman circles him, but the zombie spins too. His hands reach out to grab Roman, but Roman ducks out of the way. His face tenses, and his eyes dart over to me. I watch, frozen in terror from my place on the porch as Roman tries to get behind the zombie again. He could stab him in a different location, but with as tall as the decaying man is, it wouldn’t be safe. Only no matter how many times Roman tries to get behind the corpse, it doesn’t work. The thing is too fast and too hungry. Determined. 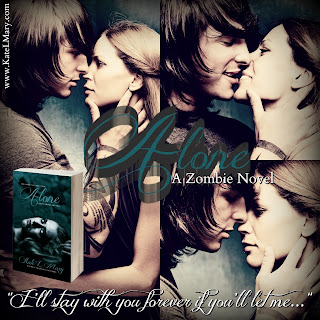 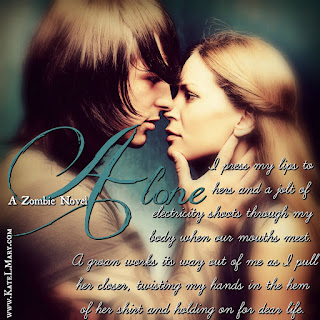 About the Author
Award-winning author of WHEN WE WERE HUMAN and the Amazon best-selling BROKEN WORLD series, Kate L. Mary writes everything from post-apocalyptic tales of the undead to new adult contemporary romance. A mother of four and an Air Force wife, her days are divided between keeping her household in order and creating new worlds for readers to get lost in.
Author Links:

See the giveaway details
at Goodreads.