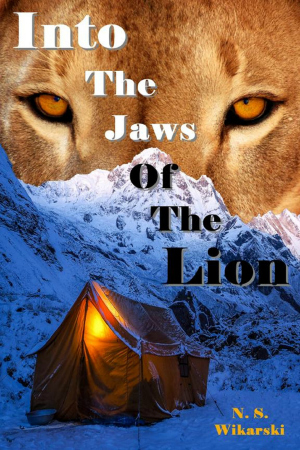 Into The Jaws Of The Lion
N. S. Wikarski

This book is number 5 in a 7 book mystery/thriller/adventure series. It can, however, be read as a standalone.  The author is providing a summary of the Arkana series for the tour hosts’ convenience.

Where do you hide a mysterious artefact that has the power to change the course of history? You scatter clues to its whereabouts across the entire planet. Five objects buried beneath the rubble of ancient civilizations point to the hiding place of a mysterious artefact called the Sage Stone. A secret society and a fanatical religious cult vie against one another in a global treasure hunt to claim the prize. Only one can win.

More importantly, only one can survive.

I have never started a series by reading book 5 first, but this is what happened here when the opportunity to provide a review came my way.  I would have usually taken the time to go back and get the earlier books, but these past few weeks have been very busy and work has gotten in the way of my reading yet again.

this book was very exciting because it had for me elements of Indiana Jones movies mashed up with some Dan Brown.  And by Dan Brown I mean The Da Vinci Code and not some of his other work.  What I thought was amazing here as I was reading is the amount of research that has been put into the story.  For the Da Vinci Code, I knew already quite a lot to know that though some literary liberties were taken he stayed very close to “reality” but now I am a bit frustrated cause my knowledge of the history of India is lacking and I could not guess how accurate that info is or how close to reality if feels.  There is a definite part of me that felt that it was; well that is what I felt. So, if it was all made up; I gotta bow to the master, I mean the mistress cause that was very very nicely done.

As I said previously, I have not read the previous volumes but you cannot imagine how I do regret it cause there are quite a few things that I would love to know more about and that I am sure are explained quite nicely before.  When I say that, I mostly refer to Hannah’s history that got me super curious.

It is a lovely and easy read, and I would recommend reading the series from the get go and not just as a stand alone though it is still wonderful that way don’t get me wrong.

I have enjoyed it, with a lot of detailed history and lively characters, it is not boring and it had enough action to keep me well entertained.  So based on that, you have my hearty recommendation to grab it and start reading.

Chapter 1—Knot Good
In A Foreign Land – Long Past Midnight

“Watch out!” The Pythia’s warning came too late.

Several dark figures swarmed from behind the boulders lining the trail, jumping Cassie and Griffin. Before the pair knew what was happening, they were body-slammed to the ground.

Half a dozen voices were talking at once, demanding answers in a language Cassie didn’t understand. She blinked as half a dozen flashlights pointed their intrusive beams in her face.

“What’s going on?” she asked dazedly. “Does anybody here speak English?”

More voices joined the hostile chorus. Rough hands reached out to drag her toward some unknown destination. She stumbled up a rock-strewn path and was thrust inside a small tent. Griffin was propelled in after her. Two of their assailants followed and forced them to sit back-to-back against the central tent pole, tethering their hands to the stake with thick hemp rope.

Without a word of explanation, their attackers left and shut the tent flap behind them. The voices outside continued to angrily debate some unknown topic.

Cassie tried to twist around but couldn’t. “Griffin?” she called anxiously. “Are you alright?” She felt the reassuring pressure of his fingers looping through hers.

“I’m fine, all things considered. And you?”

“Other than a few bruises, I’m OK too,” she answered.

The two of them sat back-to-back in silence for several moments, listening to the bellowing match outside.

The Scrivener shrugged philosophically. “On the whole, this night might have gone worse. Whoever they are, at least they didn’t kill us.”

“The night’s not over yet,” Cassie remarked ominously. 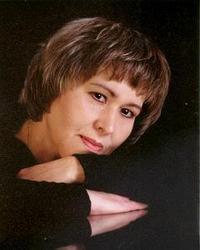 Nancy Wikarski is a fugitive from academia. After earning her Ph.D. from the University of Chicago, she became a computer consultant and then turned to mystery and historical fiction writing. She is a member of Mystery Writers of America, the Society Of Midland Authors, and has served as vice president of Sisters In Crime – Twin Cities and on the programming board of the Chicago chapter. Her short stories have appeared in Futures Magazine and DIME Anthology, while her book reviews have been featured in Murder: Past Tense and Deadly Pleasures.

She has written the Gilded Age Mystery series set in 1890s Chicago. Titles include The Fall Of White City (2002) and Shrouded In Thought (2005). The series has received People’s Choice Award nominations for Best First Novel and Best Historical as well as a Lovey Award for Best Traditional Amateur Sleuth.

She is currently writing the seven-book Arkana Archaeology Thriller series. Titles include The Granite Key (2011), The Mountain Mother Cipher (2011), The Dragon’s Wing Enigma (2012), Riddle Of The Diamond Dove (2013), Into The Jaws Of The Lion (2014), and Secrets Of The Serpent’s Heart (2015). The seventh and final volume in the series, The Sage Stone Prophecy is scheduled for publication in December of 2016. All the books have become Amazon bestsellers with an overall average review rating of 4.5.

N. S. Wikarski will be awarding a $10 Amazon/BN GC to a randomly drawn winner via rafflecopter during the tour. 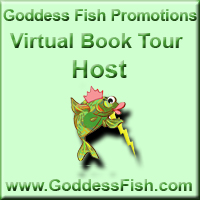