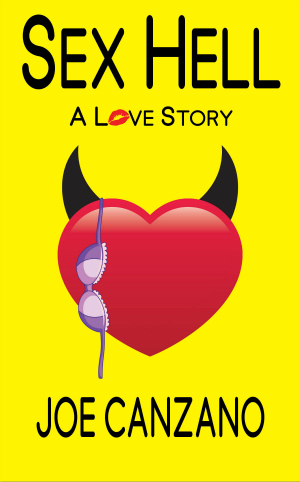 When Debbie de La Fontaine tries to spice up her love life by supernaturally tampering with her sex life, she is cursed to spend every future encounter in a magical place called “Sex Hell,” where the sex is ludicrous and amazing but the romance is scarce.

Her only chance for escape is through the stingy clues supplied by an obnoxious demon, and the only way to obtain the clues is by returning to Sex Hell again and again to have outrageous sexcapades with the man she most wants to avoid—or does she?

Sex Hell is an absurd comic fantasy about the confusion of relationships. How is love related to sex, and how is sex related to love—and do love and sex need to be related at all?

When the opportunity came to review Sex Hell, I was like let’s do this, it is going to be fun.  To be honest, I was not disappointed because the story is really original and it really ended in a bang!!!

This is the part where I am going to be honest, pretty much for 3/4 of the book I did not like Debbie the main character at all.  In fact, I really wanted to either shake her or beat some sense and self-esteem into her.  Not sure which or maybe even a combo of both.  Then I started thinking, when was the last time a character annoyed me as much and that will have to be Sansa Stark in the early GoT books.  The girl needed a wake up call too!!

The one I loved from pretty much the get go is Cynthia who is Debbie’s BFF.  She is fun and spunky and a little spitfire; I guess he was a good balance for how annoying I felt Debbie was.  Then come the men.. we have Mike who starts out as Debbie’s BF and then there is Juan the charmer.  Not my kind of guy but it’s not my taste in men we are discussing here today.  We could if you asked nicely :-p

I have loved loved loved the ending we can say pretty much the last 25% cause there was a lot going on, quite a bit of action and resolutions and magic battles oh and space pirates.  I really just wished it was like that throughout the whole of the book.  I think and this is for me only that it really took quite a while to build up to the good stuff and by that I don’t mean the sex.  It may be because Debbie annoyed me at first and that may have influenced my perception of things.

After all I am a regular person, and I will admit that a lot of things may come and influence my mindset when reading.  I think there is a part of me that wanted it to be really funny, (I mean it is called Sex Hell right?) with me laughing my ass off every other page, and when it wasn’t like that I may on a subconscious level have felt let down (Not your fault book!). I just needed it to be that way cause I had a long tough week at work and I needed the comic relief.

Going back to the book and not my rough week, the plot was really good, it had the potential to go into a lot of different directions, I may have liked wackier things happening but Joe did the right thing and what went on was pretty much perfect.  I really think you guys will enjoy it, it a straight shooter easily read in one go and with a steady pace.

So why not join me in Sex Hell? 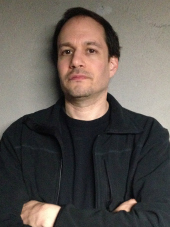 Joe Canzano is a writer and musician. He lives in New Jersey, U.S.A., in a house with a basement where he usually stays. Occasionally he leaves the basement and visits the kitchen.

He is a graduate of Rutgers University, where he majored in English. His short stories have appeared in a half-dozen printed literary journals, as well as in the Akashic Books online series, “Mondays are Murder.”

He recently formed his own publishing company, Happy Joe Control, and in January 0f 2015 published his debut novel, “Magno Girl.” He has a blog at www.happyjoe.net, as well as a website with more info than you’d ever want to know about him.