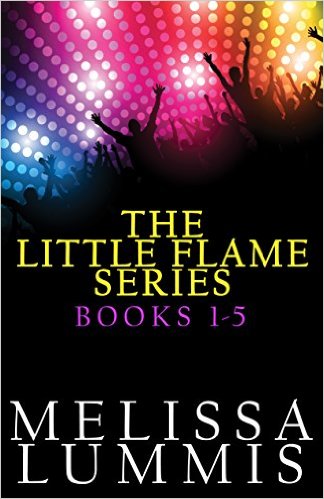 Fiamette Jurato is on a mission: to fix her broken past. She’s teamed up with the world famous DJ, Maximillian, to search for the ex lover who can help her put all the pieces back together. There’s only one problem: he’s been dead for over two hundred years.

As a healer to the supernatural, she’s no stranger to navigating the impossible maze of magical complications. But getting lost in the magic isn’t the problem; finding her way back home is.

I really loved this boxset and I actually read the whole 5 books within it in pretty much one night and one go!  When I saw how the supernatural was sort of accepted as part of daily life, it was very much a reminder of the True Blood series in that regard.  Though, you have to remember that in True Blood only the vamps were out. The other creatures were still in hiding. So this is not the case here as we can see from the get go a werewolf, faeries and some other Supes that I have never heard of before. 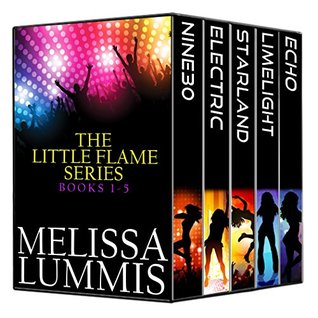 In the boxset, there are the first 5 books, I saw on Goodreads a Book 6, and I might review that one later on.  Each book is in fact not very long and seem to have a pattern where Fia encounters a person who has a problem and she needs to help them as she is a healer.  You have to bear in mind that I have really gone and really dumbed it down quite a bit here.  Of course, there are a lot of things going on as the group is traveling from one location to another.

The interesting mix of characters is really fun, there is super sexy chemistry between Fia and Max as we see their relationship growing all the way to the end of book 5.  I thought it was nicely written though I would not have said no to more pretty much everything.  Those book are a quick and easy read, entertaining and some good sexy time if you know what I mean.

As I have never read anything from Melissa before, I think this series of books is really a lovely and wonderful introduction into her world and I will be looking forward in the future to be reading more.

All in all, I really enjoyed it and now I am going to go and get my hands on book 6, and if you are really nice I will share it with you in a future post.

The club lights blinked out, and in the humming dark an amplified voice yelled, “Give it up for Maximillian!”

“Make some noise,” the DJ yelled.

A spotlight strobed across the scene, then snapped back to the DJ. I stopped adjusting my white go-go boots and squinted, trying to get a good look at him. The crowd roared as he leaned over to a beanie-wearing guy on his right, a cigarette dangling from his lips. Beanie-guy cupped the end of the cig and flicked a lighter. Smoke obscured the DJ’s face and I sighed. I wanted to see him, dang it. I’d been running late tonight and missed the usual meet-and-greet. Story of my life.

“Yeah, yeah, yeah,” the DJ mumbled into the mic as he twisted knobs and pushed buttons, puffing smoke and music into the air.

Even with the spotlights, the details of his face were buried under swirling smoke and pulsing laser beams looping the hazy club. The first high notes picked like an electric guitar sample, and words I couldn’t make out repeated in jittery bursts over a subdued bass. Black lights flipped on, turning teeth and all things white into glow-in-the-dark neon. The fog machines bellowed clouds of dry ice that burned my nose. Damn, shouldn’t I be immune to it after so many shows?

Rising up from my kneeling squat, boots finally tied, I dropped my hula hoops onto the platform, then set one thigh-high boot at a time inside the circles. Jutting a white-sequined hip, I waited for the music to build to that explosion of bass and high-pitched alarms that had been driving me deaf the past two months. Yet, I couldn’t say I hated the job. I’d tried different settings, but this was definitely the best fishing spot. The catch I was after liked the nightlife and large crowds.

And this club was packed to the gills. Good. Better pickins. I bent with deliberate flare, popping my ass into the air and giving it a shake as I scooped up one of the glowing hoops and spun it around my hips. I gyrated and dipped, swinging the hoop higher around my exposed midsection, my arms swaying to the music.  I didn’t have to think about my next move. It poured out of me like the music from the DJ’s hands. I turned in lazy circles, taking in the jumping crowd as one living, breathing beast. Individual faces surfaced in rare glimpses.

When I completed a 360-degree turn, the bright eyes of the DJ arrested me. I sucked in a breath. He was the hottest thing in L.A. at the moment, exploding all over the music scene. His lips twisted in a sideways Popeye grin, and holding my gaze with penetrating eyes, he flipped black hair over his shoulder and winked. Damn! Heat flushed through me in a prickly flood, followed by a startling surge of disappointment when he returned his attention to the MIDI boards.

He bobbed up and down, one hand constantly flickering as it tweaked the boards in front of him. Everything about him moved to the music, even the occasional finger jabbing his black-rimmed glasses back.

The music decelerated as he pulled the cigarette from his mouth and raised it to the sky, granting the crowd a huge smile that said something mind-blowing was about to happen. The mass of bodies bayed in anticipation. He tucked his smoke back between his lips, and his shoulders rocked as he worked at bringing the music. He raised his palms to the crowd, encouraging them to take it up a notch, and they obliged with glee.

Suddenly, he lifted his euphoric face to the sky, swaying back and forth in focused ecstasy. One arm shot up, an index finger pointing the way to heaven, as he squeezed his eyes shut.

Music burst in a sizzling shower over the DJ and crowd as they leaped together to its driving beat. It got to me. He got to me. I licked the heavy gloss I’d applied preshow before I realized what I was doing, and pressed my lips together trying to fix it. Things lower clenched. Too bad he’s so young. I sighed. And not a vampire.

A tingling on the back of my legs dragged my attention back to my goal for the evening. Peeking over my shoulder, I drove the hoop around my hips, the LEDs smearing white and seven-colored orbits over my mostly bare body. Turning toward a pair of crimson eyes, I dropped my Day-Glo-painted eyelids to half-mast as his burning gaze slid over my boy-shorted backside.

My white halter top glowed in the black light as the strobes made the sequins flash like Christmas lights. The music paused unexpectedly and the DJ mumbled into the mic, “I just finished this song half an hour ago on the tour bus.”

The horde screamed its ridiculous approval. When he turned the music back on, I kicked the second hoop into play. It was all improvised, of course. I had no idea what the DJ was going to do during the show, and he apparently hadn’t known either, considering I never got a playlist. So, to prepare, I’d practiced to all his music all week.  This song sounded familiar, but if he’d just created it, I guess it had to do with absorbing his style.

The blipping sample of a laser blast penetrated my sternum, my heart tripping with it. As a quiet drum calmed the moment, I returned the hot stare of my quarry. I couldn’t make out the details of his features, but when I blurred my gaze and tapped into what most healers referred to as their “third eye”, I could see the subtle energy pulse of his aura: definitely vampire. Anticipation bubbled up my spine. 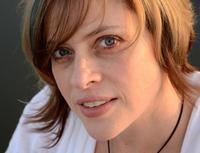 Melissa Lummis writes new age suspense in a fantasy setting, but her stories are also straight up, steamy adult romance. The Love and Light Series is currently available at Amazon exclusively, as well as the Little Flame Series, a spin off focusing on the character Fiamette from the Love and Light world.

Melissa considers herself a truth seeker and a peaceful warrior, in addition to a paranormal and fantasy author. With too many interests for her own good, she has rarely been content with one vocation. Her first professional life was as a high school English teacher, which led to another incarnation as a wife and an instructional designer /technical writer. After starting a family, she found herself reincarnated yet again as a mother, yoga instructor, and personal trainer.

While all her past lives have contributed to who she is today, yoga has become a part of how she gives back, maintaining her Registered Yoga Teacher status with Yoga Alliance so she can help people one-on-one to overcome physical limitations and heal themselves. But she has always been and always will be a writer. She’s authored dozens of wellness articles for various publications, as well as maintains a blog focusing on wellness, healing, and living a life on purpose.

A Yankee by birth and a Penn State graduate, she lives in rural Virginia with her husband, two children, an Alaskan Malamute, and a myriad of forest creatures. Melissa believes the universe conspires to help an adventurer, and if we live our lives as if it is a daring escapade (and it is!), then everything we need will find its way to us. 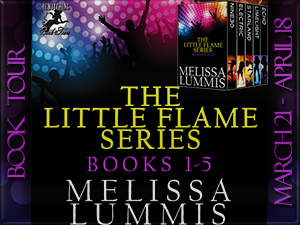