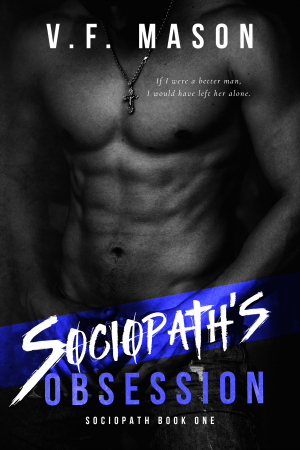 Sapphire
Life, as I knew it, was over one year ago.
I lost my family, my home and any support that came with it.
Living in a crappy apartment with my roommate and working two jobs was not how I envisioned my future.
However, that was one of the things my family had taught me.
Dreams and illusions held no power in the real world.
All this was worth it though as long as I knew I was safe.
Until he showed up, shattering any peace I had.

Sociopath
Violence towards those who wronged me was my only salvation and revenge.
Nothing brought me greater pleasure than the pain and suffering I inflicted on my victims.
Until I met her.
She became my obsession.
Sapphire.
My Sapphire.
If I were a better man, I would have left her alone and never made her part of my life.
But I was a monster.
And monsters didn’t have hearts. 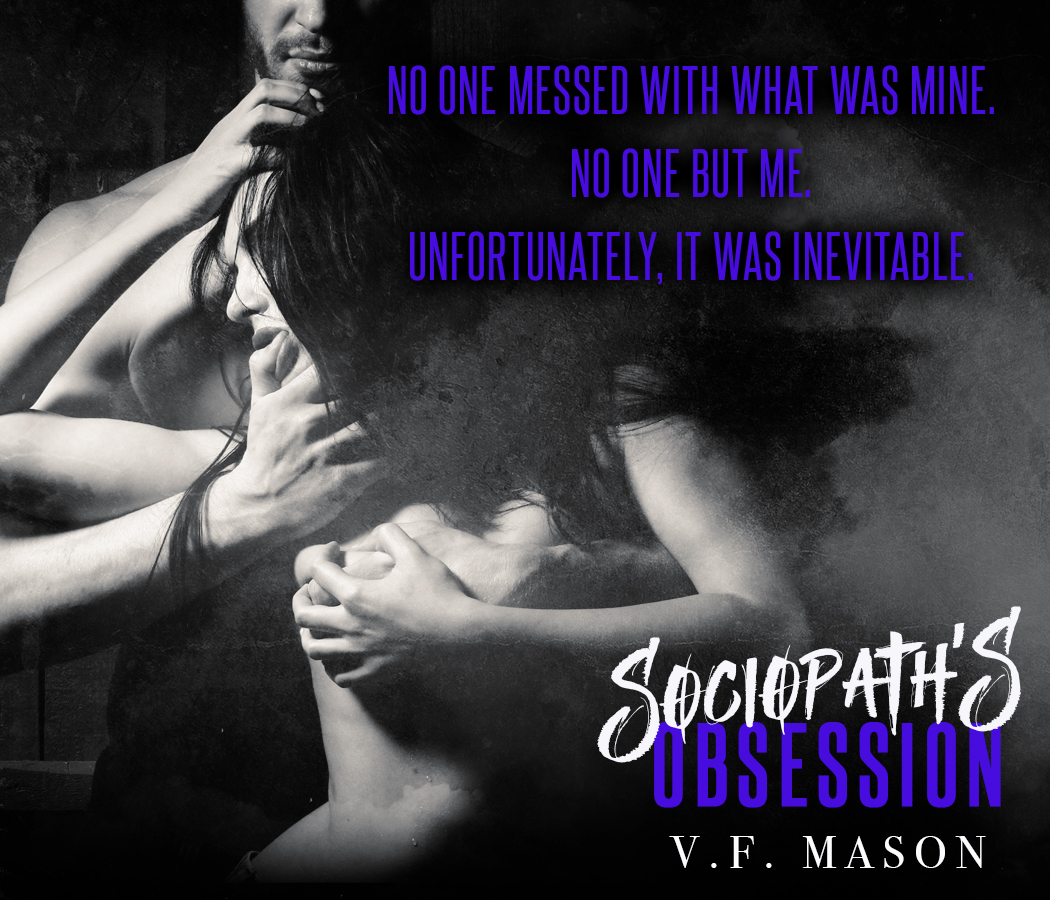 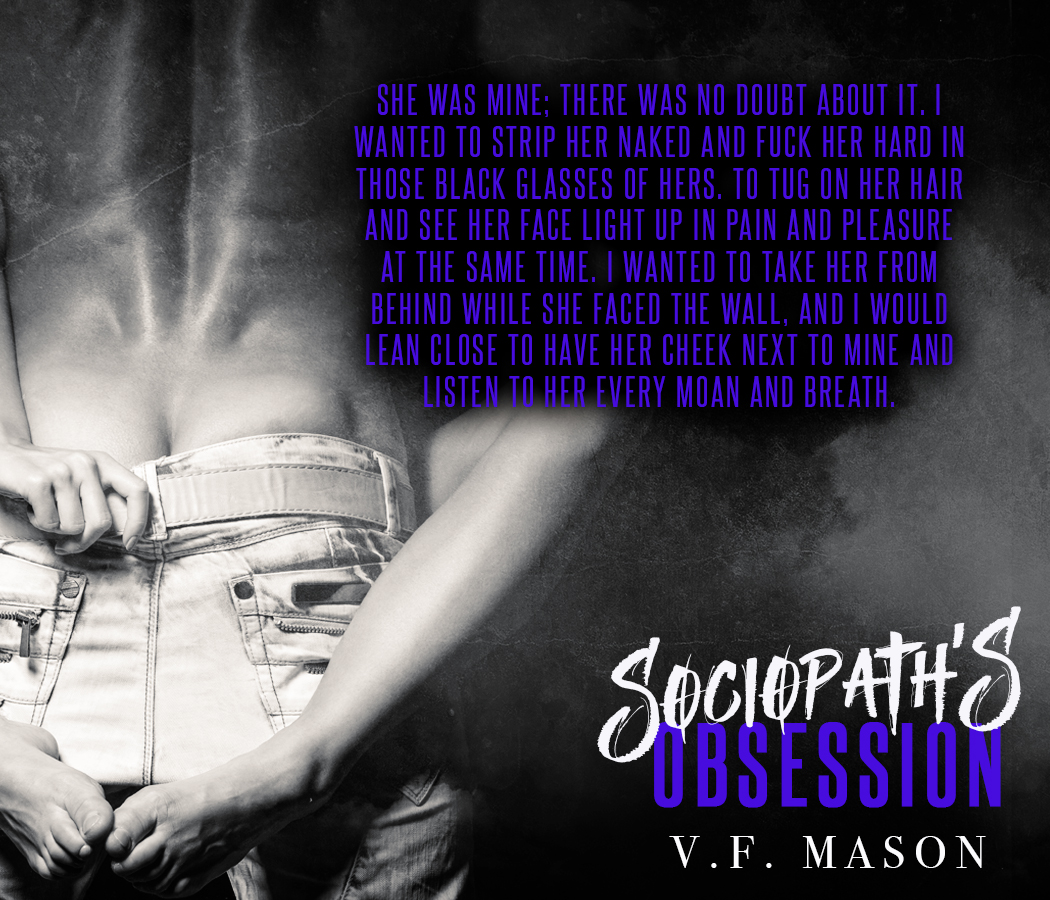 What Others Are Saying:

“All I can tell you is if you want a book that is going to crawl up into your skin and grab a hold of your soul this is it. Its brutal, its terrifying, its consuming and its one of the best (yes friends) love stories of two people I have EVER read.” – Reader Review

“I’ve read a lot of dark books, but I think this may be one of my absolute favorites I’ve read this year!!” – Alpha Book Club 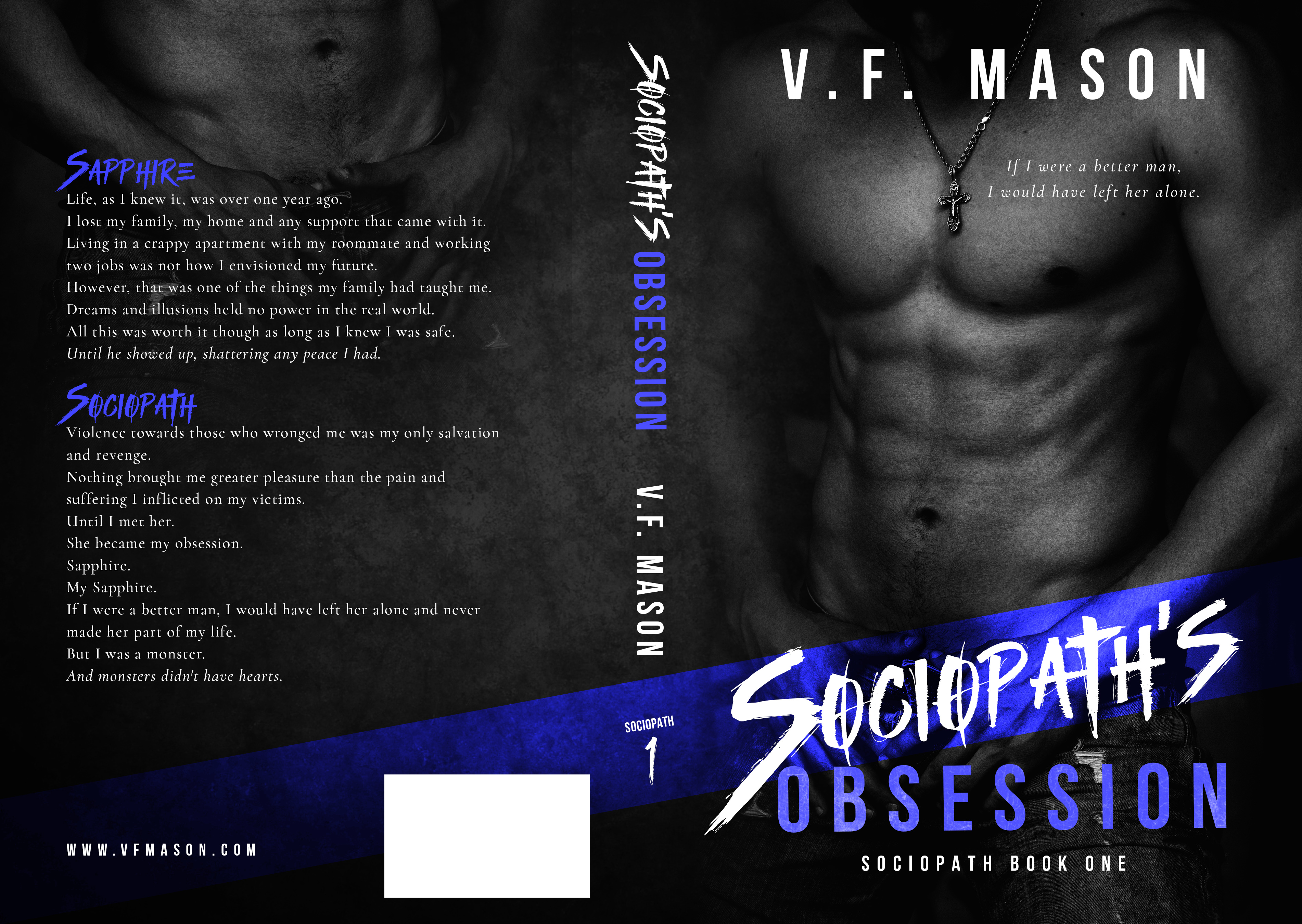 The man in the chair was pinned to the wall with several straps across his chest. He cried out in pain as I relished the exquisite torture my hands inflicted on him. It was truly a work of art to make a man suffer agonizing pain, but not enough to die.

I’d mastered it for many years, learned everything there was, and practiced my craft religiously.

Nothing was off limits for me.

I loved this—the feeling of power and knowledge that I could play with my victim for days, and sometimes, if the mood struck me, for weeks. When I finally had enough, and it was always about me, I’d kill the fuckers quickly. They tended to get on my nerves with all their whining.

The most boring part in the whole process was disposing of the body—not much work there—and then covering my tracks so the traces would never bring anyone to me.

However, the idea of anyone suspecting me of such things was laughable.

I was the one who sent condolences to their wives and families, if they had any, and the one who actively participated in police searches.

People were very naïve sometimes. They had no idea appearances could be deceiving.

What they thought was dark, might be the only salvation to human kind.

“Mercy.” The fucker was choking on his own blood; his voice was barely a whisper, and his eyes were wide with fear. It made me chuckle.

“Never.” I held the knife, small but sharp, and engraved small patterns on his back, which earned me another cry of pain. The familiar, disgusting smell of urine filled the air. How many fucking times could this guy piss his pants? Adjusting my nose mask better on my face, I continued to write the names on his back, so he would know what the fuck he suffered for.

You’d probably think I was a monster.

Well, you wouldn’t be wrong.

I loved torture and pain, but only when I was the one to inflict it.

I was the witness, judge, and executioner all at once.

No one knew better than I did what it was like to be in their position.

No one was born a monster.

He made me the person I was, and I was glad for his ‘gift.’

Sociopath took care of men like him, made sure they suffered to death. They would never get an easy death from me. I’d make them suffer for all the shit they’d done. It was fun and well deserved.

Mercy. What a funny concept.

I would never have mercy for anyone in this world, let alone for people who were the same monsters as I was.

I was not that generous.

No one knew about it; no one knew my name. They only knew a nickname.

And those who received an e-mail with that name knew the end was coming.

It was part of my high, to watch them for weeks being cautious, uneasy, and frightened of every step. They knew why they would suffer.

And I never wanted more.

Women were interchangeable, and I only used them when I needed a cover.

Sex was a chore, a necessary weapon to use when information or access was needed. Nothing more, nothing less.

Until I met her.

Meeting her changed something inside me, and my control snapped.

She was a target, just like everyone else. One touch from her, and she became my everything.

Instead of being repulsed by her, I yearned to touch her, and for her to become undone under me. My head was filled with images of our bodies covered in sweat when she was spread on the mattress in my dungeon, her body covered in my bite marks of ownership.

I never wanted to hurt her, but I wanted to own her. Brand her as mine for the world to see and accept me as I was.

She had the bluest eyes I’d ever seen; it was like looking into the clear blue sky.

They were warm and beautiful.

If I were a better man, I would have left her alone and never made her part of my life.

But I was a monster.

And monsters didn’t have hearts. 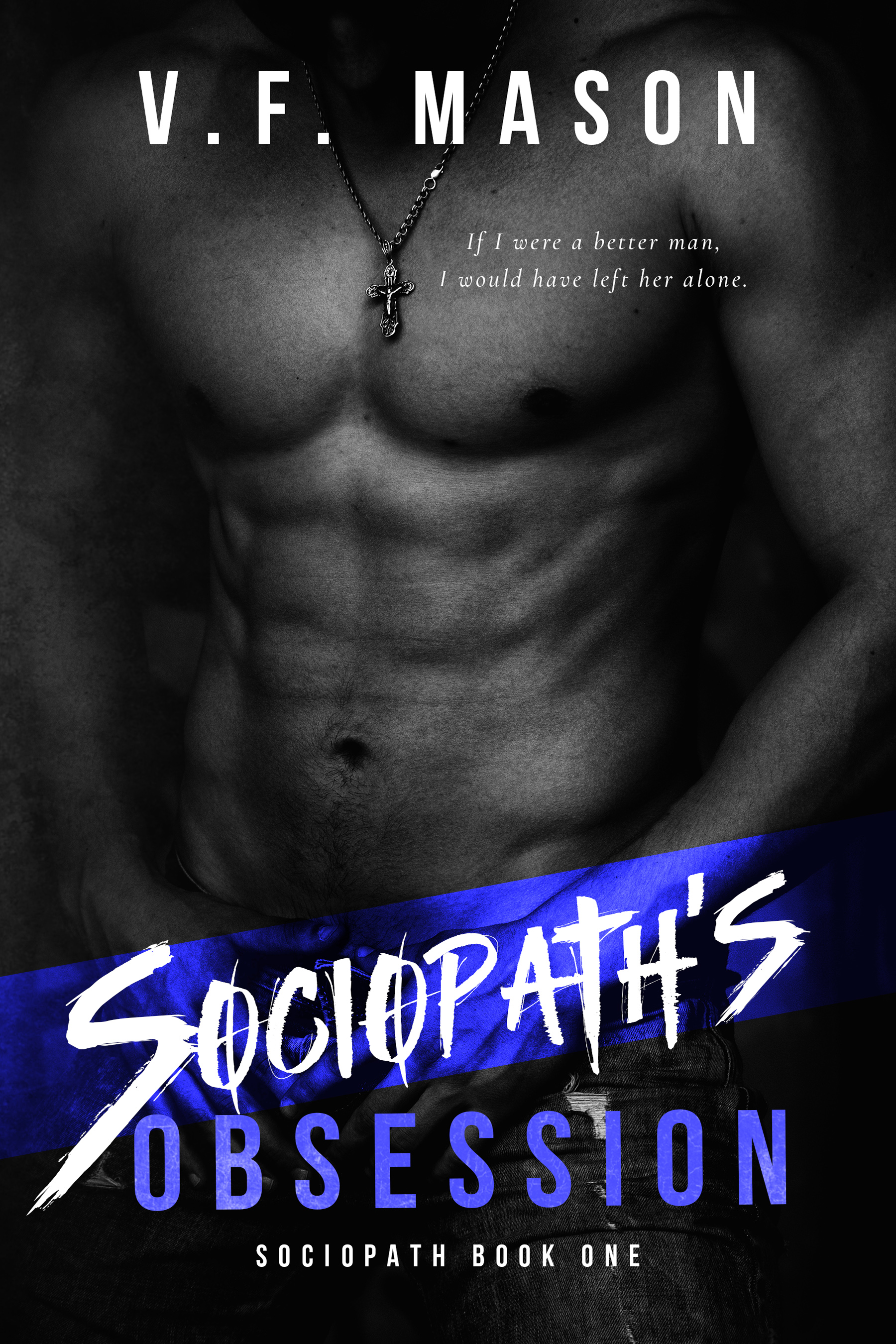 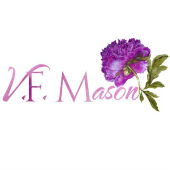 V.F.Mason always loved reading books and had quite a few fights with her momma over the genre she liked (romance, duh!) She studied filmmaking and thought that would feed her desire for stories, but that didn’t happen.

Finally, when she was tired of all those voices in her head, she sat down and wrote a book. It was a huge decision to make and she thanks her friends and family for supporting her in it.

When she is not writing, she can be found with her friends doing all sorts of crazy things or reading recent romance books that were written by her favorite authors.