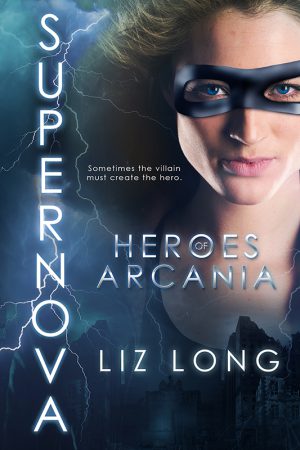 The streets of Arcania are overrun with crime, deteriorating as a madman named Fortune makes himself at home. He shows no mercy, striking down anyone in his path – including Nova Benson’s little sister. Devastated, Nova vows to seek justice for her family, but aside from her freak strength and impenetrable skin, how is she supposed to stop a monster like Fortune?

Cole Warner wants to help people. Entrusted to keep his family’s secret, he’s also frustrated at having to hide his gift. He knows he could do more to help in the fight against Fortune. If he could convince his sister Penelope to join him, they might even have a chance at beating him. When Cole meets Nova, he realizes his whole world is about to change. And he’s going to welcome it with open arms.

Falling for each other wasn’t part of the plan.

Then again, neither was becoming a superhero.

SuperNova by Liz Long
My rating: 5 of 5 stars

You know how in the recent years both Tv and Movies are all about superheroes? Well I have to say that I am liking them in books more.  A friend and I were going over the movies we needed to watch and I had still yet to go see the third X Men movie.  I saw the Captain America one fairly quickly after release and as usual we were debating that I loved Marvel movies better than the DC Comics ones, but DC did a fab job on regular television.  We are not discussing the ones on Netflix, that is different.

I have always liked those movies and shows and to be honest, I have never ever read the comic books.  So lore wise, I know nothing (worse than Jon Snow).   But it doesn’t stop me from enjoying them, and more recently to enjoy them in proper books.

Looking back since I started this blog, I was given the chance to review Blood Surfer, then came The Halfling and now my dahhhlings we have SuperNova!  Can I just say that those books are awesome and Supernova is way way out there in terms of pace, action, characters, drama… let’s see the book has it all and so much more!

Let’s see, it all starts with pretty much a tragedy!

This one really sucks and is quite upsetting actually and it makes you empathise with Nova our main girl very quickly and easily.  But, and you knew there was a but coming she is not like the rest of her family, Nova is “gifted” and it is pretty much a secret, no one knows not even her best friend Henry that she has been besties with her whole life.

I did say there was a but, though it fact it is a big BUT!

Enters into the picture yummy Cole and his sister and well…

I really do not want to say too much, but based on the cover and the blurb, you have already tons of info to make you guys happy!

I loved Nova and Cole, they are typical teenagers and yet they are more.  Nova is the more complex one of course since she lost her little sister, grew up differently due to her gifts and had to keep them a secret from anyone who isn’t her direct family.  Plus now we have the added layer of revenge/justice however you want to see it and the discovery that she is not alone.

Cole is different, he has know what he was and grew up with that understanding, though it has also to remain hidden, it was not the same thing for him, plus he likes our Nova and that makes him A Okay in my book.

The building of their friendship and relationship was really nicely done and at the right pace, even with sister’s interference and Henry’s.

The part most annoying is the end, we ended on a cliffhanger and those have a way to be irritating because I lack the patience to wait and I always want to know what happens next.

I have not mentioned our resident super evil baddie Fortune, a nasty piece of work and just as I like them super easy to hate. But there is something going on there behind the mischief he does and the secrecy he keeps. Oops I may not have told you that he too is gifted.

The good news is that we know there are 3 books to the series and now I only pray that we do not have to wait overly long to get some answers.

Supernova was action-packed, exciting and really well written.  The characters are so vivid and very lovable.  I am sure you will be falling in love with them just like I did.

Plus, did book did make me want to have a superpower too, so if you are like me and love all these kinds of movies and tv shows or even comic books, this is the one for you.

Now all I need to know is the release date for book 2 and be begging for a copy (pretty please dear Liz) and be able to tell you more and more!  If I get more news and updates, I will make sure to update the post for you all, in the meantime you have Supernova to read! 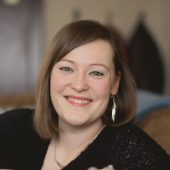 Liz Long is a proud graduate of Longwood University. Her inspiration comes from action and thriller genres and she spends entirely too much time watching superhero movies. Her day job includes writing for a magazine publisher in Roanoke, VA.

The Donovan Circus series has best been described as “X-Men meets the circus.” Adult horror story Witch Hearts tells the tale of a serial killer hunting witches for their powers. New Adult PNR A Reaper Made is about a teen Reaper who gets caught between falling in love or saving her sister’s soul. All titles are available for paperback or ebook on Amazon.

To learn more about Liz (including more information on her books, plus writing, marketing, and social media tips), visit her website: http://lizclong.com.