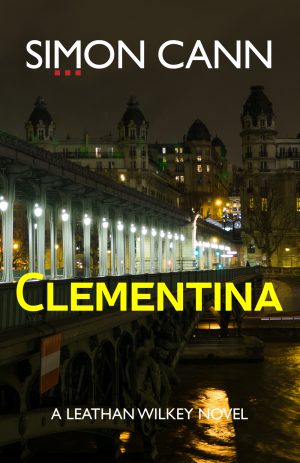 Leathan Wilkey has been hired to babysit Clementina, a seventeen-year-old whose rich daddy is going through a messy divorce and is over-compensating.

Leathan soon tires of her spending habits, her selfie obsession, and her social media preoccupation as his ward drags him from shop to boutique to jeweler, approaching each with the self-possession that comes from a lifetime of getting her own way and never once having to worry about money.

But when Clementina snaps her fingers and her boyfriend doesn’t come running, something is up. He doesn’t appear because he’s been murdered.

When Leathan investigates, he finds that the boyfriend has no background and met Clementina through a connection made by daddy’s business partner.

Daddy’s business partner who has been slowly and progressively putting daddy in a vice, grabbing more of the business, and who is now menacing Clementina directly to manipulate daddy.

Johnson McElroy and Orville Michael Mallet seemed pleased to have fixed a problem. A problem where I was having trouble understanding what really made it a problem.

“You know the way out,” I said, as if I had a clue. I only knew how to enter and leave if I was driven by Reece.

The two headed for the elevator and I made my way through the cavernous entrance hall back to the open living space and the kitchen area. The kitchen area, which had more floor space than most apartments I had lived in.

“I should have a word with Clementina,” I said to Angeline Bautista, the housekeeper who had remained invisible while the two company men had been present.

“She’s gone out,” said the housekeeper.

“What did Reece say?”

“Reece—the driver. What did he say?”

The confusion remained. “Nothing.”

“But he must have said something when he came up.”

“She went to him?” I could feel the hesitation in my speech as my brain tried to catch up with the situation and make sure my language was unambiguous for the non-native English speaker.

“No. She went out on her own,” said Angeline.

“While you talked,” she said with greater emphasis.

She tilted her head from side to side. “Ten minutes?” she said. More a question than a statement.

I pulled out my phone and called Reece. “Does Clementina go out on her own?”

Reece swore under his breath. “I’ll be up.” 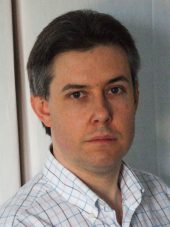 Simon Cann is the author of the Boniface, Montbretia Armstrong, and Leathan Wilkey series of books.

In addition to his fiction, Simon has written a range of music-related and business-related books, and has also worked as a ghostwriter.

He lives in London.

The book will be free on Amazon from Monday 25 July to Friday 29 July (inclusive).