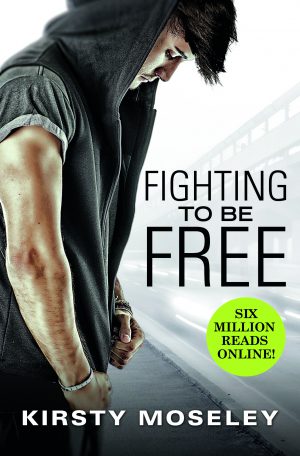 All his life, people have told Jamie Cole that he was born bad. Maybe it’s true, maybe it’s not. But that doesn’t matter now. Because after a lifetime of demons, Jamie has finally found an angel.

Ellie Pearce learned the hard way that boys can’t be trusted. But the night she meets Jamie, something shifts. He’s different: brooding, a bit dark, determined to change. The connection they share is intense, compelling. Ellie tries to resist, but with each breathtaking kiss, she can’t help falling deeper.

Things between Ellie and Jamie are perfect—and perfection can’t last. When fate goes horribly wrong, Jamie’s only hope of saving his family is to strike a deal with the devil. Most of all, Jamie wants to prove he’s the person Ellie believes him to be. But if she learns just how much he’s been hiding, Ellie won’t be able to believe anything Jamie has ever told her…

You know the first few pages when I started reading this book, I did not think I was going to like it.  I started it and put it down a couple of times before I dove right in for this post.

I always wonder when that happens if it is the book or just me having way too much on my mind with work, life etc… you all know what I mean.  However, I was so so glad to be proven wrong because Fighting to be Free is absolutely fantastic! I just LOVED it!

With LOVE in caps too.. that ought to tell you something!

I found our hero Jamie really something, he is the product of his circumstances and yes he made so many mistakes at such a young age, but you know what at his core he is a good person. I don’t feel that way often, I felt so very bad for him.  I did and I still do!  I found him to be such a complex and relatable character, he is so likable and charming and Jamie made me smile.

We also have Ellie.  Ellie is so lovely too a nice girl not too much drama going on… and again a really good and nice person.  I really liked her from the get go, she is a little bit of a naughty goodie but really fun and she added a really great amount of heart to the story.  She is so loyal and caring, pretty much angelic really.

Now I do not want to give you spoilers, cause well I think with this book you really need to read it to really love it. I know I say that and usually let a few things slip but here I focused more on Jamie and Ella than the plot.

Don’t get me wrong the plot is important, because what happens is what influences Jamie and Ellie’s relationship and their actions.

Can I tell you though that I was so upset when I finished it and realized that I would have to wait for the next book?  I thought this would be all contained in one book.

Now I have to agonize and wait for book 2 called Worth Fighting For to know what happens next. Is the series going to be 2 volumes or will it be more?

I am not sure, but then we will have to wait and see and in the meantime, I hope you fall in love with this book the same way I did! 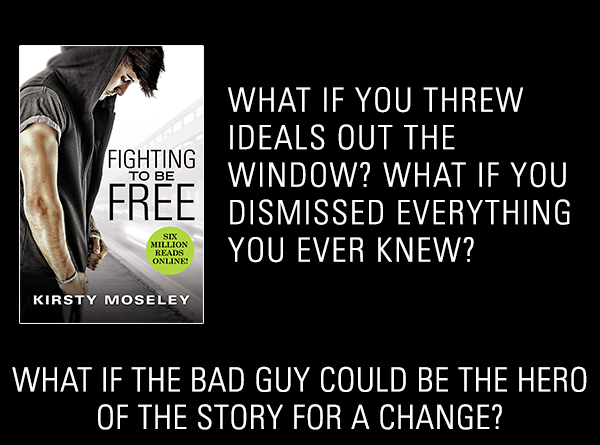 He rolled onto his side, reaching out his hand and pulling me against him as he slowly ran his hands down my back.

“That was incredible, Ellie,” he murmured, kissing my nose. He was grinning from ear to ear as he stroked his fingers across my cheekbone.

I smiled and sighed contentedly. “Yeah, it was.” And it really had been. That was incredible; he had been soft and tender, his hands seeming to explore every part of me as he’d taken my body to heaven and back again. He wrapped his arms around me, pulling me tightly against him, tangling our legs together as he just looked at every inch of my face with a small, satisfied smile on his lips.

“You don’t have much stuff,” I stated after we’d been silently cuddling on his bed for a couple of minutes.

“Where were you living before?” I probed, wanting to hear the sound of his sexy voice some more. He shifted uncomfortably, and I took the hint that he didn’t want to talk about it. “That’s okay, you don’t have to say.” I rolled so that I was on top of him and sat up, straddling him. He ran his hands up my thighs and rested them on my hips, just watching me with a satisfied smile on his face.

I sighed. It was time to go. This was where it got a little awkward. What was I supposed to say? Thanks and good-bye? “So, I guess I should get going. Would you mind calling me a cab?” I asked, climbing off him and looking around the room for my clothes.

The bed creaked behind me. “You’re going? Why?” I didn’t need to look to know he would be frowning—I could hear the shock in his tone.

I smiled at him over my shoulder. He was sitting up on the bed, a little pouty expression on his face as he watched my every move. “Well, I’ve never had a one-night stand before, but I thought that was how it worked: You have sex and then you leave,” I joked as I pulled on my panties.

He shook his head. “No, I mean, why do you have to go now? You can stay the night; I’ll drive you home in the morning.”

“You want me to stay the night?” I asked disbelievingly.

He pushed himself up off the bed and walked to me in all his naked glory. I couldn’t keep my eyes off his body. “Yeah, I want you to stay the night,” he confirmed, smiling his sexy smile at me, making my stomach flutter.

Oh, I can definitely stay the night! 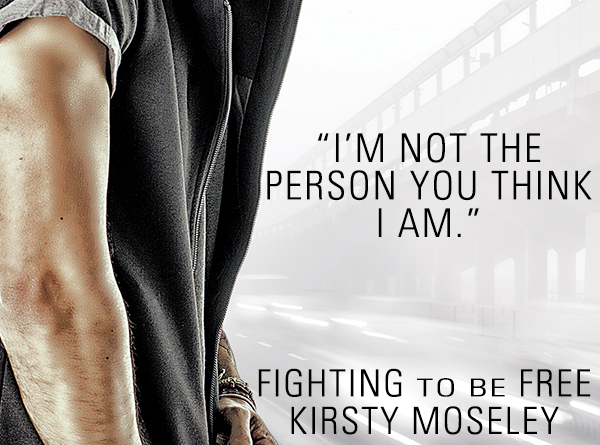 THE FIGHTING TO BE FREE SERIES 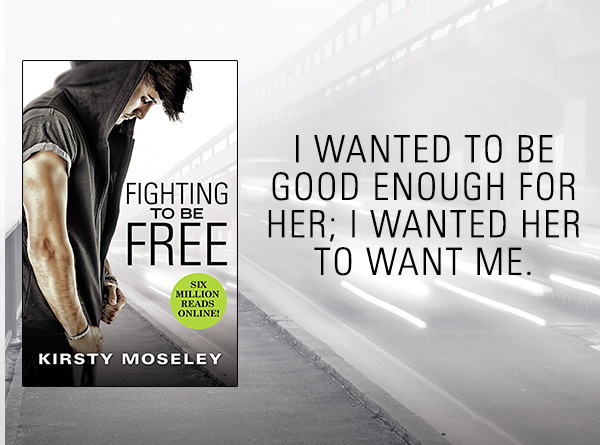 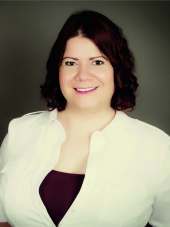 Kirsty Moseley has always been a passionate reader with stories brewing in her head. Once she discovered Wattpad, she finally posted a story. Seven million reads later, she self-published her debut novel, The Boy who Sneaks in my Bedroom Window, which later became a finalists for the 2012 Goodreads’ Choice Awards. Kirsty lives in Norfolk, England with her husband and son. 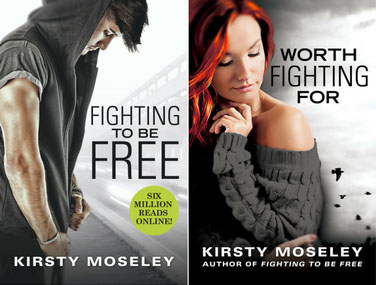