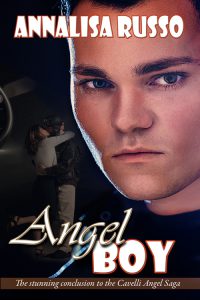 Private Investigator Meg Cavelli wonders why her traitorous family has trotted out the fatted calf for Seth Truitt, the boy who left her flat eight years ago. Now he’s back, sexier than she remembers, and needs her help. How can Meg accept Seth’s no-strings-attached deal in return for bringing a deranged predator to justice, when their steamy attraction to each other might very well get in the way?

Army Air Corps pilot Seth Truitt needs help to erase his dark-stained past, but soon realizes helping Meg Cavelli solve a dogged criminal case in return for salvaging his military career might be more dangerous than flying P-26 fighters for USAAC. But since Seth has no intention of letting Meg go again, he’ll stop at nothing to keep her safe from the twisted, unnatural threat they dubbed “the monster” as kids.

As the mystery unfolds, joining their minds and hearts might be the only way to stay alive.

Seth Truitt stood on the street in front of the only home he remembered. The autumnal drizzle of mid-October wet his thick mop of brown hair and plastered the starched shirt of his uniform against his skin. He turned back, grabbed his leather flight jacket and small duffel bag off the back seat, and paid the Yellow Cab hackie.

As the cab sped away he let the sight of Bellaluna sink in, soothe.

Bellaluna, beautiful moon in Italian, the ancestral home of the Cavelli family—people who took him in—raised him really—a place for family, for love, and now for sanctuary, he thought.

His Army Air Corps-issued boots crunched gravel underfoot on the long walk to the back yard. The overspent blooms of summer stretched proudly upward from terra cotta pots set on the flagstone portico. Faith’s attempt at a green thumb—his sister, Doctor Faith Cavelli now, and only living blood relative.

He wasn’t related to any of them by blood… but he was by heart, by love. 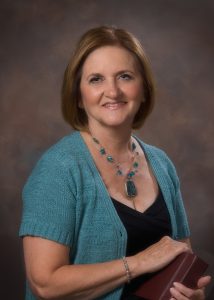 Annalisa Russo is a Midwest girl who grew up in an overpopulated first-generation Italian family in the burbs of Chicago, the setting for her historical romance novels based in the 20th century. Her first series will be completed with the release of Angel Boy, the fourth book of The Cavelli Angel Saga. The series chronicles the lives of Italian immigrants in the 1920’s and 30’s. Along with a passion for reading and writing, Annalisa enjoys gardening, cooking for company, and frequently invents reasons for traveling. The mother of two grown children, she inherited a narcissistic tabby named Buster who really runs the show.

Annalisa will be awarding a $25 Amazon or B/N GC to a randomly drawn winner via rafflecopter during the tour.