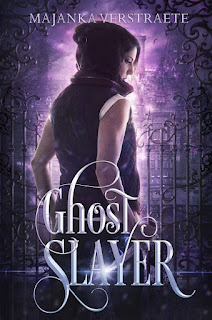 I have been trying to dig deep and recall when was the last time I read a ghost story like that one that is nota pure horror story, and for the life of me I cannot recall.  I would have preferred to be reading this one for sure for Halloween than some of the very scary book, I did read for the occasion.

Here we have Kaelyn that is a Ghost Hunter, she is also a college student and lives with the ghost of her mom.

She pretty much kills mean ghosts.

You know, I try not to give out too much spoilers, but I can tell you that I really like Ghost Slayer!  I am not sure if this will become a series, it certainly has the potential and the characters have a lot of room to grow and misbehave…

I have a lot of questions, and there is a lot of backstory that I am really curious about, that again can be filled in future books; it really depends on Majanka’s plans.

As a character, I really liked Kaelyn quite a lot!

Though dabbling in killing ghosts which is quite uncommon, I found her to be relatable and actually down to earth; I enjoyed her spirit and her fight.  I mean you can clearly see that she is, despite her powers a normal girl wanting what we all do.

The other characters are equally as good and certainly entertaining some providing levity when needed.

Ghost Slayer is a lovely read, it had good characters and an interesting story, I am now hoping that this is the first book of a series where Kaelyn will have a lot of adventures in hunting ghosts!

I would love to see the gang back!

When can we expect book 2? I am only asking cause I read this one in one go and I am not crazy about waiting for a year for the next one pretty please!!! 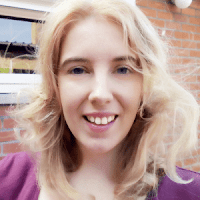 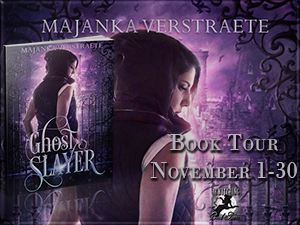