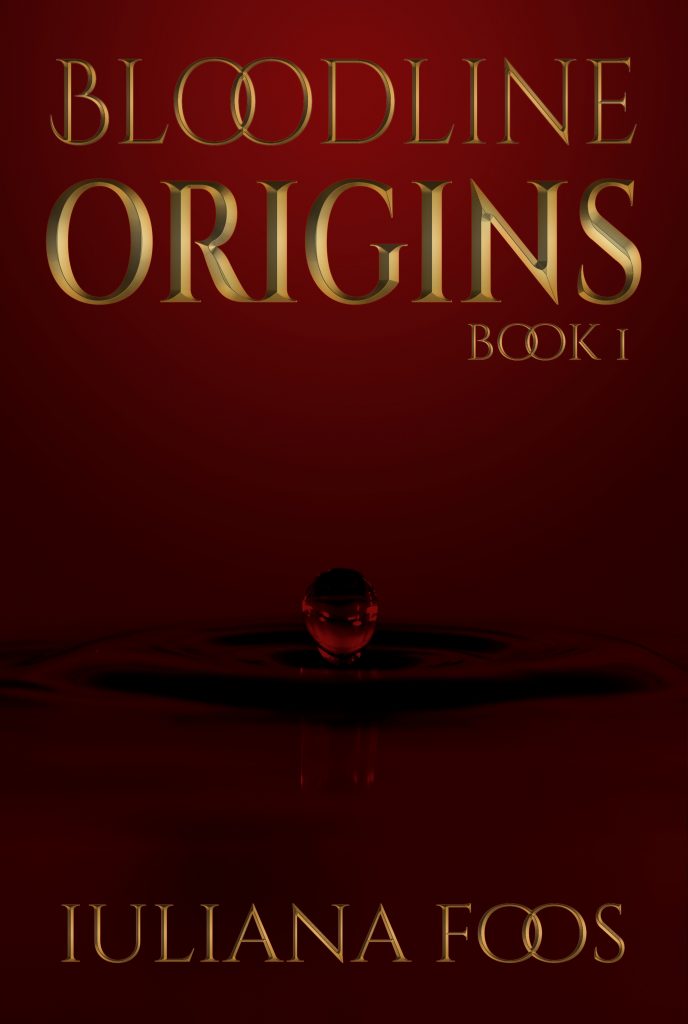 Determined to turn her fantasy into reality, Ana starts her journey to become a vampire. Along the way, she learns the truth about their secret society, discovers her prestigious bloodline and falls in love.

Not all vampires are accepting of humans and war looms in the shadows. An ancient tome reveals the vampires’ alien descent and sparks war.

An army bent on eradicating her coven’s existence threatens her new world. Survival or annihilation will be in Ana’s hands.

I think we all know by now that I love any book with vampires in them, it is usually way up there in the preference ranking; for this reason, it should come as no surprise that I was very happy to get the ARC for Bloodline.

Let’s be honest there are no many stories you can do with vampires, but I really enjoyed this was more of a romance where some of the characters were vampires.

You know how I love originality in my books and here I was so pleasantly surprised at what I read like I said it is mostly a romance but what I truly loved is the uniqueness of the origins of the vampire race as depicted here.

One other thing, that I truly enjoyed was the fact, that we got the story straight, so we understood exactly what we were dealing with. Sometimes, backstories are done in other ways such as short flashbacks etc… but my impatient nature is usually screaming wanting for the story with no gimmicks!

Here I got my wish…

What a refreshing change…

For the love of all that is holy, please do not change!!!!!!

I already gave you a lot to think about…

But back to the book and the main characters, we have Ana (human) and Andree (vampire); between us, I have to admit that his name threw me off as I was reading since for me (as I am french) Andree with 2 e, well is a girl’s name. The guy would be spelled with just the one.

It is no biggie, I promise and it did not take away from my enjoyment as Andree was quite fascinating, and Ana started growing on me more around the end of the story.

FYI, I can tell you that there is going to be a book 2 and 3 following, and well with the ending I did realise it.  However, there is no major cliffhanger at the end, so nothing for me to agonise over (thank the powers that be).

I am going to be highly recommending Bloodline Origins to you guys, as I hope you enjoy it as much as I did!

“Some had pale skin with dark tattoos. Others had darker skin with luminescent body markings. White eyes beamed toward us, empty, emotionless. Most of them had slightly pointed ears. They were taller and bigger than most people I knew. Some glided, others walked, and all wore long black robes.”

That’s kind of cool. Ana tried to visualize those chained, and the tall silhouettes gliding inside the cave. It made her shiver.

“They inspected everyone in the room and separated us into groups. We were the lucky ones, they said, chosen to rule the Earth.” Jonas ran his hand over the lower half of his face. “They spoke our language with ease.” He leaned against the backrest of his chair again, as if he wasn’t used to sitting, or he was uncomfortable. “It seemed the ones with darker skin and luminescent tattoos were higher ranked. One of them signaled, and more came in.” He glanced at Ana. “On some floating carts, motionless human bodies were piled up, and we each got one dropped at our feet—”

“Where they dead?” Ana interrupted.

Jonas shook his head. “No. They showed us how to feed. That was the first time I drank human blood.”

He stopped again. Ghosts seemed to be haunting his eyes, as if trying to escape.

Ana gathered her legs, curling them under her frame. She had dismissed the earlier lesson from Mara in regard to the posture.

“Who were they?” Ana slightly leaned forward, devouring every word.

Jonas stared at her like her words woke him from a trance.

“They told us they were from Vamphora. Called themselves Vamphorians and named us vampires.”

“Wait. Are you saying they were aliens?” Ana couldn’t believe her own words.

“Yes.” Jonas nodded in agreement. “They were searching for a new home. Theirs was on the brink of extinction.” 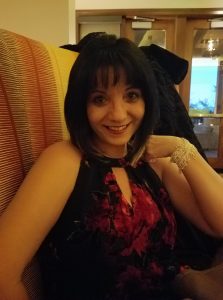 When she doesn’t daydream or write, she enjoys drinking copious amounts of coffee and playing online multi-player games, hoping one day to have a white sanded beach as her backyard.

Becoming a traditionally published author has been a life-long dream turned reality.