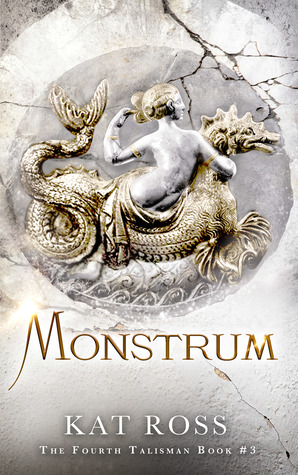 In the third volume of the Fourth Talisman series, the hunt is on for the three daevas whose powers saved the world once before….

On the White Sea, realm of smashers and sea monsters, a ship is carrying Nazafareen and Darius to the Isles of the Marakai, where the wise woman Sakhet-ra-katme has guarded the secret of the talismans for centuries. But another is searching too, a daeva born in the brutal prison of the Kiln, who plans to use the talismans to free the Vatras and their mad king. When their paths collide at the emperor’s lavish palace in Tjanjin, Nazafareen and Darius face their deadliest and most cunning foe yet.

In the mountain fastness of Val Moraine, the Pythia’s minions are on the scent of another talisman, this one from the Danai clan. Trapped behind a thick wall of ice, everyone’s going slightly mad—the perfect cauldron of suspicion and betrayal for Thena, who sees a chance to redeem her failure and bring the talisman back to Delphi. Then she’ll be free to indulge her twisted obsession with Darius—and make him pay.

And in Samarqand, Javid is drawn into the treacherous currents of a royal succession. When the old king dies and his son takes the throne, the depths of the prince’s depravity become clear. A journey north reveals the source of the spell dust he’s addicted to—and leaves Javid with an impossible choice.

Jesus, where do I start?

By now, when you see any book by Kat on my blog, you already know that I have gone gaga over it!  After all, based on all of my previous reviews; we know that Kat can do no wrong in my book!

I know you said 4 books Kat, but you are killing me here!

Plus that thing you said at the end… I knew it!!!

But let us take it from the start… for those discovering Kat’s books through this post for the first time.

So Monstrum is book 3 of the Fourth Talisman series, and I need to tell you that you cannot read it as a standalone. You need to start with book 1 of the series which is Nocturne! But, to make the experience even better… so you have a lot of background info you are going to be needing… I say start from the beginning and read The Midnight Sea which is the start of The Fourth Element Series where you actually get to meet my beloved Nazafareen and her Darius!

There is another series that also spins off The Fourth Element Series but for that, just check out all of the posts related to Kat and you will find them! (Equally as awesome and addictive!)

Now, that I have situated you, I can safely tell you that there is another book after Monstrum (confirmed by Kat herself in the comments of Nocturne) and that I have to wait to see what happens in the end!

However, saying that there is a lot of progress in this transitional volume leading to the finale. We learn a lot more things (I am not telling you!) and we are moving along in terms of understanding the Talismans.

I mean the series is called The Four Talismans, so it is a big part of the story and this is where we actually get to learn more!

And all of this is sorely needed as we are coming close to a resolution.

I predict an epic fight!

And that is going to make so happy!

But yeah, if you have been reading this series then I know you are going to jump in like I did!  I could not put it down and I had a huge smile on my face the whole time I was reading it. However, I have a question. Book 1 and 2 Nocturne and Solis are actual places in the book. But Monstrum is not a place? Or did I miss something? I mean it is possible but all I do is live for what my girl will do next.  Single-minded, I have no excuses!

Though to be fair, I have been open about my obsession a long time ago!

But now, we wait for book 4, I wonder when it will be out. To be fair, it was fairly quick between Solis and Monstrum so maybe we can have it by the end of the year? Not sure… plus I have to take into account that we need book 3 of The Dominion Mysteries!  That is the spin-off series I mentioned above! It is equally to die for!!!!

So there you guys and dolls, another EPIC installment… I really hope you enjoy Monstrum and if you haven’t read any of Kat’s books before.. well what are you waiting for??

I have given you all the info you need to get started!

Let me know what you guys think…