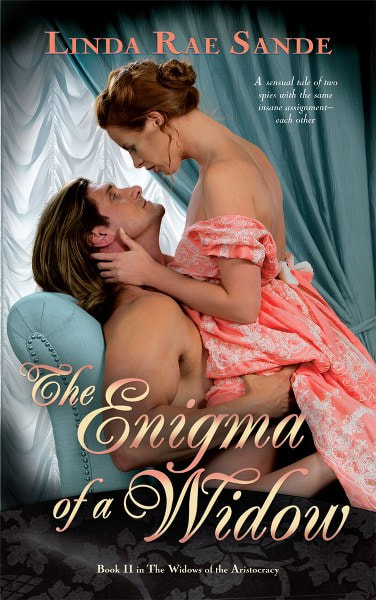 The Enigma of a Widow
The Widows of Aristocracy Book 2
by Linda Rae Sande
Genre: Historical Regency Romance

Having lost her husband in the Battle of Ligny, Lady Lydia Barrymore is determined to resume her work for the Foreign Office when her mourning period is over. She’s spent a year solving puzzles and assembling dissected maps to maintain her skills. Her first assignment has her perplexed, though – do what she must to help a fellow operative recover his sanity. Although she finds the man rather beautiful, Sir Donald has also proved most annoying.

Newly knighted Adonis Truscott returned from the Continent with a tendency to get lost in his thoughts. His frequent episodes of staring into space have his sister claiming he’s a candidate for Bedlam – and he’s not about to argue. He doesn’t always remember where or when he was when he recovers, but he remembers he made a promise, and he’s determined to keep it. A promise to provide protection for Lydia, whether she wants it or not.

When a puzzle’s directions require Lydia to solve it with the help of Adonis, she discovers the man harbors secrets that may be impossible to reveal. With her own sanity in jeopardy – a year-long mystery involving her late husband may be more annoying and dangerous than an errant knight – Lydia will have to piece together a solution that suits them both in The Enigma of a Widow.

Amazon * Audible * Apple * B&N * Kobo
Review:
I did not realize at the time the ARC was offered that this was book 2 of a series, but based on my experience, we can safely say that The Enigma of a Widow can be read and enjoyed as a standalone novel.
I did read it in one go and it was quite enjoyable.
You know how I have been saying for weeks and weeks that I am enjoying those regencies with a twist? Well, there you have another one again a spy novel with a romance.  Though to be fair, the romance was not really at the forefront, because both Adonis (love the name) and Lydia, well do have other pressing matters to deal with.
Honestly, I really did enjoy it. The characters are well written and so real. I felt that the trauma Adonis went through was well explored and utterly believable.  I mean people did not know about PTSD at the time, but I thought that it was a careful and plausible portrayal.
Though can I say that I wanted to wring Adonis’ sister neck for thinking he was crazy!
On on the other side, you give me a lady code-breaker and that is it!
I am in and totally sold!
Because I liked this book so much, I am planning on going back and checking out book 1.  If the whole series is about spies, then I am all for it!
Will keep you posted on how it goes…
No matter what, I really had a great time reading The Eginma of the Widow and going to recommend it to you all!
I do hope you enjoy it as much as I did! 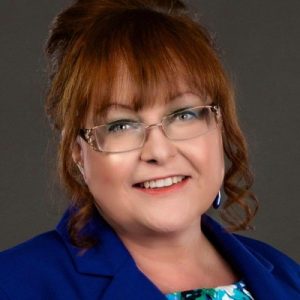 A self-described nerd and lover of science, Linda Rae spent many years as a published technical writer specializing in 3D graphics workstations, software and 3D animation (her movie credits include SHREK and SHREK 2). An interest in genealogy led to years of research on the Regency era and a desire to write fiction based in that time.

A fan of action-adventure movies, she can frequently be found at the local cinema. Although she no longer has any fish, she follows the San Jose Sharks. She makes her home in Cody, Wyoming. See her upcoming books on her website: www.lindaraesande.com.