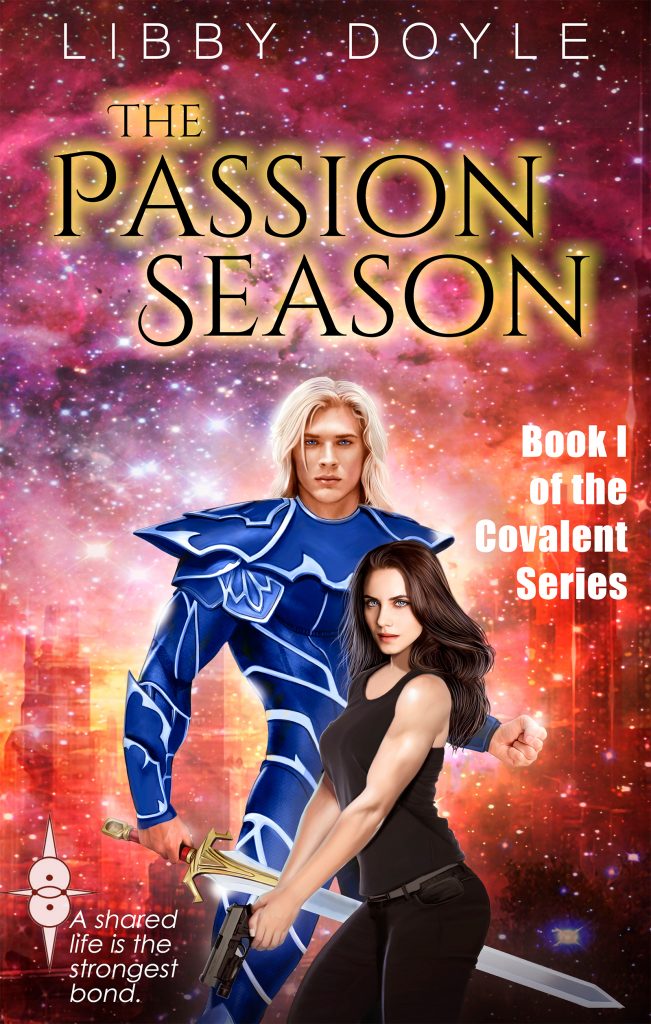 A superhuman warrior from another dimension. An FBI agent with a troubled past. A search for a killer that uncovers a depraved cult.

When Special Agent Zan O’Gara investigates a ritual murder, she meets the only man who’s ever been able to reach beyond her emotional defenses. Little does she know he harbors a dangerous secret.

Barakiel accepted his solitary life after the rulers of his homeworld banished him to Earth, but his growing power has him crackling with restless need. He knows he should stay away from the captivating Zan O’Gara before his enemies make her a target. No matter. There’s no taming the unruly passion of a Covalent warrior.

As Zan’s investigation brings her closer to the truth about her lover, Barakiel realizes his presence on Earth has placed its most vulnerable citizens in danger. Compelled to protect them, he undertakes a series of duties he may not survive, even as Zan rescues him from a deadened heart.

“A tale about Lucifer’s son that deftly draws in readers with engrossing characters.” — Kirkus Reviews

WARNING: This book contains foul language, violence, explicit sex, and descriptions of sexual violence. Adults only! This is not a stand-alone novel, but the first in a five-part series. The Pain Season, Book II of the Covalent Series, will be released 10.23.18.

For more excerpts and ALL things Libby Doyle, visit https://libbydoyle.com.

For my Review of the First Edition, please follow this link: http://www.amkindabusy.com/2016/05/06/the-passion-season-covalent-series-1-by-libby-doyle-2/