I did not realise when I started reading this book that it was a spin off from another series (The Unchecked Series) Though I would have normally preferred to have read the first one for continuity, I did enjoy this book very much.

It was a quick and easy read with it being written from Talon’s PoV. I will admit that when I saw the title of Talon I did not expect it to be the name of the main character, I thought it was odd, but why not it makes it quite interesting. 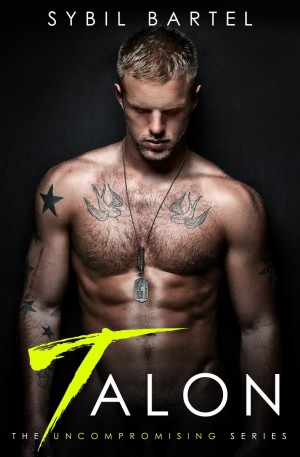 If you have read the original series, I guess a lot of things would make sense in terms of the interactions between all the alpha male characters, and though slightly frustrating I still managed to enjoy the quick read.  I was curious as to why they all spoke Danish to variant levels of proficiency though I suppose that is answered in the previous series.

We cannot deny that Talon can be a bit of jerk at time to his newly found lady love, and at the start of the book it is pretty clear that he is a manwhore in pain! But it fun to see him progress very quickly throughout the book to him regaining some emotional stability and stopping being an ass.

I need to mention though that my favorite character in the book is Kendall with her big mouth and bad bad attitude. She is awesome and she made me crack up quite a bit especially when she goes to the bar as Talon’s date. She just simply made the book better and gave it a little something extra aside from the love story and the big drama going on. I would love to read her story!

Overall, I liked it! It was funny in parts as stated above and there wasn’t anything there that was horrifically bad or a deal breaker for me to dislike it. I think the reason why it went well for me is because I sorta kinda knew what was going on when it came to the MC part of the story. If I had not read the Undeniable series a few months ago I would freely admit that I would have no clue about some parts of the storyline.

It is a good read, I hope you enjoy it. 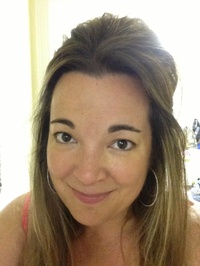 Sybil grew up in Northern California with her head in a book and her feet in the sand. She used to dream of becoming a painter but the heady scent of libraries with their shelves full of books about wistful summer days and first loves drew her into the world of storytelling.

Sybil now resides in Southern Florida and while she doesn’t get to read as much as she likes, she still buries her toes in the sand. If she’s not writing or fighting to contain the banana plantation in her backyard, you can find her spending time with her handsomely tattooed husband, her brilliantly practical son and a mischievous miniature boxer…

Here are ten things you really want to know about Sybil.

She grew up a faculty brat. She can swear like a Sailor. She loves men in uniform. She hates being told what to do. She can do your taxes (but don’t ask). The Bird Market in Hong Kong freaked her out. Her favorite word is desperate, or dirty, or both, she can’t choose. She has a thing for muscle cars. But never rely on her for driving directions, ever. And she has a new book boyfriend every week—don’t tell her husband.

To find out more about Sybil, visit her on Twitter to see what she’s up to. Commitment phobic until she met her husband, she loves those little 140 character snippets.

Or check out her Facebook page, if, you know, you’re feeling more wordy.