Clean is quite a powerful book and really not the kind I would be seeking out to read as a first choice.  If I were to give you my initial reaction it came down to something like: “Holy C***!!!!!!!!”.

Because of the blog, I opened myself to vary my reading which is what prompted to agree to read and review Clean.

The story is about two high school kids, Lanny and Trevor, and how they are affected by the use, abuse and pretty much addiction to alcohol and drugs. We have alternating PoVs and Mia does a great job of going to the deep recesses of the characters through their journey. 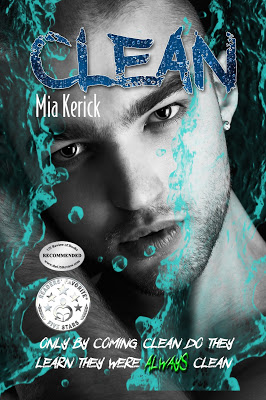 I personally never experimented with drugs or heavy alcohol abuse so it is difficult for me to relate, as I was reading I was feeling more as an external observer than being able to project myself into the story.  It doesn’t mean that I did not like the book, don’t get me wrong but I think here my own personal beliefs related to drugs and alcohol stood as a barrier I think.

I really don’t want to say to much about how the story unfolds, as you know how I feel about spoilers though sometimes I am nice and give you more rather than less (Like at this just above).  It is my way to make you actually read it for yourself.  I always feel that giving away too much ruins the fun of discovery.

Just like my previous reviews of Once Upon a Lie and Wake Me Up, this is a very tough read.  Actually Once Upon Lie was not that tough now that I am thinking about it but Clean is maybe closer to Wake Me Up.

Maybe tough is not right, I am thinking more in terms of brutal!

If I want to sum it up since I did not add the synopsis as I sometimes do, Clean is a story of redemption. That is never an easy journey in either the real of the fictional world.  But Mia has done so brilliantly and so much passion, that is how I felt it in between the lines.

Something that I have not mentioned (Spoiler! See I am nice like that!!!) is the romantic element in the book, since Lanny and Trevor are both young men, you know where I am going and we have here the second book that I have read with a MM relationship.  If you recall or even if you are one of my new readers, I did admit that #Junkie was the first of it’s kind that I had read when it comes to MM books.

The writing was truly excellent and I had mixed feelings about the pace but nothing to actually make it a negative here.  This is not my usual more light hearted reading but I think it never hurts to try something different and this was great in its own rights.

Clean I felt was brutal and in a way unapologetic in term of the topic, we cannot scrub this under the rug and sadly this may be more common that we might think.  I recommend it and I will make sure to read whatever Mia comes up with next for certain. 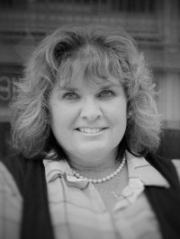 Mia Kerick is the mother of four exceptional children—all named after saints—and five nonpedigreed cats—all named after the next best thing to saints, Boston Red Sox players. Her husband of twenty years has been told by many that he has the patience of Job, but don’t ask Mia about that, as it is a sensitive subject.

Mia focuses her stories on the emotional growth of troubled men and their relationships, and she believes that sex has a place in a love story, but not until it is firmly established as a love story. As a teen, Mia filled spiral-bound notebooks with romantic tales of tortured heroes (most of whom happened to strongly resemble lead vocalists of 1980s big-hair bands) and stuffed them under her mattress for safekeeping. She is thankful to Dreamspinner Press for providing her with an alternate place to stash her stories.

Mia is proud of her involvement with the Human Rights Campaign and cheers for each and every victory made in the name of marital equality. Her only major regret: never having taken typing or computer class in school, destining her to a life consumed with two-fingered pecking and constant prayer to the Gods of Technology.