How do I get started on this one, it is tricky; the reason is because I have never read books with Faes before.  Well no that is not entirely accurate, I have read books where there was a Fae presence like the Sookie Stackhouse books by Charlaine Harris, where in the second half of the series we are introduced to Faes or was it Fairies. Is that even the same?  And if I am not mistaken the Mortal Instruments had faes too and were considered Downworlders.  So yes, I have read books with Faes but not with them being the main characters. 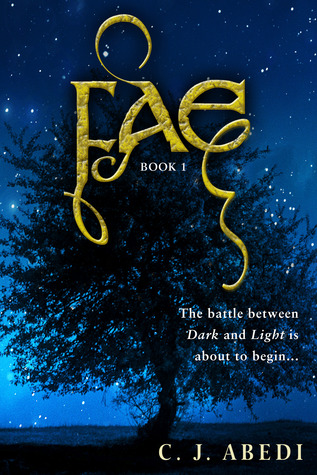 So when the opportunity came up to review Fae, I took it after all why not?  To be honest I was not disappointed in the least, this was really an interesting book with some smart takes in terms of characters.  We have 2 mains ones Devilyn (I so love that name) and Caroline.  There is no other way to say but they are fated Star Crossed lovers.  That does not bode well for our lovely pair.

Once I got into it, I really loved it because it combined (SUPER SPOILER ALERT!!!) some out there elements that I would have never thought of putting together.  I love how the legend of the Roanoke Lost Colony was used with the Fae back story and we even have Odin a Norse God involved.  Here I thought that faes, fairies and the such were all irish!

This is what I like, taking common well known myths, legends and histories and playing with them smartly, I thought that was really brilliantly done.  The story was lovely and easy to read, I did it in 2 sittings. I would have done it in one but I had work to do sadly.

To be honest, I went yesterday to GoodReads and I was surprised to read some negative reviews.  I don’t really read reviews when I decide to pick a book.  I always read the blurb on the back cover or when it comes to ebooks the quick summary and if it appeals to me I take it no matter what.  Since I loved it so much and was already planning to get my hands on book 2 I could not understand some of those reactions.  Everyone is of course entitled to their opinion, but I felt some were unduly harsh. 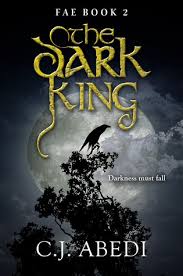 Like I said, I loved it and I think it is really nicely done well written, good characters in terms of Devilyn and Caroline and the evolution of their relationship from the moment they meet to their last seconds together.

One thing I will bring up is that Fae

was released in 2014, so are we not due the final book soon?

I am not sure what is going on when it comes to book 3 but I am already committed to reading book 2 sometimes in May and I promise to post a review and anything else I can find.

As a quick recap, Fae is a super start for a series and I really hope you love it as much as I did.

I found the Book Trailer for you guys 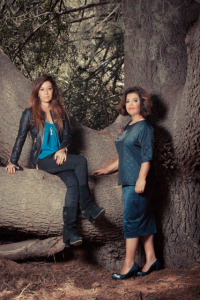 Colet Abedi has been an entertainment industry executive for over ten years. In addition to working on many television programs for NBC, ABC, FOX, and most cable networks, she is best known for her work as head writer for the telenovela serials American Heiress and Fashion House, the latter of which starred Bo Derek and Morgan Fairchild, on the FOX-owned MyNetworkTV. Abedi currently has a series in television syndication, Unsealed: Alien Files and has completed Five Souls, her first feature film. She is also the author of romance novel, MAD LOVE. Colet is a native of California, graduated with a B.A. in English literature from the University of California at Irvine, and currently lives in Los Angeles with her husband and three dogs.

Jasmine Abedi is an entertainment attorney, and has worked with entertainment powerhouses such as Fox, NBCUniversal, ABC, MTV and E! for the past 14 years. She has also worn many different hats in the entertainment industry, with Executive Producer credits for the television programs Posh Tots and the pilots Club Bounce (TruTV), Divas (VH-1), and Life With The Clarks (CMT). In addition to writing, she has also partnered with a law school friend to create the natural cosmetic company Generation Klean, Inc. Their products can be found online at www.generationklean.com and at major retailers (Whole Foods, Fred Segal etc.) nationwide.