Former nurse Summer Jacobs has seen her fair share of suffering, but she never expected tragedy to hit so close to home. After watching her husband die in the MMA ring, Summer spends the next two years fighting her way through the darkness. The last thing she needs is another hardheaded athlete turning her life upside down. But that’s exactly what happens when she meets a gridiron star who’s as skilled at stealing hearts as he is at snagging passes.

Carolina Cougars wide receiver Evan Townsend usually has no problem winning fans, so he’s intrigued when Summer shoots down his go-to plays for winning a woman’s attention. Never one to back down from a challenge, Evan turns up the heat, setting off sparks that neither can deny. But as his slow seduction begins to chase away Summer’s pain, he gets the feeling that someone is desperate to keep them apart. Now Evan will do anything to protect her—because he never misses a chance to make a perfect catch.

Once out the door, I breathed a sigh of relief and slowed my pace. “Come on, Summer, stop acting like an idiot.”

“Talking to yourself now?” Evan teased from behind.

I stopped mid-step and closed my eyes. “Do you enjoy provoking me?”

When he circled around me, I opened my eyes. “Not really, but I do love seeing you blush. I didn’t realize I had that effect on you.”

“You seriously are full of yourself, aren’t you?” How could I be so stupid? There was no way in hell I could hide my face now. I didn’t want him to know how flustered he made me.

Chuckling, he shook his head and kept his gray eyes solely on mine. “I’m really not. I was just hoping to hear your laugh again. I guess I didn’t get enough of it yesterday.”

“So, this is you flirting with me? What do you expect to gain from that?”

He took a step closer and smiled. “For starters, I was hoping to persuade you to come to my party after the game Saturday night.”

My heart thumped wildly in my chest. I could feel the sweat pouring down my back. “Like what? A date?”

“Only if you want it to be. I just figured I’d save you the trouble of having to ward off my teammates. I can name three of the guys who are interested in you. My threats to stop their advances can only go so far.”

“What if I didn’t want to go to your party? I can easily just tell them I’m not interested.”

He nodded and crossed his arms over his chest. “You could, but that doesn’t mean shit to these guys. They’ll keep hounding you until you give in. They love the chase.”

“What can I say? I’m relentless when I want something.” I sucked in a breath and bit my lip. Did he really want me like that? The thought made everything inside of me tighten. It was too dangerous to think of him like that.

“So are you trying to save me from your friends or are you really wanting me to join you? I know how you guys work, and I don’t want to be a part of some game you’re playing to get girls.”

His grin faded, gaze hard. “I don’t play games, Summer. I may have in the past, but I would never do that to you. Have I ever given you the impression that you can’t trust me?”

Sighing, I shook my head. I felt like such an idiot. “No, and I’m sorry for being presumptuous. It’s just . . .” I paused and bit down on the side of my cheek.

“It’s just what?” he asked in all seriousness.

“It’s just this is all new to me. All I’ve ever known is Austin. Being around you makes me nervous. I’m not like the girls you’ve brought into the restaurant. If it’s sex you want, you can forget it. I’m not one of your groupies.” For a second there, I thought he was at a loss for words, but then he belted out in laughter. Ouch, that hurt. “I’m glad I could amuse you.”

When he straightened up, he took off his hat and ran his hands through his hair. And again, my heart sped up at the sight. Shit. “Damn, you are a fiery one. And just so we’re clear, I’m not trying to fuck you or trying to put another notch in my belt. Believe it or not, I’m actually interested in something else.”

“What is that, exactly?”

“I don’t know, but I’m hoping you can help me figure it out.” Grabbing my hand, he pulled me toward his truck. “Let’s go.” 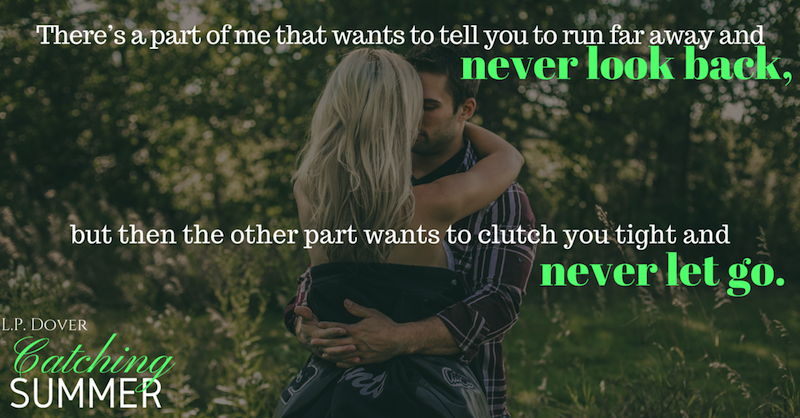 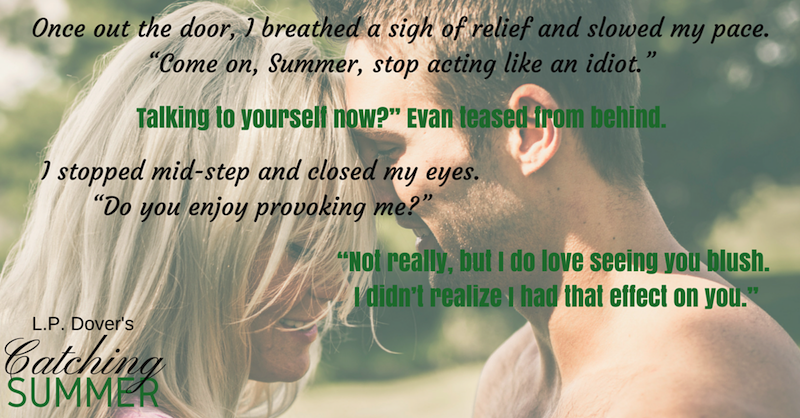 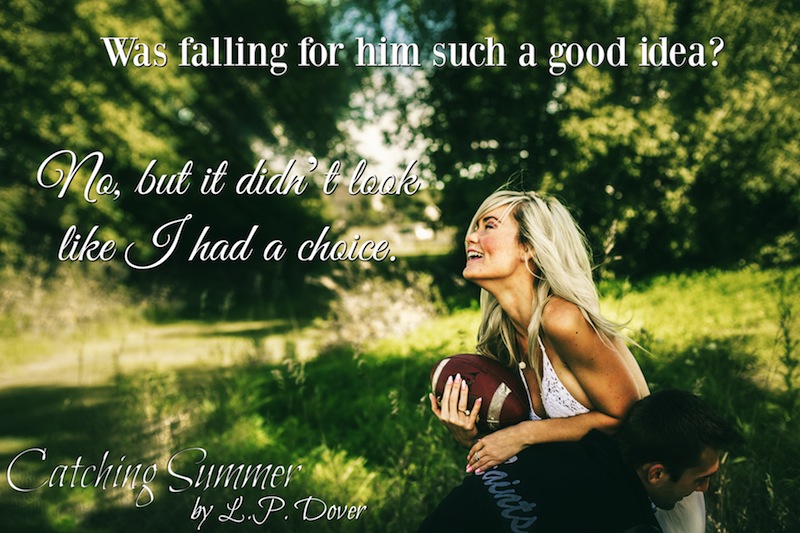 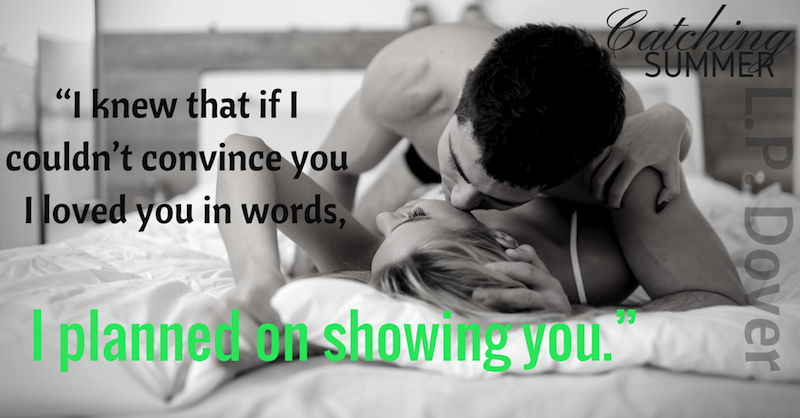 New York Times and USA Today Bestselling author, L.P. Dover, is a southern belle residing in North Carolina along with her husband and two beautiful girls. Before she even began her literary journey she worked in Periodontics enjoying the wonderment of dental surgeries.

Not only does she love to write, but she loves to play tennis, go on mountain hikes, white water rafting, and you can’t forget the passion for singing. Her two number one fans expect a concert each and every night before bedtime and those songs usually consist of Christmas carols.

Aside from being a wife and mother, L.P. Dover has written over seventeen novels including her Forever Fae series, the Second Chances series, the Gloves Off series, and her standalone novel, Love, Lies, and Deception. Her favorite genre to read is romantic suspense and she also loves writing it. However, if she had to choose a setting to live in it would have to be with her faeries in the Land of the Fae.