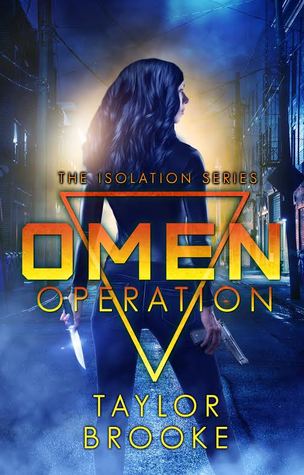 After an epidemic spreads through the country, Brooklyn Harper’s high school years come to an abrupt end.

Implanted in a rural camp, Brooklyn and her friends are cut off from their families and the outside world. Each day is filled with combat training to assure their safety against the crazed, belligerent, and deadly— those infected with a mysterious virus.

If the world couldn’t get any crazier, a letter ups the insanity…

After being assured day after day that the world outside their little camp had been compromised, Brooklyn’s cabin-mate, Dawson Winters, finds a letter that turns everything they’d known upside down. There is a world outside the trees that surrounds their camp, and the virus they all feared seems non-existent.

Determined to see it herself, Brooklyn plots with others to attempt an escape…

On the outside, Brooklyn finds the world is as normal as ever. But when they are attacked in the city, they dispose of their attackers far more efficiently than any normal human.. Is there more to Brooklyn and her friends then just being highly trained?

As their exploration continues, the group is faced with impossible feats. Betrayal, love, death, and a powerful sense of camaraderie lead Brooklyn and her friends to fight for their life, their freedom, and most of all, each other.

When I started reading Omen Operation, I had an odd sense of deja vu.  Why? Well to be honest I have no idea why.  It is not like I could have read it in a previous life or anything since it is my first time reading anything from Taylor but the feeling stayed with me pretty much till the end.

I think the story really takes off after the first few chapters and it gets really good and into its own at that point.  Lots of action and a really good group of characters.

Here we have Brooklyn, Porter and a few more locked into what seems to be a training camp after some epidemic happened.  However, we learn very quickly that what those kids know and what indeed is real is like night and day.  Thus the crux of our problem and the journey of discovery that takes our motley crew on a road trip.

Though, the first couple of chapters were not super clear, the rest of the book is really well written and you can see clearly that the author is loving writing every word of it.  I am a huge sci fi fan and Omen Operation was really wonderful in that aspect.

We already know that this is book 1 of a series and as usual I am wondering how many will be in the series and what is coming next or more precisely when.  I think the storyline is original and should lead to a really wonderful series based on what I have seen so far.

So for those of you sci fi fans, you sure will like Omen Operations and you know what, even if you are not it is still a pretty good book.  It was a fast read and finished it in pretty much two sittings so that ought to tell you!

On a side note, I have to say that I was was super annoyed with the spelling of the name Gabriel.  In the book Gabriel is Brooklyn’s bestie (our main girl) but I do not for the life of me understand why it is spelled in the masculine form since it is a girl we are talking about.  I may be a traditionalist or even old fashioned if you want, but Gabriel should have been spelled properly imho as in Gabrielle.  To be honest, I had to stop myself every time and remind myself that it’s a girl and not a guy.  As I said, it is a side note; it possible that I got a not fully edited ARC; but if I did get the fulled edited copy, I have to ask why?  Gabriel is not by any stretch of the imagination a unisex name, so I just do not get it.

I highly recommend it and I am hoping you will enjoy it as much as I did! 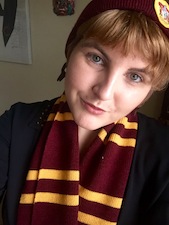 Taylor Brooke is the author of the sci-fi adventure trilogy The Isolation Series. She started out as a freelance makeup artist, and quickly discovered her love of elves, zombies, mermaids, kaiju, and monsters of all kinds.

After receiving eight professional certifications in special effects makeup, working on countless projects, and fleshing out a multitude of fantastical creatures, she turned her imagination back to her one true love — books.

Taylor has had a knack for writing since she was a little girl, and received recognition for her skills throughout grade school and junior college.

When she’s not nestled in a blanket typing away on her laptop, she can be found haunting the local bookstore with a cup of steaming hot tea in her hands, scanning the shelves for new reads, or hiking one of the many mountains that surround her home in Oregon.