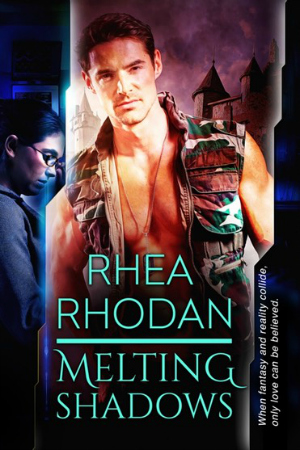 When fantasy and reality collide, only love can be believed.

Shattered by a brutal attack and forced to flee, painfully withdrawn Dr. Prudence Marsh buries her emotions under numbing logic. For years, her escapes to a fantasy world created to survive her hellish past have been nothing more than a guilty pleasure. But when the host of the safe house turns out to be a dead ringer for her dream warrior, she fears she’s lost her precious mind along with everything else.

Ex-SEAL Max Delaney has been known to dabble in a hot, delicious mess—or two, or three. He has no idea how to handle a cold, sour one. Blackmailed into babysitting Dr. Marsh in his hidden bunker while she finishes a top-secret project sucks. Until he falls for her. Then it blows. Every clue Max unravels buys him more questions. Every step forward lands him two steps back, flat on his ass.

Demons past, present, and future haunt Max and Prudence as they stumble along the twisting path to love. Merciless enemies and shifting alliances drive both to desperate measures, tumbling them over the border between shadow and substance—where each must choose what, and whom, to believe.

I liked Melting Shadows, it was an original for sure. Though we kept the basic plot line of super hunky ex-military guy Max rescuing nerdy and socially awkward scientist Prudence, it had a really additional element that made it stand out.  Mind I love the whole ex-military rescues damsel as much as the next person, after all I did love Riveted, but we have an unexpected element here with some fantasy and potentially supernatural?

I loved Max from the get go for the screw up and man-whore he is, come on can you blame me? I do love my bad boys (in books) and they are so charming and they designed to be irresistible.  Prue on the other hand was a lot harder to relate to, she was like Sheldon from BBT but actually come to think of it she had it worse.  I can imagine with her back story, it is a miracle she did not turn out a lot worse.

Another character that was really a very good addition is Sam who is Max’s sister and added the relief that was needed in terms of tension between Max and Prue.  She is a lovely character and very nicely written too.  Now I would not mind having a book about her (hint hint!!)

Where the book is original is that we move from reality to a fictional dream location created by Prue in the book.  In terms of adventure, it slows the pace down but not in a way I found annoying (you know me!!) but it actually added depth and explained many things as part of the plot.  Well if you want to know more, you need to read the book and you will see what I really meant there!

It was really a super fun read and I finished it in pretty much two sittings and had to interrupt myself cause well I needed to sleep.  I found it really entertaining, especially Max’s antics and his reactions and change while dealing with Prue.  She also evolves as well in the book and in such a short period of time too, but that had to be the good influences of Sam and Max overcoming her horrific upbringing.

So there you go, this book is a lovely good read, some funny moments and really a tad different from the norm.  I really enjoyed reading it and I do hope you will too.

He whispered praise in her ear, “That’s it. Now don’t you feel better?”

She shivered in response, though her hands at his back had warmed. He smiled into the fresh scent of her hair and wrapped her more tightly in his arms. She was his now; even if she didn’t know it yet.

With firm, subtle pressure, he brought her head to rest on his shoulder. Her hands tightened around him, then, finally, her body relaxed fully into his.

Her sigh was what did him in, what scrambled his brain and sent the jolt to his heart, then racing lower, hotter. He swallowed hard. Patience was suddenly a whole lot scarcer than it had been a minute ago.

The Balconies. Any one of the half dozen private patios facing the ocean would do. Each of the double doors was chaperoned by a broad back discreetly turned from the couples enjoying the seclusion they offered. It was one of the unique and best features of the club.

With experienced ease, he guided his plunder across the dance floor to the nearest unoccupied one. “You’re a bit flushed. Would you like some ocean air? The view is great.”

She blushed and murmured something indistinct he chose to take as assent. Another covert tip and nod to the bouncer—the same one who’d been at the VIP gate, still wearing the frown—and their path was clear.

The moon cast a diamond-strewn path across the water and glimmered in her depths of her eyes. He wanted to climb into that fire and stay there until Judgment Day.

After a few gulps of the salty night air, she said, “Thank you, Mr. Delane. I’m afraid the effects of the alcohol may have—”

“It’s Delaney.” He squeezed her hand. “Calling me Max would solve the problem, you know.”

“We can’t have that. I want you very comfortable.” He kept his voice low and soothing, ran his hands up her tantalizingly bare arms to cup her face. She gasped at his touch, her eyes widened and her lips parted.

He’d meant the kiss to be subdued, a simple brushing of mouths, and that’s how it started. But he couldn’t stop what followed. Couldn’t keep his hand from gripping the back of her head; holding it at the best angle for his access; from tracing her lips with his tongue and gently opening her mouth to accept it; prevent his other hand from roaming between the cool satin of her hair and the warm silk of her dress to the swell of her sweet, tight ass; squeezing it, and pulling her close. Close enough for her to feel the rock hard extent of his hunger. Close enough for him to feel the moist heat of hers—God help him with what control he had left.

Her arms circled his waist, her delicate, surprisingly strong hands pressed into his back, stroked, pulled at him in helpless, inexperienced little tugs that made him want to push up her dress and set her on the railing, wrap those long legs around his waist, and—

“Please, Delane.”  The desperate ache in her plea squeezed him like a fist and echoed all the way to his toes. He shook with the effort to clamp down on his lust.

“‘Max.’ Say it, Prue. Say it and I’ll take you to paradise, sweetheart. C’mon,” he whispered it into her ear, then nipped it tenderly. Understanding why he needed that particular surrender wasn’t important, winning it was.

He slipped the hand on her ass under her dress, ran his finger under the lace of her panties, reached to stroke the hot velvet, teasing her, driving himself to the knife edge of desire.

A warning rush of overused air boxed his ears a few seconds before a shrill voice pierced them. “There you are, Max, darling! I thought this was our balcony. Remember? A couple of weeks ago we…”

Bam. Just like that, Prue froze in his arms. He opened his eyes and saw the shutters slam over hers, dousing the lighthouse, leaving him at sea in empty darkness. 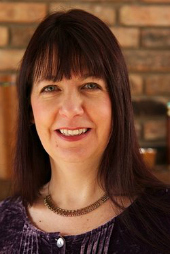 Award-winning author Rhea Rhodan resides in Minnetonka, Minnesota. She’s been telling herself stories since long before she learned to write. She attended the University of Minnesota with a focus on Journalism, then Brown Institute for Broadcast Journalism. After many adventures, misadventures, and a couple of short marriages, she found the love of her life in Regensburg, Germany, and has been living happily ever after since.

She journaled those adventures extensively (some might say rabidly) beginning in middle school, but didn’t combine her writing and story-telling until several years ago, when one of the stories grabbed her by the throat and shook her like a rag doll until she gave in and wrote it. Having tasted freedom, her muse refuses to return to the confines of her head, and has successfully turned the tables, keeping her at the keyboard to appease it.

She welcomes feedback and fan mail :>). You can join her on Facebook and Goodreads, too. Rhea is always happy to meet new friends. 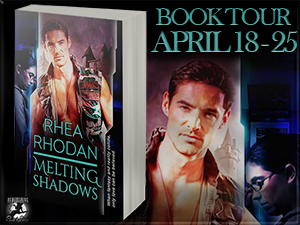