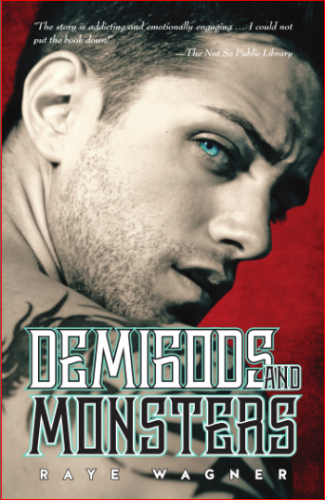 Can Apollo’s curse be broken?

Seventeen-year-old Hope Nicholas is done running. Apollo’s curse has ruled her entire life, limiting her choices and robbing her of the things that matter most. But she refuses to live in fear any longer. In fact, she’s ready to do whatever it takes to break the god’s power over her existence.

When the goddess Artemis instructs Hope to impersonate a demigod and infiltrate a conservatory to get access to the Olympian library, she doesn’t hesitate. As she sees it, there’s nothing left to lose.

But once inside, Hope discovers the only way to get what she needs is to work with her sworn enemies. As the lines between demigod and monster are crossed again and again, Hope has to dig deep for the courage to accept her fate or fight for the freedom to save herself.

Demigods and Monsters is the second book in the Sphinx series. 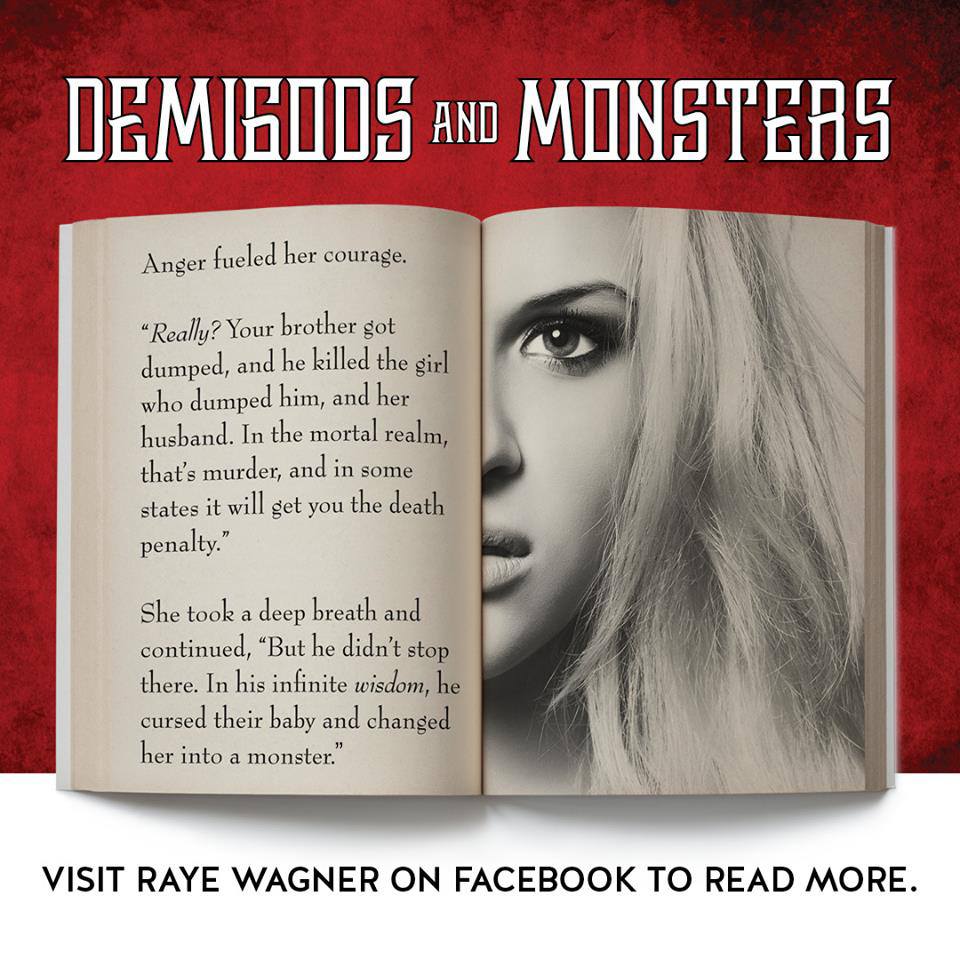 I cannot help myself when it comes to Mythologies, I am an addict and can never get enough.  How am I meant to resist Greek gods and everything surrounding them?  I admit that I did not know the series at all, so when I saw the review possibility for Demigods and Monsters I jumped in with both feet.

but I was able to play catch up quickly and discover this wonderful world where it is perfectly normal to be still be worshiping Greek gods and have temples dedicated to them readily available.  Those gods as usual are super naughty and leave demigod offsprings all over the place.

Curse of the Sphinx was a wonderful start and loved the whole back story of the curse from Apollo on the poor Sphinx.  It’s funny, cause where I had no problems imagining the Greek gods to be real, having a live Sphinx was slightly harder to swallow.  I was actually laughing at my own silliness for that one.

Another things, I had to be careful about was the origins of the Sphinx herself.  The Egyptian one is the most famous one of course, since we have the still standing monument of it in Egypt, but there is a Greek Sphinx too.  That one is less prevalent in people’s minds, and since it seems I have gone full History teacher here, you may be curious to know that other cultures also had their own Sphinx representations.

Though I hate to give out too much of the story, let’s just say that the poor Sphinxes have been hounded through time by Apollo and now all is left is Hope as she went into hiding in the first book and meets Athan a smoking mchottie demigod.  I am not going to tell you more because you have to read the book but let’s say sparks fly and at the end of it well, some feelings have been hurt.

Demigods and Monsters takes off after those events as Hope has made the crucial decision to find a way to break Apollo’s curse and introduces a new groups of demigods.  Since Hope pretends to be one herself and sneaks into Demigod school (which reminded me of the Percy Jackson demi gods school too) there is a lot of more going on in terms of undercurrent and trying to fit in and find the info needed.

Though I hated we had less of Athan and meeting smexy Xan (son of Ares), I still had hoped that Hope would not get the raw deal again.  Her path isn’t easy, well never is and I really loved the way it was all woven together.

In both books, the characters are really wonderful and feel so real in terms of their feelings and struggles especially Hope and there was a part of me that feels bad for Athan and him trying to redeem himself somehow.

But things are getting complicated and well, I need to know what happens next.  Is the series supposed to be a trilogy or more? I don’t know but I am hoping book 3 will be ready soon.

Another little piece of book heaven that had little me all giddy and happy.  The story, I felt was really nicely made and quite original with some fun twists and turns.  There is no way I was not going to be falling head over heels for this series.

Oh and just in case I am so #TeamAthan!

Also I forgot to mention that we also have available the 0.5 Origin book (with active links) that came out also and that I have added right here on the right for you if you interested.

Before I forget, who is the very gorgeous model on the cover? We need name and phone number!! 🙂 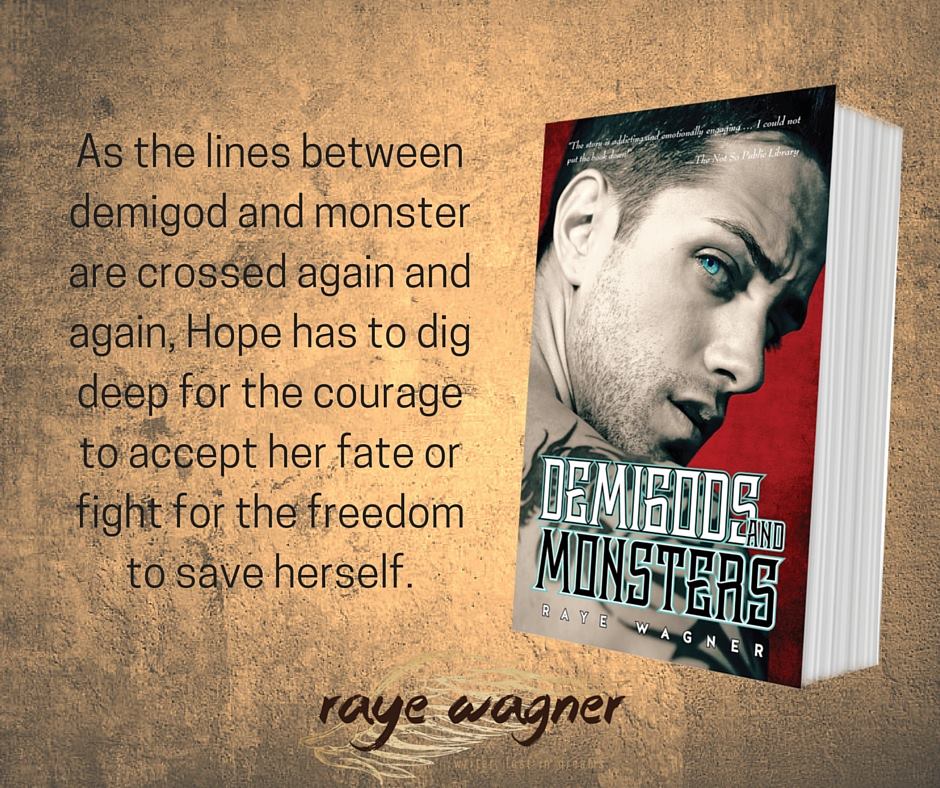 Hope gaped at the goddess of night. Artemis’s dark umber skin contrasted with her pale, almost silver hair. Her slight figure was clad in black, fitted garments, and as she pulled the silver bow and quiver of arrows from off her back, her midnight eyes settled on Hope.

“You are very young.” She set her weapons on the spongy moss and stepped up to Hope. “Very young, but not too naïve, I think.” Her gaze held Hope captive for a moment, and then the goddess contemplated the puppy struggling in Hope’s arms. “Who is this?” Artemis giggled as Angel licked her face.

Artemis peered from Hope to Priska and back to Hope again.

“You are giving me an offering?” She raised her brows but did not take the dog.

Hope shifted her gaze to Priska for help. Hadn’t she said she would do the talking? Priska was studiously examining the night sky.

“Hope wants to break the curse,” Priska said, taking the puppy from Hope. “The Lab was my idea. She comes from a long line of hunters. She will be loyal and easy to train.”

Artemis extended her hands. “Loyalty is difficult to come by. I will accept this with gratitude.” She took the puppy and set her on the ground. The pale fur glowed in the moonlight, and the puppy scampered about. “What do you need my help with, Hope? It was my brother that cursed you, not I.”

Hope shifted her weight. “Yes, but do you know anything that could help me? Has he said anything to you?”

Artemis drew in a slow breath and closed her eyes.

Hope again looked to Priska, but she’d chased after the puppy, leaving Hope alone with the goddess.

“She’s scared,” Artemis said, breaking the silence. “She feels responsible for what happened to your mother. And she feels bad about what could’ve happened to you.” She grabbed Hope’s chin and forced her head side to side. “You want to break the curse?”

“It won’t solve your problem,” the goddess warned, dropping her hand. 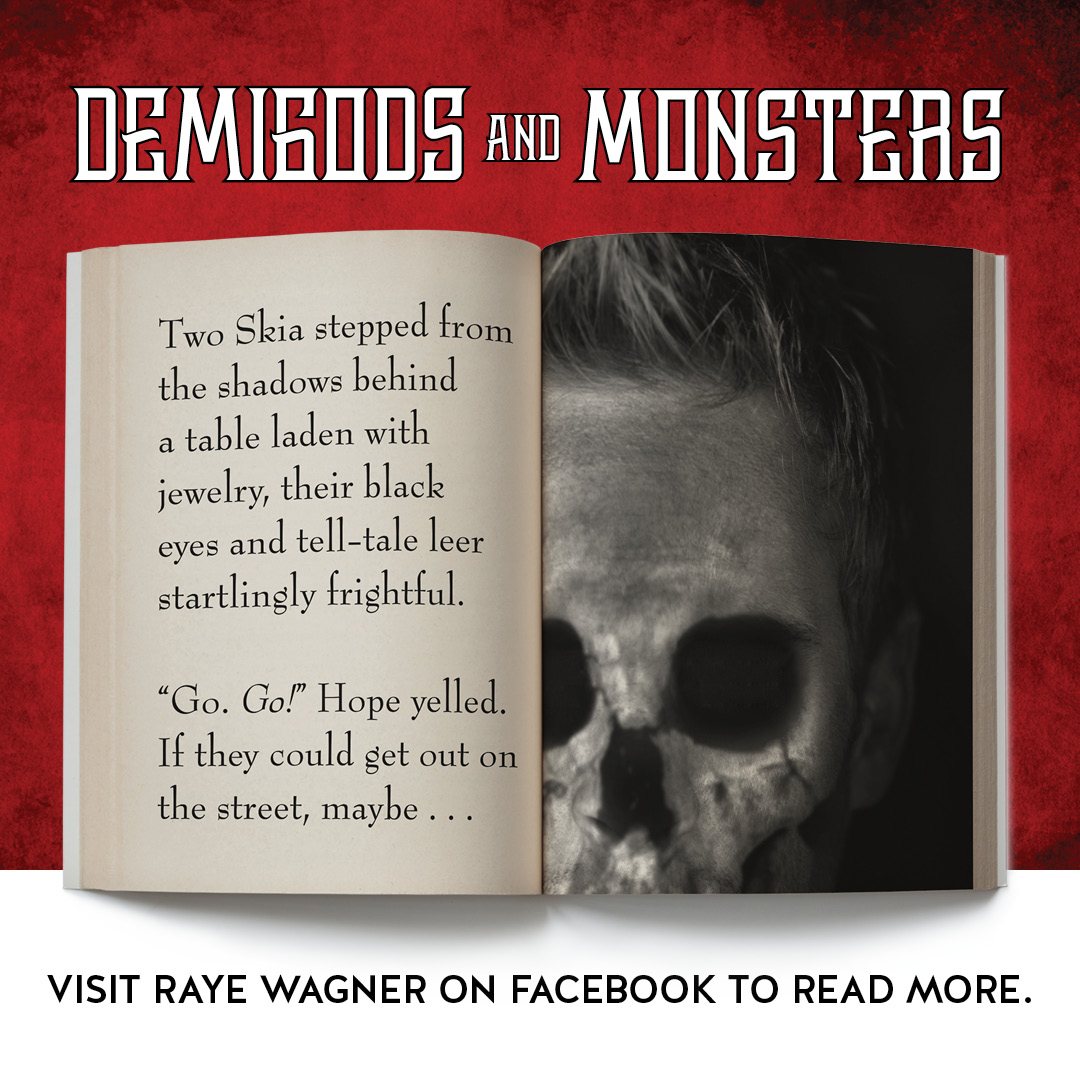 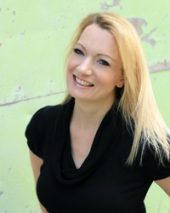 Raye Wagner grew up in Seattle, the second of eight children, and learned to escape chaos through the pages of fiction. As a youth, she read the likes of David Eddings, Leon Uris, and Jane Austen. Inspired by a fictional character, Raye pursued a career in nursing, thinking to help the world one patient at a time.
One summer afternoon, when her then young children were playing in the pool, a plot dropped into her head, and she started writing.
She enjoys baking, puzzles, Tae Kwon Do, and the sound of waves lapping at the sand. She lives with her husband and three children in Middle Tennessee.

Origin of the Sphinx, a novella detailing the story leading up to the creation of the mythological creature, is her first publication. It is the beginning of the Sphinx series.

Curse of the Sphinx, the first book in the series, is completed, and set to be released in August 2015.