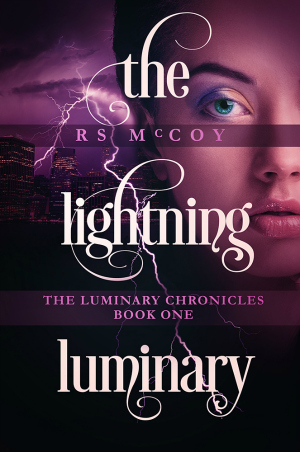 Talia Stanley may look like the typical wealthy New Yorker, but she’s hidden her secrets for more than a thousand years. One of the last surviving members of an ancient race called Luminaries, Talia has suppressed her ability to control lightning in exchange for safety.

And for generations it worked. Talia’s hermit lifestyle protected her from strong Luminaries that want her power. All that changed the day Mason Rathbone walked into her life.

A good-looking artist, Mason is just the guy to get Talia out of her penthouse apartment and show her what it means to live again. But just as she starts to get comfortable, Talia gets sucked right back into her vicious past.

A new paranormal romance novel by RS McCoy, author of the Sparks Saga.

This baby was really something else.  I loved it!

Alright alright, well this was quite different as we have multiple PoVs though for me the story centers more on Talia and Mason (normal human) and the rest as part of their story in different complex ways.  We have a really really really evil bad bad bad guy! You may think that I am exaggerating, but I cam promise you that I am not. His name is Hadrian (to think that I loved that name) and he was the inspiration for Hades!  Though to be fair, I never considered Hades being evil and was a always a little bit of a sucker when it came to him and Persephone. Ok, as usual I am going in the wrong direction here.

I think I am going to end up boring the lot of you, as we are dealing with greeks again! Though I have loved the spin here where the luminaries which are more evolved humans with powers and longevity get the be the source behind the greek gods myths.  Since myths and legends are often born that way, why not?  I find it actually quite a smart choice to be honest.

So Hadrian wants a full blooded son and cannot seem to get one, blames it on wifeys (yes, he has a few).  The one thing that made me laugh is that he doesn’t seem to have problems getting them when he is with a human since he has a small army half blood sons, but cannot seem to get one with another Luminary full blooded wife.  Since this is set in our time, should someone have told him already that he is the one that determines the gender of the baby and the fault is on his sorry ass????

I hated him from the first line and I do think I am willing to cut him some slack and when you read the book you will know why!

At first, I was surprised to see all those chapters with all the different PoVs, but as I was reading it made sense and I saw how important those were to the story.  It was frankly, very well written, exciting and surprising all at the same time.  This combination should make it for an amazing series.

I cannot wait for book 2 and I am going to very highly recommend The Lightning Luminary to you guys and encourage you to read it.

I really hope you fall in love with it as much as I did! 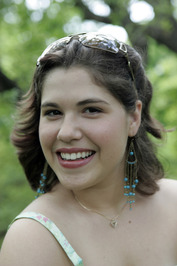