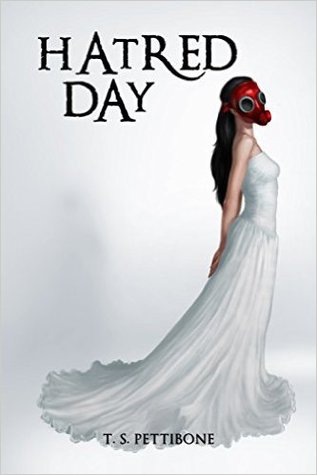 In the year 2052, it’s not love but hate that unites the world. Humanity is unified against the Inborns, an extraterrestrial species with godlike intelligence and abilities whose arrival on earth caused an environmental and biological crisis.

Enslaved and despised even by her own Inbornkind, 18-year-old Snofrid reawakens to the world after having her memories stolen and is certain of only one thing: she will do anything to ensure her freedom. But her resolution is soon tested when the son of a high-ranking human official is murdered and her home city becomes the center of the interspecies war, one that might see the Inborns purged.

Desperate to find a way out of the city for herself and her family, Snofrid risks making a deal with the manipulative Inborn Commander, Hadrian, and his brutal cadre of soldiers. Her task is simple: take part in a historic hunt that will bring wealth and fame to all who survive. Unfortunately, Snofrid’s role is one in which survival is rarely seen—the bait.

When the opportunity came to review the book, I was really attracted to the title.  It’s not really a name that I can disregard and at the same time I was really curious about the cover.  Gotta admit, the whole combo is very intriguing and that is before even reading the blurb.

I was not sure what to expect, but as I read along I really started to like it, we can say that it grew on me and it took its sweet time to build up at least for me.  Little by little the plot unveils and we meet Sno, Dez and Cid who are pretty much aliens that invaded earth a while back and by that even alone ruined earth’s atmosphere and let’s just say it made it crap.

Humans hate the Inborns as they are called and Sno is a halfbreed; whereas Cid and Dez are full blooded Inborns.  At the beginning of the book, Sno had been snatched and was getting sold at a slave auction where she was saved by her brother and friend. Problem is that she lost her memory and couldn’t recall anyone.

I do not want to give you more in terms of spoilers as you know me, between the blurb and what I already said, you have plenty to help get you hooked into this new series.

I have to say that at it was really slow starting and the fun all happened in the end with of course a massive cliffhanger and then the wait.  I thought the pace was slower than the books I have been reading recently, and quite descriptive.  We get to discover the characters one by by one and learn of their back stories as we are moving along and they still raise for me so many question in terms of the relationships between some of them.

But then, since this is book one of a new series, we have plenty of room for more character development and backstories and I am hoping for more action in terms of where it is going.

I will have to admit openly, that at the end I have no bloody idea the direction where the second book is possibly going.  There is that part of me that is always trying to figure out the what next with some possibilities and then play the “Ha! I knew it!!” game with myself.  However, here I am totally stomped so there you have it!

If I recall correctly, book 2 is set to come out in 2017, that is a long long long way to go, but we have no choice but to wait.

Hatred Day is an easy read and I found the storyline quite unique and original, so I hope you enjoy it as much as I did. 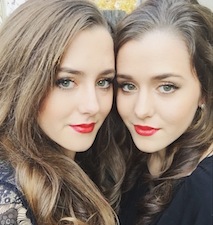 T.S. Pettibone are the authors of The Hatred Day Series. Expected publication for book two, Verdict Day, is 2017.

T.S. Pettibone is the pen name of identical twins, Brittany and Nicole Pettibone. They were born in California, grew up in Kansas, and these days, live and write in California. On the rare occasion that they break from writing, they enjoy taking their dog on night walks, reading books by long deceased authors, drinking too much coffee and tea, traveling the world, making friends out of strangers and trying new things.