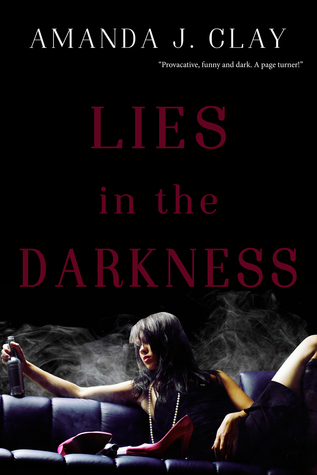 Sophie DeLuca used to be a nice girl—but that was before Luke Lamanuzzi tore her heart to shreds. Now she’s a walking trail of vodka-soaked destruction, something her sexy, smooth-talking coworker Davis won’t let her forget. He might have a secret crush on her—but his playboy reputation would never let him admit it. His best friend Blake’s own love of all-nighters and debauchery comes crashing to a halt when a one-night stand backfires. Level-headed Cassie seems like she’s the one who has it all together, but she’s just better at hiding her skeletons.

Ungracefully pirouetting in and out of love triangles, drug addictions and unwanted pregnancies, four friends stumble their way through their last year of study and try to grasp the realities of the world on the other side.

Lies in the Darkness is a bit tricky, I have no idea what to make of it; and that is not a bad thing.  Let’s see we have tons of alcohol and drunken 20 somethings, very poor choices in sexual partners, drugs, and overdose and in the midst of all of this a love story.

i kept wondering if this is not meant to be a portrayal on how low people hit until they decide to take charge of their lives and change, this is never easy and the book is a true reflection and portrayal of this darkness I would guess.  I think in that regard that Lies in the Darkness is very powerful in showing and sharing this atmosphere.

To be honest with you guys, for the first half I was wondering with myself the decision in being a reviewer as this is so not my type of read.  But to be fair and honest, it really grew on me and as it is not my kind of book I actually surprised myself feeling attached to the characters and their journey.

So we are dealing with a group of friends (more or less) Sophie, Jay, Blake, Luke, Cassie and Davis; there are more people attached to this core group but I would focus on them.  We get to see a lot from those guys’ different perspective and know more about them but the story revolves more about Sophie and her self-destructive relationship with Luke and the impact on Jay.

As if, this was not messy enough comes Davis into the mix and changes everything.

This is where I stop giving you hints and potential spoilers for the book.

This was a little eye opening for me and that does not happen very often, I had to question and stop myself when I felt like I was judging the characters with what I felt were piss poor decisions.  And as I always pride myself at being non judgemental, well then I had to make a conscious decision to not go there.

We see those characters as pretty much a mess throughout the book and I think what I would have liked or I should say like is to see them as older and look what happened to their lives. Did they get their crap together, did they graduate and land the jobs they wanted? The ending was great but the curious kitty in me wanted to know more.

For me Lies in the Darkness was refreshingly different and I am glad that I read it.  Though it was actually slow paced, it was really nicely written and I enjoyed it very much.  I am going to be looking forward for more books from Amanda! 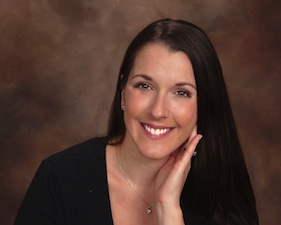 Amanda J. Clay is a California native with a resume of clichéd Cali traits, like a love of breakfast burritos, yoga and red wine. She had a fantastic time studying English and Journalism at Chico State University and then a very serious time slaving away for a Master’s degree in Communications from California State University, Fullerton.

She currently lives in the charming city of Berkeley, CA. When she’s not staring at a computer screen, she spends most of her spare time plotting world adventures. She currently has one published Young Adult novel, Rebel Song. Watch for her next release, an offbeat New Adult contemporary, out in 2016.