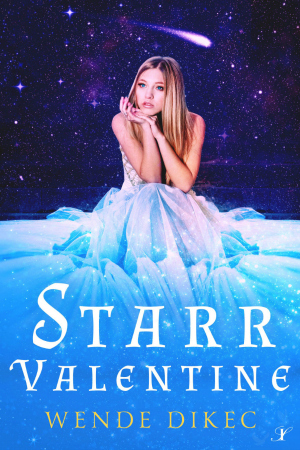 What happens when the beautiful swan becomes the ugly duckling?

Starr Valentine has a perfect life in Middleton, Ohio. She was named captain of the cheer squad, her mother finally allowed her to get highlights, and the cutest boy in school asked her to homecoming. But everything comes crashing down when she finds out her parents are actually monarchs in exile from a mysterious planet called Vega. Starr doesn’t want to leave, but loves the idea of being a princess, and decides moving to an alien world might not be so bad. When she gets there, however, she discovers that something is terribly wrong.

Starr has always been the winner of the family, but now everyone is fawning over her chubby older sister, Astra. And everyone, even a handsome and annoying young duke named Julian, seems to hate her. That is when she realizes the awful truth. Astra is now the pretty one. Astra has all the friends. Astra gets all of the attention. And Starr Valentine, voted Miss Perfect, is now the ugly duckling. Her biggest fear is…will she be able to turn back into a swan, or is she doomed to be a loser forever? 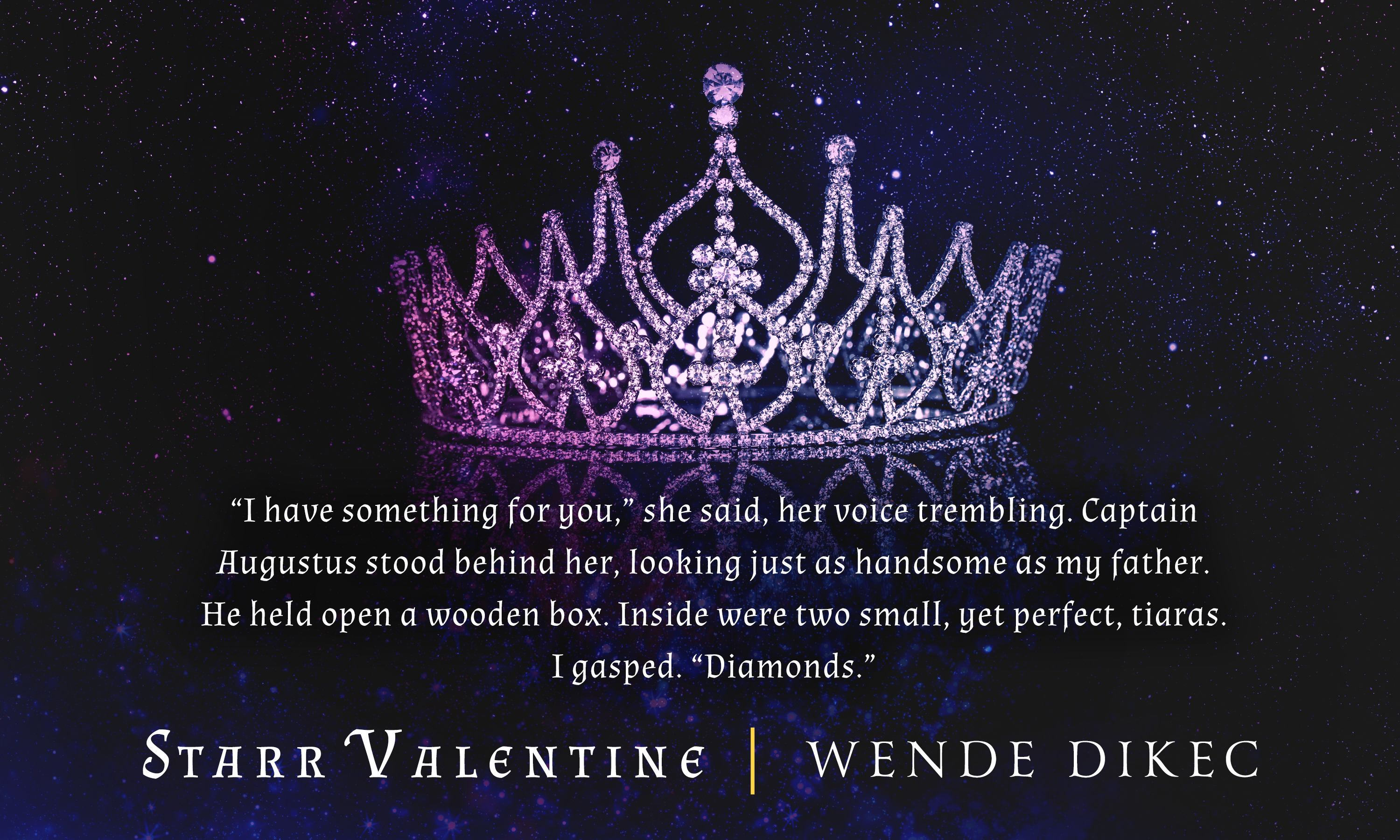 Starr Valentine was really a refreshing fun read, for me it read like I was watching clueless again on Netflix.  It made me smile, it made me laugh and it even made me sad at times.

To be honest, at first I did not know what to expect, I thought it was going to be something somewhat fun and silly and enough to distract me from my piles of work for a few hours.  But, it was really something more…

As I said, it was all of those light and fanciful things, but underneath it all it is the story of pretty much Starr growing up and deciding who she wants to be.  The chances of us waking up one morning and being told that we are an alien princess are near null, but this life changing or shattering moment for Starr is the beginning of something scary.

Starr Valentine was really a quick and easy read with a nice pace to it and some interesting characters such as Astra (Starr’s older sister), Maya (her new bestie) and finally Julian who is Starr’s love interest.  I really liked Astra as a character quite a lot actually, there was really no way to ignore or dislike her in any way.  Even though Julian’s status was shaky at best when we first meet him, there is no chance escaping from liking him too.

Overall, Starr Valentine was really a charming and amusing read and I am actually looking forward to reading more from Wende.  I hope you enjoy it too! 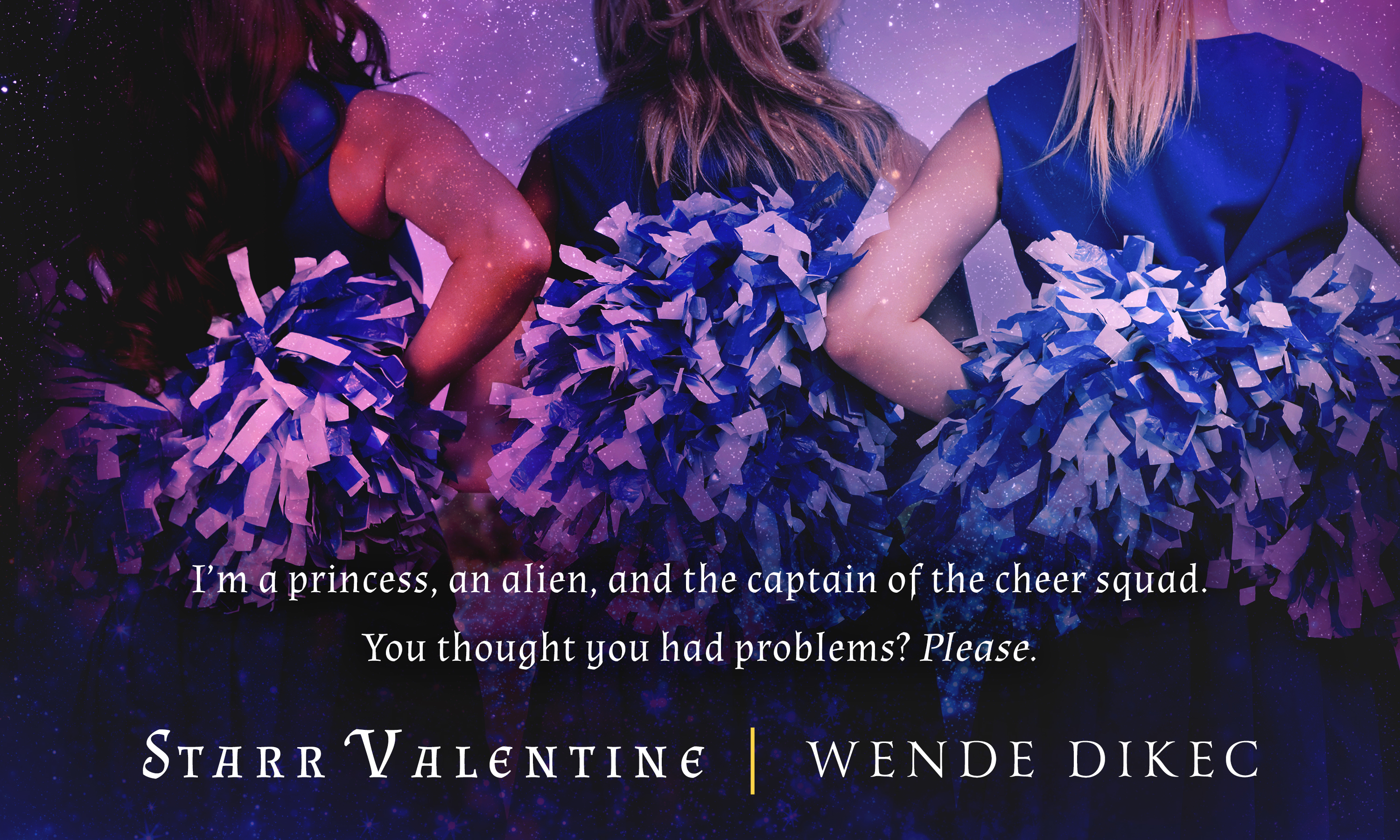 We all met in the captain’s lounge just after the transport ship had safely landed. My father wore some sort of military uniform, and he was completely dashing, as always.

“Girls, you both look lovely.”

My mom fluttered up to us in a cacophony of lime green lace and feathers. A large gold medallion was pinned to her breast and she had on the crown she’d worn for the nightly news. She reached for our hands, tears swimming in her eyes.

“I have something for you,” she said, her voice trembling. Captain Augustus stood behind her, looking just as handsome as my father. He held open a wooden box. Inside were two small, yet perfect, tiaras.

“These are not your true crowns,” my mother explained. “Those went missing during the confusion when we were trying to escape. These are just a substitute until we can find something better.”

I couldn’t imagine something better. The tiaras seemed perfect. I leaned over slightly so my mom could slip it onto my head, glad I’d decided to wear my hair up in a French twist. The tiara was beautiful. I admired myself for a few minutes in the mirror before looking at Astra. She and my mother stood side by side, their hair a riot of dark curls, their dresses positively painful to the eyes, and I sighed. I really hoped they didn’t humiliate themselves too much at the ceremony. They looked like clowns from a circus performance.

My father, of course, didn’t seem to notice. He bowed and kissed my mother’s hand gallantly before linking it through his arm and leading her out the door. I could tell it was a very emotional moment for both of them. They were returning to the home they loved after being exiled for so many years. Even I could feel my throat tightening up.

Astra walked up and took my arm. “Are you ready?” she asked, and I nodded. It was time to face the music, or the Vegonians, as the case may be.

We stepped out into a warm, sultry evening on Vega. Lights had been set up all around the landing bay, and we followed my parents to an elevated platform near the ship. People waited as far as the eye could see, and as soon as my parents stepped up to the podium, the crowd roared.

I stood arm in arm with Astra, taking in the moment. The city of Celesta glittered in the light of the fading sun, just beyond the crowd of people assembled before us. It sparkled like it was made of glass. I could see what must have been the royal palace on one side of the city on top of a small hill, and it made me think of Aladdin’s castle, all gilt and white marble. I decided I could definitely get used to living there.

A quick assessment told me that I was the only pretty girl around, other than Maya, and definitely the best dressed. Maya had been forced by her parents to wear some sort of Vegonian monstrosity made out of a hot pink iridescent fabric. Torture. I, on the other hand, felt like an elegant swan dumped into the middle of a bunch of plump, gaudy, peacocks.

I heaved a sigh of relief. I’d been a little teeny tiny bit worried when I’d heard about how beautiful Vegonian women were. It was good to realize those rumors had been pure exaggeration. No one in this crowd could hold a candle to me.

Another quick look around told me that there wasn’t a single bad looking guy here. I was completely devoted to Adrian, of course, but I couldn’t help but admire and appreciate male beauty when I saw it. The boys were all works of art. It was as if I’d been dropped into a huge candy shop full of the most delicious boys I’d ever seen, and knew I could have my pick. Of course I would never cheat on Adrian, but it felt like a candy shop here, nonetheless.

My joy proved short-lived. None of the boys even looked at me. At first I thought that several of them stared at me, which made me happy, but soon realized it wasn’t me they stared at. They had their eyes locked on Astra with the same sort of enraptured expressions boys usually reserved for me.

A cold wave of shock crawled over my entire body. Boys never looked at Astra like that, especially when I stood right next to her. Something was very wrong here.

I smoothed my hair, which was perfect and didn’t need smoothing. I stuck out my chest and turned my body so they could see my best angle, but none of them even noticed me. Astra had suddenly become the center of attention.

My mother gave a very lovely and heartfelt speech, which I barely paid attention to. The crowd roared and screamed her name, but I hardly even heard it. People waved and cheered with tears streaming down their faces, but I felt numb to everything.

When we were introduced to various dignitaries, everyone said “lovely,” and “a vision,” when they met Astra. When they saw me, they looked a bit confused and then mumbled something boring like “nice to meet you.” Something very strange was going on, and I had to figure it out.

I searched the crowd for Adrian, but he was nowhere to be seen. One sexy, appreciative look from him might have been enough to restore some semblance of balance and order to my universe. But he wasn’t around and I’d been cast adrift in a sea of beautiful boys to whom I was invisible.

I blinked as I digested his words. The Vegonians spoke English, but a weird form of archaic Elizabethan English mixed with modern slang. The only people who had spoken like that on the transport ship were the captain and the crew. All of the Vegonians who been on Earth for the last fifteen years spoke standard, modern English, although I’d heard a few “thou’s” and “thee’s” begin to slip into the language of the older passengers, including my own parents.

As the captain bowed and turned away, I realized I wasn’t fine at all. I stared around at the sea of happy, glowing, faces, including those of my parents and my sister, and understood that suddenly, and without any explanation, I had become the outsider.

“Thou art in hell, Starr Valentine,” I murmured to myself. 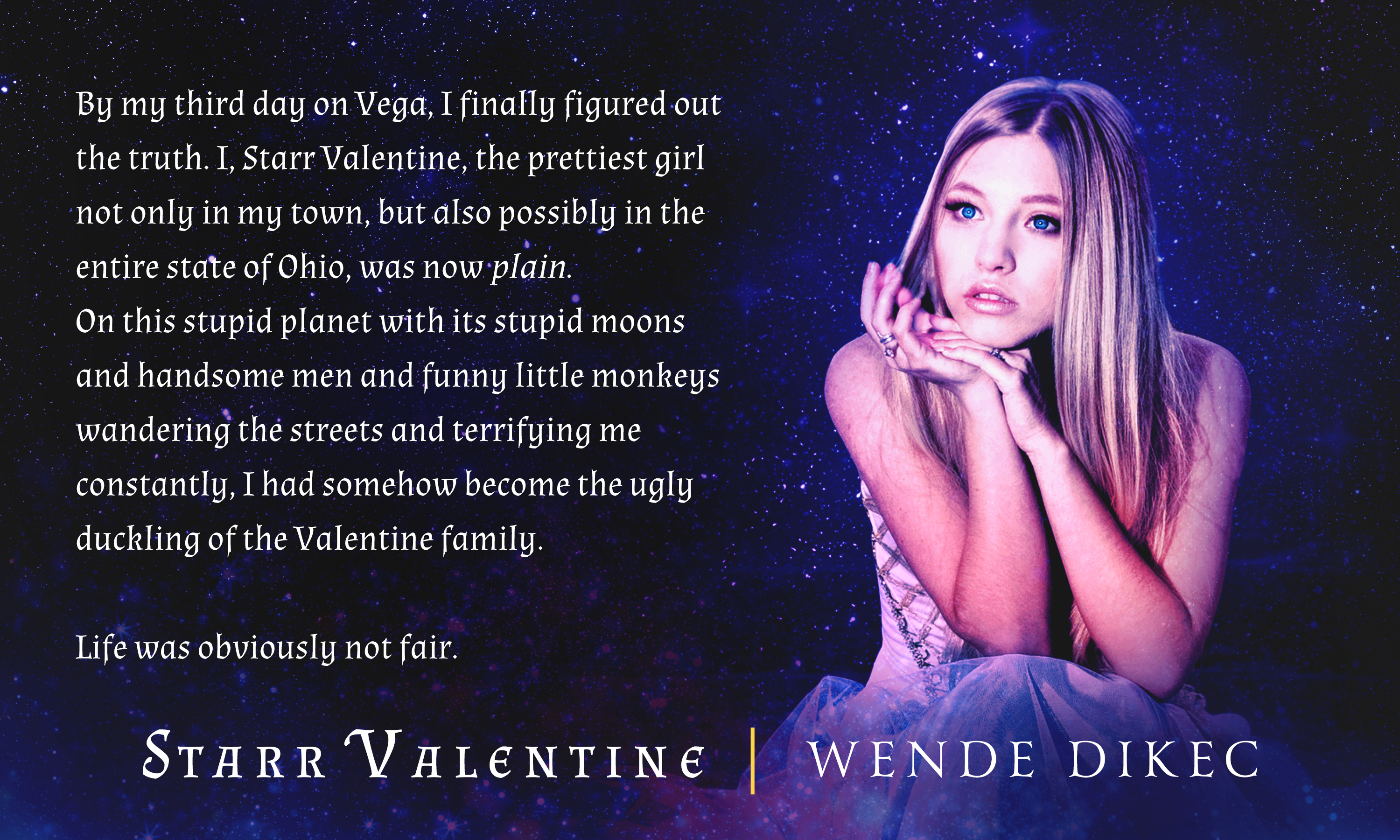 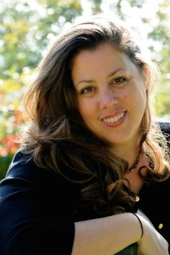 Wende Dikec has spent her life traveling the world, and collecting stories wherever she visited. She writes in several romance genres, and her books are quirky, light, and fun.

Fluent in several languages and married to a man from Istanbul, Wende is a trekkie, a book hoarder, master of the Nespresso machine, and mother of three boys. A puppy named Capone is the most recent addition to her family, and she blogs about him as a way of maintaining what little sanity she has left. 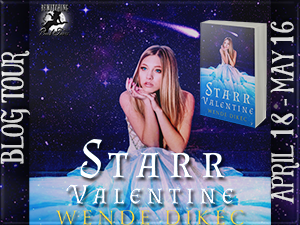