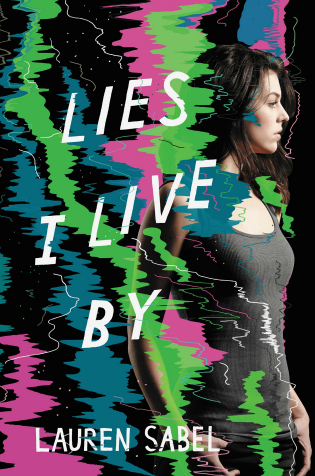 These are the facts: My name is Callie Sinclair. I am seventeen years old. I live in San Francisco. I love my boyfriend, Charlie. I work for a secret governmental agency. I am a psychic spy. This romantic, action-packed twist on the classic spy novel is perfect for fans of Ally Carter’s Embassy Row series or for any reader who enjoys cinematic writing and stories of romance and intrigue.

At seventeen, Callie is the government’s youngest psychic spy, trained to track dangerous people and weapons in her visions. When another young—and handsome and witty—psychic joins the agency, Callie’s personal and professional lives get messy all at once. If she can’t find a way to change the events she’s seen in her visions, she could lose the people she loves most . . . and her mind. Literally.

Richly painted against the backdrop of San Francisco and Berkeley, Lauren Sabel’s enthralling novel captures the thrill of exploring a unique power in a dangerous world.

Indigo looks at me closely. “For this training, try to close down the emotion.”

“You do know you’re saying that to a teenage girl, right?” I ask, kicking my combat boots impatiently into the floor. “Almost ready,” I say. I pull out my Chapstick and run it over my lips, and then flick some of my hair out of my eyes. “Okay, I’m ready.”

“You don’t need to do your nails or anything?” Indigo jokes.

I look down at my unpainted fingernails, made worse by my chewed-to-hell cuticles. When I’m stressed, they’re the first to go. “Going à la nude,” I say. “Watch out.”

Indigo picks up a file folder on the table and flips through the worksheets we’ve already completed in the past dozen training sessions. “Here we are,” he says, stopping at a file. “Reading body language.”

Indigo nods, and I can tell that there’s no negotiating on this even though we’ve been over it at least five times. I know that reading body language is important since the people I’m watching in my sessions are often lying, and for the sake of national security, I need to know exactly what they’re saying and what it really means. If I was able to reach the second level of psychic power—influencing through either mind control or altering physical matter, like bending metal, I would be able to not only read minds, but change people’s decisions and environments. Indigo tries to push me to get there, but ever since my first and only time metal bending, I haven’t come close. So far I can only watch things happen, hand over the information I see, and hope the CIA does something about it. 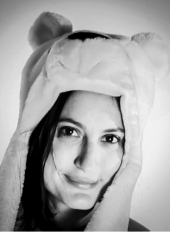 Lauren Sabel lives in the quirky dark spaces of her mind, and she tries to shed light on these spaces in her books. After publishing VIVIAN DIVINE IS DEAD in Summer 2014 with Katherine Tegen Books, an imprint of Harper Collins, she confronted her lifelong fear of being psychic by writing OUT OF MY MIND.

Since in this YA thriller, teenage psychic spy Callie Sinclair works undercover for the government, forced to hide her real identity from everyone she loves, Lauren is now certain she’s on the CIA watch list.

Get the Book on Amazon!