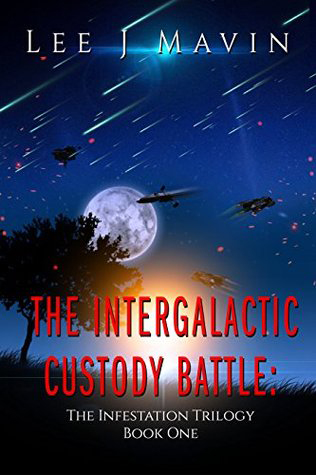 Ziggy has been taken from away from Earth, stolen away so it seems to complete his training on another planet. Little does he know that his Alien father has grand plans for him, plans for him to take the royal throne and lead the Empire!

Ziggy’s mother (a mere human) wants him back so she is going to fight for her Son’s custody, even if his father is the Emperor of an Alien race! An Alien race that has plans to expand its Intergalactic Empire. Ziggy’s best friend Hiroki, the tiny super genius, plans on finding Ziggy too, even if he does miss his year twelve math exams.

The Intergalactic Custody Battle is the first of a trilogy that crosses the universe. Get ready for a wild ride across the galaxy!

Sigmund Zhao didn’t have a good memory. He was always forgetting things. He had barely scraped through Year Seven alive, trying to remember all those equations and diagrams in Science and Math. They kind of went in one ear and then out the other. It wasn’t just school either. Sigmund couldn’t remember a lot of things, like the different apartments and primary schools he had moved to all over Shanghai. He couldn’t even remember his mother’s birthday or even his own.

However he could remember one thing very well, the time his mother and father gave him the talk, the talk that no child wants to hear. It was the Divorce talk.

Sigmund remembered every word his mother had said.

‘I’m really sorry to tell you this, but your father and I are getting a divorce. Your father is going to move away for a while but this doesn’t mean he loves you any less. We are just not meant to be together.’

He remembered feeling alone and confused. He remembered crying for hours and hours. He even remembered shrinking down into the corner of the room, crawling like some sort of cockroach. Wait, that couldn’t be right. How could he have shrunk? That isn’t possible, is it?

But he did. He’d tried to hide away from it all, from the confusion and the pain. He’d felt himself shrinking smaller and smaller, then his arms had turned green and he felt things stretching out of his back. Yes, that happened but everything else was still cloudy.

Sigmund could hardly remember his father. There was just a hint of his voice echoing in the corner of his mind and a smell. He couldn’t quite remember what kind of smell, maybe a hint of pepper and something else. Something he had never smelt before. It was too weird a smell to be anything familiar. It was some sort of smell that didn’t belong in Shanghai, in fact it didn’t belong in China or the even the entire planet! It was a smell from out of this world! 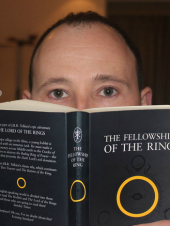 After six years in Shanghai, I am finally back in Sydney (brand new home). Here I will teach and focus on my writing! I will be starting my Phd in Arts at the University of Sydney in March 2015!

I have already polished off a children’s novel, a collection of poetry and am about to publish a series of stories titled “The Students Sold Us Secrets Volume One” with ASJ Publishers. http://www.asjpublishing.com/

I’m also kept on my toes by my feisty wife and three year old daughter both of whom are Chinese. They like to let me know how bad my Chinese is on a daily basis.Oh yeah, I used to be an MC, I mean I was potentially the next Aussie Eminem,(just kidding) but there is an EP by yours trully somewhere out there in the world wide web….