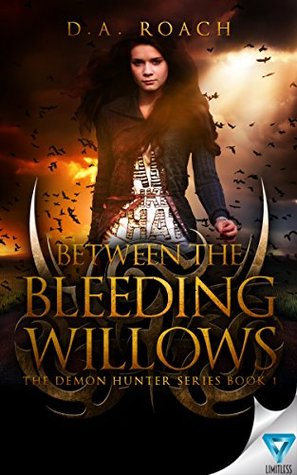 At eighteen years old, Cassidy has suffered more loss than most…

At the end of her senior year, her boyfriend, Jace Peters, was killed in a car accident, and her grandmother died only weeks later of a heart attack. Emotionally lost, Cassidy desperately searches for an heirloom her boyfriend was wearing in the crash—her mother’s gold ring. But during her search, Cassidy discovers more than her ring.

She finds a gate to the Demon Realm….

A battle is brewing, and Killian—head of the Demon hunters—preps his Clan for the approaching conflict. They’ve been working to secure the gate between his realm and the mortal world. But it’s been nearly impossible since Rya—a voracious demon on a quest to expand her power—devoured the soul of his Clan’s necromancer. Now Rya is possessed with the necromancer’s powers and she may break through the gate at any moment.

When Cassidy accidentally crosses into the Demon Realm, Killian can’t understand how a human girl survived the transition. Now he has to find a way to return her to her own world, or risk her being caught in the crossfire, which is a complication he definitely doesn’t need.

Once back in the Human Realm, Cassidy readies herself for battle. She signs up for Krav Maga classes, where she meets Tyler Romaitis—a handsome, tenacious, humble guy. He seems almost perfect, but nothing is ever that easy.

And as the balance between good and evil shifts, Cassidy finds herself—and her ring—at the heart of the conflict for the survival of mankind.

Between the Bleeding Willows was a truly captivating read.  I actually went through the whole book really quickly and I found it really surprisingly entertaining.

As I have put the blurb just above, I am not going to reveal too much but the book made me feel just I recall I did when I was reading City of Bones for the first time and somewhat crossed with Supernatural.  I found, at least for me that is had that odd element of realism though we are dealing with paranormal events.

Cassidy is a  very relatable character in her dealing with the loss of her boyfriend Jace added to the recent loss of her grandma.  Though she is grieving and really having a hard time of it, she is clearly very dedicated and so very caring.  Her life is irrevocably changed with a chance encounter and the discovery of demons and angels descendants.  This how we meet Killian (and his clan) and this is how Cassidy’s life changes forever.

Killian is quite a fascinating character and really kept really reminding me of Jace (from Mortal Instruments, sorry two different characters called Jace, IKR!!!) and some of his interactions with Clary in the first couple of books (Again Mortal Instruments reference).  Though he is strong and is the leader of his people, I felt like his emotions ran deep and he was not handling them very easily as he is dealing with his growing feelings for Cassidy.

I could say that in this, he is pretty much a predictable male!

There are other characters that are outstanding like Lena who is Killian’s sister and Casper who befriends Cassidy as she is recovering from being ill.  These make for some fun reactions and interactions amongst the group.  There are some fun moments in there, especially when Cassidy decides to test something.

As I said, the book was really nicely paced, we get some action in terms of fights between our heroes and the demons, some twists too; I almost forgot to tell you about that.  It is so very easy to get caught up and be sucked in to this world and one, wanting Cassidy save Jace (from this book.  How could he even sell his soul to a demon?); then two get het and Killian together!

Going back to Jace, I would love to know how he came to be a demon after his death, will that be covered in the next book(s)?

I am looking forward to book 2 and see what will transpire for them, as per usual I am left hanging wanting more.  I keep telling myself that I should read series only when they are all done, but I can never resist so it kinda sucks this way!

So for those of you loving the paranormal demon fighting and are massive Supernatural fans like me, this is the book for you and if you have never read these kinds of books and are curious, Between the Bleeding Willows is actually a lovely smooth start.  So as you can see I highly recommend it and I am hoping you will enjoy it as much as I did.