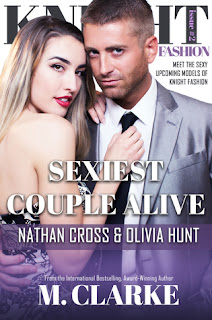 What a second book, we finished not too long ago Sexiest Man Alive with a cliffhanger and Sexiest Couple Alive takes it from there.   Nate and Olivia are still struggling with their relationship and how to deal with each other after all the time has passed even though Olivia has decided to tell Nate that she still loves him.  But, we have Troy come into the picture again with more threats.

If you have read Sexiest Man Alive, then you know exactly what I am referring to and just like me you want to kick Troy’s ass.  I always enjoy great villains and Troy is despicable!  You know there is some great writing in there, I always think it is easier to write good characters that we reader love, but it cannot be that simple making a good solid hateful baddie and here we have hit the jackpot!

The book is still super easy to read and again so surprised that I went through it quickly yet again!  Based on the title alone, we know there is a resolution in terms of Nate and Olivia coming back together, so this is not really much of a surprise, what I enjoyed was really the how!  Now that was super fun and masterful thanks to Isla and Josh.

There were a less flashbacks this time around because the previous book pretty much set the stage for what is happening now.  We do get a few surprises and a really really lovely ending, and I do believe that the next book will likely be about Isla and Josh and that one is going to be interesting if that happens (pretty please!!!).

I have really enjoyed the two books quite a lot and they are really nicely written with 2 main characters that are really complex and yet at their core genuine nice people who made a wrong decision once upon a time and fought to get back together.

So there you have it, Sexiest Couple Alive is a fantastic sequel and I will admit freely that it is a relief we get a resolution is this book and not have to wait for book 3.  My only possible point of contention is the cover.  The image of Nathan Weller for Sexiest Man Alive is absolutely stunning and in complete match with the title, however for Sexiest Couple Alive, I thought it wasn’t as sexy and I could not feel the spark between them on photo.  Maybe I am being too picky, but I don’t know…  Given the choice the cover of book one could go on my wall no problem if I were 16 still.  What do you think?

Love can heal and love can make you soar, but Nate’s expression said my love had broken him. The thought of Nate not knowing how much I wanted him back shattered me. As his eyes filled with utter confusion, he waited for me to continue.

It isn’t what you think.” I searched for the best words to explain.

I might have screwed up finding the right words. It was hard to concentrate with him standing there shirtless, water dripping slowly down his chest from his wet hair. God, he looked sexy as hell. He had no idea what he was doing to me. I wanted to lick every single drop. In my mind, my hands traveled all over his toned chest, wiping away the water like I was his towel.

Nate glared at me, unbelieving, as if he expected me to lie. Then he rushed to me and punched the wall with an expression of rage I’d never seen. His body so close to mine, almost touching, caused my focus to slip away.

“Don’t fuck with me, Olie,” he gritted through his teeth. “It isn’t what I think? I wasn’t given the chance to think.” He pointed to himself. “There wasn’t much to think when I saw Troy practically on top of you.”

I had known that moment would cause me problems. Nate’s expression eased when I began to tremble. His anger and how he’d reacted seemed to surprise him, too. I found my composure again and continued before he had another episode that was so out of character. There was no going back.

“I couldn’t tell you because of Troy. Not because I wanted to be with him, but because I was scared of him.”
His eyebrows pinched at the center, and his pitch rose again. “What do you mean you were afraid of him? Did he threaten you? Did he hurt you?”

When I nodded through unrelenting tears, Nate guided me to the bed with his hand on my back. I wiped my cheeks and sat next to him. His proximity drove me insane, especially when my hand accidently grazed his chest.

“Tell me everything.” he said softly, but it was more of a demand. I could tell his anger had turned toward Troy and away from me. 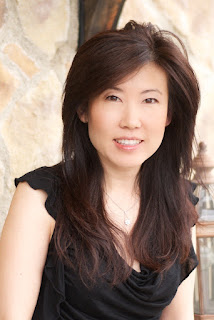 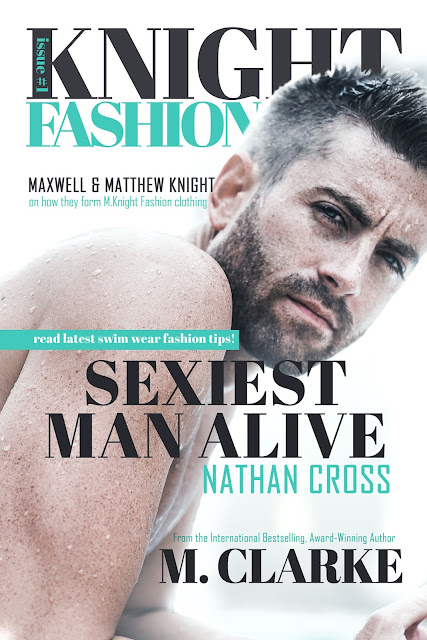 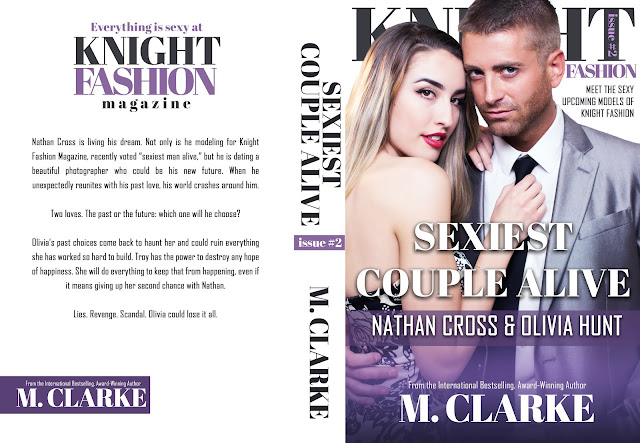