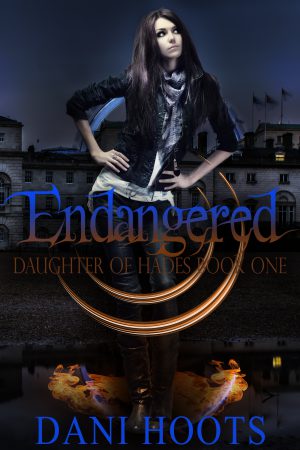 Chrys has been in the Underworld for thousands of years, hidden away by her father, Hades, from all of the other gods. He’s afraid that if someone finds out about her, they will destroy her because of the dichotomous power that she holds, the power of life and death. So she has remained in the Palace of Hades all her life, making very few friends and always bored out of her mind.

Huntley would have never guessed that after he died he would wake up with a beautiful girl standing over him. And that she would be the Dark Lord of the Underworld’s daughter. Yet, for some reason, she keeps him around as her tutor, as if he knows anything about the world. But Huntley knows that all she really wants is a friend; being trapped in the Underworld can get pretty lonely.

That is, until Chrys decides she wants to run away to the human world after a big fight with her mother Persephone. Chrys claims her father is just over reacting and that nothing bad will come of it. There’s no way that the gods will notice she’s there for only a couple of days…right?

I am so happy to be back with my beloved Greek gods and especially Hades. Hades has always been one of my favorites with Ares god of war.  Ok, I will be honest and admit that I do love a few more but I always thought that the story of Hades and Persephone was totally cute (Plus it is a lovely explanation on why we have the different seasons).

In this baby, Hades and Persephone have been married for eons and they have a daughter Chrys that no one especially Zeus knows about.  Chrys has been living in the Underworld hidden from all with 2 friends A.J (demigod son of Poseidon dead for 4000 years) and the more recent Huntley (Human and died not too long ago).

To make a complicates story short, after a fight with Persephone, Chrys decided to go to earth and see exactly what her mother loves so much.  I am not going to tell you more as you need to be reading the book instead of me feeding it to you. But I can tell you that it is good, just imagine a goddess that has never left the underworld, a guy who was alive the last time 4000 years ago and well the recently deceased boy from Philly.

The book is fun, full of surprises and really entertaining.  I loved the characters especially Chrys and Huntley, who would have thought that the underworld was so close to what we endure daily on earth.  The relationship between Chrys and Huntley is also really close and I loved the unconditional friendship and support he gives her.

Endangered is really well written, with a wonderful pace and with such a vivid portrayal of both of Huntley and Chrys’ emotions and feelings, it is like you are there with them all the way. 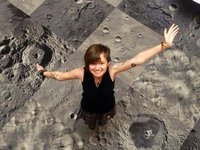 Dani Hoots is a science fiction, fantasy, romance, and young adult author who loves anything with a story. She has a B.S. in Anthropology, a Masters of Urban and Environmental Planning, and is currently in the Your Novel Year Program through Arizona State University.

Currently she is working on a YA urban fantasy series called Daughter of Hades, a historic fantasy vampire series called A World of Vampires, and a YA sci-fi series called Sanshlian Series.

Her hobbies include reading, watching anime, cooking, studying different languages, wire walking, tinkering with her violin and concertina, and volunteering at the library. She lives in Seattle with her husband and two cats.