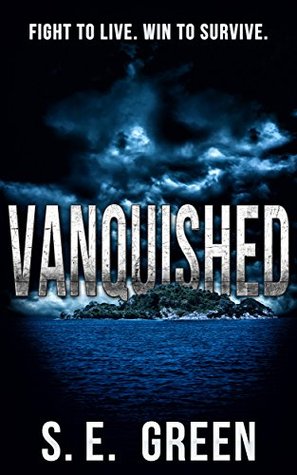 Where society’s elite go to explore their darkest desires. And where promises of freedom are just manipulative lies.

Abducted from their life in Miami, Valoria and her younger sister wake up in this secret society, wherein Valoria is condemned to the fights and her sister is taken away to become a sex slave.

Now “property” of a sadistic tyrant, Valoria joins other men and women captives who are forced to fight and maim for others’ enjoyment, to run in their hunts, and participate in deviant fantasies. And she’s under the cold, watchful eye of Alexior, a hired trainer with his own agenda for being involved in the twisted decadence.

After surviving several near-death ordeals, a defiant Valoria focuses on her training and against all odds soon becomes a favorite. But she fights for one thing and one thing only—to be reunited with her sister and to be freed.

But promises of freedom are sometimes just manipulative lies . . .

I am going to make it easy, it was amazing!  Though the topic is all together horrific, kidnapping people and making them slaves with a backdrop of ancient Rome; my gosh I was hooked after the first couple of chapters.

Let me put it this way, Vanquished is brutal, some of the scenes in there were actually making me cringe, and I thought that actually this would have made a fantastic movie!  It is not really a classic story at all, and I loved the originality of it.  To be honest, I may have expected a lot of things but not what I got. So in terms of unexpected nice surprises this was one for sure.

This is again one of those books I finished in one sitting, I think I ended up being done with it at like 3 am but I can promise that it was time well spent and I was already wanting more for Mrs. Green!

The characters were really beautifully drawn, from the main ones like Alexior and Valoria to the bad guys like Dominus and Vasquez; even going through secondary characters such as Sera, Ignatius and Razo.  However, the one that I have loved loved hating is Bareket and she is a royal bitch!!

There is gory violence, betrayal, manipulations and even love in this very dark book, but I can tell you that it was amazingly well written and so vivid.  This actually made me go look at the books written by this talented author as I enjoyed her style very much.

So if you want something edgier, darker and live action this is the book for you and I can promise that you will not regret reading it!

Let’s see, have I ever steered you wrong?

S. E. Green (aka Shannon Greenland) is the award winning author of several novels including the teen thriller, KILLER INSTINCT, and the spy series, THE SPECIALISTS. She lives off the coast of Florida with her very grouchy dog. Find her at www.segreen.net