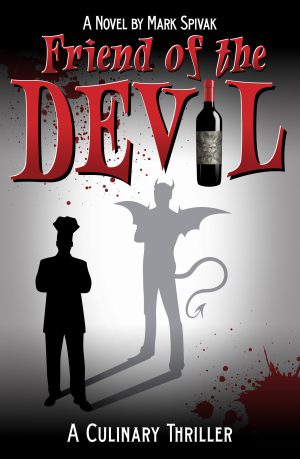 In 1990 some critics believe that America’s most celebrated chef, Joseph Soderini di Avenzano, sold his soul to the Devil to achieve culinary greatness. Whether he is actually Bocuse or Beelzebub, Avenzano is approaching the 25th anniversary of his glittering Palm Beach restaurant, Chateau de la Mer, patterned after the Michelin-starred palaces of Europe.

Journalist David Fox arrives in Palm Beach to interview the chef for a story on the restaurant’s silver jubilee. He quickly becomes involved with Chateau de la Mer’s hostess, unwittingly transforming himself into a romantic rival of Avenzano. The chef invites Fox to winter in Florida and write his authorized biography. David gradually becomes sucked into the restaurant’s vortex: shipments of cocaine coming up from the Caribbean; the Mafia connections and unexplained murder of the chef’s original partner; the chef’s ravenous ex-wives, swirling in the background like a hidden coven. As his lover plots the demise of the chef, Fox tries to sort out hallucination and reality while Avenzano treats him like a feline’s catnip-stuffed toy.

He stepped down from the womb of the 727 onto the stubby metal stairway and descended slowly onto the asphalt of the old Palm Beach Airport, like a child sticking a toe into a hot bath.

The first thing he noticed was the light. By the time he reached the tarmac, it hurt his eyes. It was opaque and shining, milky white and brilliant.

As his feet touched the bottom, a coffee-colored hand plucked the bag from his grasp.

“Mr. Fox?” The teeth were almost as bright as the light reflecting against the pavement.

“Welcome to Palm Beach. West Palm, to be precise.” The voice was cool and melodious, with a Jamaican lilt. “We gladly cross the river to welcome our distinguished guests and ferry them to the other shore.” He extended his hand toward the terminal, smiling broadly. “Come, sir. Your chariot awaits.”

The woman stood next to the limousine, sticking out of the asphalt like an exotic tree. She wore a black leather jacket, and a short, black leather skirt, cut on the bias to give her a schoolgirl look. She was smirking.

She has gorgeous skin, was his first thought, smooth enough to lick. Then there was her hair: jet black, cropped short, spiked liberally with mousse, standing straight up as if from an electrical charge. I am so beautiful that I can mutilate my hair and you will still crave me, she seemed to say. I can masquerade as Elvis Costello and you will still crawl across the runway to worship me. 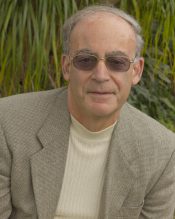 Mark Spivak is an award-winning writer specializing in wine, spirits, food, restaurants and culinary travel. He was the wine writer for the Palm Beach Post from 1994-1999, and was honored by the Academy of Wine Communications for excellence in wine coverage “in a graceful and approachable style.” Since 2001 has been the Wine and Spirits Editor for the Palm Beach Media Group; his running commentary on the world of food, wine and spirits is available at the Global Gourmet blog on www.palmbeachillustrated.com. He is the holder of the Certificate and Advanced diplomas from the Court of Master Sommeliers.

Mark’s work has appeared in National Geographic Traveler, Robb Report, Men’s Journal, Art & Antiques, the Continental and Ritz-Carlton magazines, Arizona Highways and Newsmax. He is the author of Iconic Spirits: An Intoxicating History (Lyons Press, 2012) and Moonshine Nation: The Art of Creating Cornbread in a Bottle (Lyons Press, 2014). His first novel, Friend of the Devil, is published by Black Opal Books.