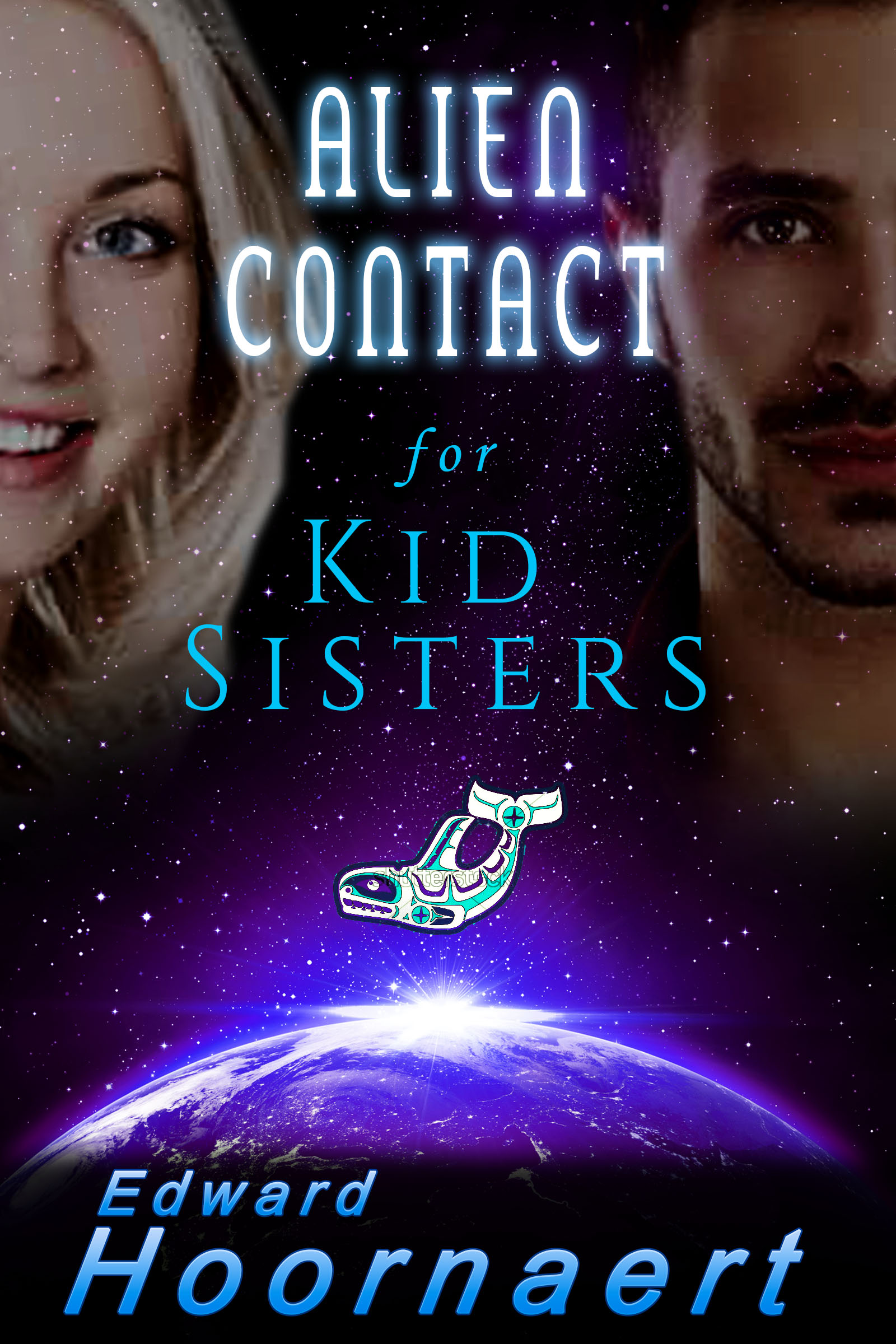 Marianne Harmon is sick and tired of being just the kid sister of the famous queen of Kwadra Island. Although she daydreams about being a warrior, when rebels bomb the royal ball she’s shunted to one of the many tunnels that honeycomb Kwadra, where she awaits a captain of the valiant Royal Guardians.

Quinn Lebatarde, a scam artist fleeing the police, dons the uniform of a Royal Guardian killed by a tunnel collapse. When Marianne mistakes him for her bodyguard, Quinn can’t decide whether to save the feisty maiden, fall in love with her—or kidnap her. With bloodthirsty rebels pursuing them and a treasure map in his pocket, what will he choose?

Alien Contacts for Idiots was so much fun and I am so happy that Alien Contact for Kid Sisters was equally entertaining.

I really like those books and Marianne is so much fun same applies for Quinn. To be honest, I am really loving thei own personal brand of crazy as I do believe it matches my own.

So this time, we go from Tro and Ell to Marianne (Ell’s younger sister) and newcomer/conman with a heart Quinn.

Again just like its predecessor, the book was really funny in part I was laughing all by myself like the crazy person that I am and you know what, it made me miss book 1.  So I decided when I was done with this insane week, I am going to read it again.

That ought to show you that those 2 books are really cool since, why would anyone read the same book again if they did not like it?

I would like to get back to Marianne and Quinn and tell you guys that those 2 are totally adorable and really nicely matched, I found that their adventures were more funny than what went of with Tro and Ell.  So in that regard we have made great progress and as usual I really loved Quinn!

Quinn is a minx!

They make life less boring and let me tell you proof is in this pudding if you get my meaning.

I really don’t want to say too much and spoil it, but we get to meet again old favorites and some new people, we have love, romance some action and adventure and evil guys so really what is not to totally love?

Plus after the more scary books I had in mind for Halloween the other night this is simply a joy!

We all need happy in our lives and my favorite “aliens” are great at prividing that.

Edward, I am a huge fan of your writing and I cannot wait to read more of your work, and dear reader so should you!

Have I ever steered you wrong?

Chief? Quinn Lebatarde’s lips tightened at the insult, but almost immediately, he grinned. The tourist’s Rolex watch shouted money to burn, as did his expensive digital SLR camera. Quinn pocketed the money but held onto the cheap, plaster replica of an ancient Kwadran woodcarving the man and his wife were buying.

Time for some fun. Hordes of tourists crowded the streets, celebrating the birth of the heir to Kwadra’s throne. Business was great. Only three more ‘carvings,’ a mask, and some miniature totem poles remained on his rickety street-side table. And now the prospect of conning this man made Quinn’s day even brighter.

“All original,” he said in the thick accent and broken English dumb tourists expected. If you spoke too well, they didn’t believe you hailed from an alternate Earth. “Historic. Maybe I sell too cheap.”

Instead of giving them their mythological monster from Kwadra’s distant past, he clutched it to his chest. Not hard, though. The trashy fakes broke under the least pressure.

“We had a deal,” the tourist’s wife said.

“Now wait one minute,” said the man. “Isn’t this against the law or something?”

“You no on America now. Merkin law useless.” Merkin was Kwadrans’ slang nickname for Americans, with sexual connotations most of them didn’t know—despite English being their native language, not his. “Where you from you no know that?”

Alien Contact for Kid Sisters will be Free during the tour.