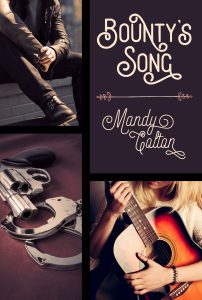 Gage Knight is a Texas bounty hunter and just doing a tough job when he’s sent to Nashville to pick up a grifting high-dollar fugitive. He arrives at the right place at almost the right time, but he makes a big mistake when he leaves.

Once a debutante, Danica Chastain is now a struggling songwriter with a dream of landing a job in the music business. On the day when her hard work seems to be heading in the right direction, a gruff man with a dark presence and wolfish eyes arrives at her door.

Although their immediate chemistry is off the charts, the two clash—for good reason. Danica is not who he thinks she is, and he’s not listening…

“Open the damn door, Gage, or I’m walking in whether you are flagrante delicto or not!”

Groaning, he rolled out of bed, holding his aching head, shuffled to the door, and wrenched it open. “What the hell, Cheryl? And speak English!”

She snickered, reaching up and stuck her pointer finger to the tip of his nose. “Right back atcha, big boy. You’re gettin’ the Tara Morgan file back. Get it together, and get your primo ass moving.” She wrinkled her nose and backed up a step, waving her hand. “Dude, you are ripe. Are you drunk?”

“Yes! And I would like to sleep it off in peace. I just delivered Morgan.”

“No. You delivered one Danica Chastain, and the boss ain’t happy. You would not believe the God-awful twist he’s got his boxers in over this one. He’s embarrassed, all kinds of pissed, and was holding a nut cracker in one hand when I left. You know what that means.”

Fuck. The woman had been telling the truth. “I have no idea where to find the real Tara Morgan. She evidently left Nashville before I picked up the Chastain girl. Their IDs must have been switched.”

“Gage, this kind of shoddy work is not like you. What the hell happened?”

He ran his hand through his hair, and it hurt. “Where is she? Danica?”

“Dad compensated her, which will come out of your next check, and bought her a bus ticket back to Nashville.”

Shit! He should be taking her home. He owed her that much, and he needed to talk to her. He wanted to…

“Gage?” She snapped her fingers in his face. “Gage!”

“Will you stop yelling, girly? My head is already pounding like a bass drum and ready to explode.”

Cheryl was just staring at him now with her head cocked. “How come you got drunk?”

She pulled a wry grin. “I saw that girl… She was pretty. You sweet on her? Huh? Is that what happened? She get under your skin and twist your gonads all up into a love knot?”

This girl and the boss both had an obsession with balls. The wile little snippet of a girl swung a set of truck nuts off the front of her little Jeep. Big black ones. Gage just stared at her a minute and continued his shuffle to the medicine cabinet for some aspirin.

Cheryl followed, hot on his heels. “Oh my freakin’ gawd, I’m right. A woman finally got to you. Gage, the eternal bachelor. Did you do the taboo and pork a skip?”

He stopped and turned. Cheryl was Gavin’s daughter, a professional meddler. Gavin was one of his bosses, a bail bondsman. He worked for a couple of guys who kept him plenty busy. Cheryl just happened to be the go-to girl if you needed information. She could find a third of their skips just through her own contact mill. Everybody liked her, including cops, lawyers, judges, and even some political types. She knew somebody in every neighborhood and precinct in Houston and then a bunch of key people across the state. Shit. Across at least three states. A perpetual-talking, networking, goldmine she was. Friendly as hell, instantly likable, cute as a button with her short-spiky hair like his own, and a cute little pixie face. She was the closest thing to an annoying little sister he’d ever had and currently working up to being a pain in his ass today.

“Girl, will you please stop talkin’. I need to take an aspirin and a piss,” he grumbled.

She leaned against the doorframe, shit-grinning from ear to ear. “I don’t mind. It’s been a while since I saw it. If you’re too weak this mornin’, I could hold it for ya.”

He shook his head and shut the door. Little shit.

He had just started to trickle when Cheryl started talking again through the door and his stream halted. “You know, chances are, that Morgan girl didn’t go far. We got lucky findin’ her in Tennessee, and I don’t think she ever planned to stay long. I think she was just unloading stolen goods and holing up for a while. She likes casinos but not the boats so much that are around there. They’re mainly hangouts for the senior citizens and tourist crowd. Only good for a little pickpocket action. Not her usual gig. She mostly hangs out where she can latch on to somebody, likes the horse and dog tracks. The big question is, which way did she go? I already marked the tracks around Nashville on a map for you. Kentucky, Florida, Louisiana, or Texas, baby. I think the last two. I betcha dollars ta donuts, she didn’t go to Louisville and is probably in Bossier City, Louisiana, right now. More racetracks comin’ back this way toward Texas.”

Gage washed his hands while looking in the mirror. Man, he looked like shit. After downing two aspirin, he opened the door and headed to the kitchen to put some coffee on. Again, with Cheryl following close behind.

“Dad gave me another file. Said to pick this guy up before you leave. He said some other stuff too, but I…uh…don’t need to repeat the rest.”

No doubt. “Your dad is not the only guy I work for. I gotta check in with Tanner too.”

“News travels fast. Tanner called to rub in your mistake just before Dad said all that other stuff I didn’t repeat.” She then quipped, “What you gotta do is fix this Morgan thing. Dad’ll be really pissed at you if this bond runs out and he takes a really embarrassing double hit. He’s out a groveling apology, a chunk of spare change, bus ticket, and some reputation skin off his ass. And you’re out plenty of dough too, aren’t ya?”

He closed his eyes and rolled his neck to get the kinks out. He could give a fuck less about the money. What he needed to do was fix his wrong with Danica. He loaded the coffee pot and flicked it on, then headed to the shower with Cheryl chattering right behind.

“I gotta go. I’ll put the files on the table along with the map I marked. I’ll even call security at the race tracks in Bossier City and Vinton and ask about any reports of theft.”

He turned and kissed her on the cheek. “Appreciate it.”

She smiled and gave him a wink. “I do what I can. After you find that Morgan chick, you can go do your own groveling to that Danica girl.”

“Good-bye, Cheryl. Unless you want to shower with me?” He ended with a mischievous grin.

“Yikes! With you and that big snake? I’m outta here, pal.” She said as she went, throwing an eyebrow waggle back at him, “You’re pretty hot and all, but I don’t think Dad would appreciate me boinkin’ the help. I could hurt ya.” 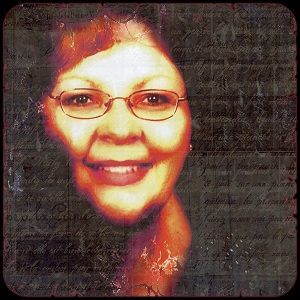 The book is Free on Kindle and Nook During the Tour