We are starting this week with a bang my friends with the Amour Toxique trilogy.  Books 1 and 2 are currently available and I do believe that book 3 is going to be published really soon. 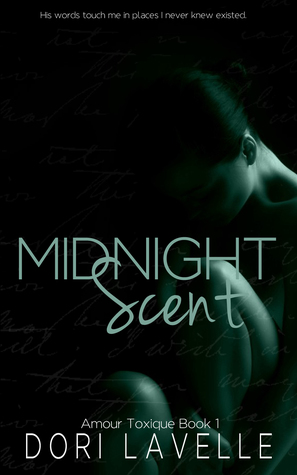 So today, we are going to go over books 1 and 2 respectively Midnight Scent and Midnight Storm.  I would like to start the review by saying that those books come with a warning!

They are dark with some hard topics covered, so for you my dear readers that are sensitive souls, this may not be for you.  Unless of course you decide to take a chance and have a look.  There was nothing in there that I personally found super disturbing, but then it takes a lot to shock me.  It may also be that I know it is fiction, so the impact is not as great for me as it would be if it was real life.  Either way, I wanted to mention it.

Let us begin, we have Ivy newly freed from her mother and ex-model recently enrolled in college in Florida. Due to mishap in her room, she moves with her roommate to a new one and while settling in stumble on a stack of letters left behind.

The letters are scorching hot and they affect Ivy, we soon discover that those letters were written by Judson Devereux who is at the time in prison awaiting trial for murder.

I have given you enough of an intro in terms of spoilers and I will try not to tell you more.

I read both books in one go and they are frankly a short read, in Midnight Scent we have a good intro to both main characters and the plot thickens in Midnight Storm finishing on a huge cliffhanger!

One thing I found interesting is that most of it is written from Ivy’s PoV. However, when she is not in the room, we switch to a third person narration.  I wonder why we do not have Judson’s (that becomes Damian in Midnight Storm) PoV at all.  I would have found it even more fascinating to see what is going on in his head. 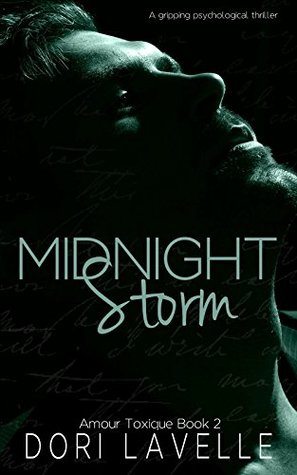 He is the character I am most curious about in the story, not that Ivy is not interesting, no she is and I admire her greatly for doing what she wants and not doing what is expected of her with the “easy life” of a model.

But though we get an inkling on what happened previously with Damien/Judson, there is so much more going on in his head.

The me who has always been fascinated by human behavior, is slightly frustrated here because I want to explore and know Damian more.

I love the fact that though the plot in itself is not unheard of, the characters do stand out, especially Damian.  I think I would say, that I really love him as much as I adored Socio another Damian from the Sociopath Series.  Another series that comes to mind is the one I read sometimes around Oct/Nov from K. Webster and the War & Peace Series.  There is something to be said about bad guys… 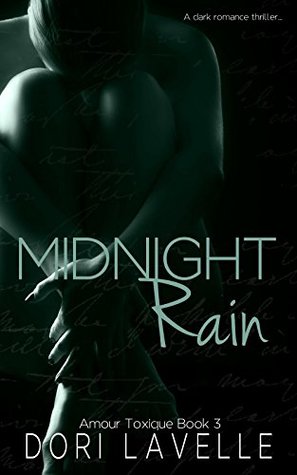 On paper, they are super sexy to me!

Especially if it isn’t that obvious and there is so much depth to them.

For those of you beloved readers who have already read the book, what do you think? For those planning on reading it, I would be really curious to get your thoughts as well.
Those 2 books are an easy and fast read, they are quite short and they pack a punch, there are part that are super hot and steamy and some quite disturbing.  I think it made it for a fascinating read and quite addictive as well.

Hopefully we will get to have book 3 called Midnight Rain out soon, cause I am dying to know how it all ends. I promise as soon as I have it in my hands, I will also drop the review for you.