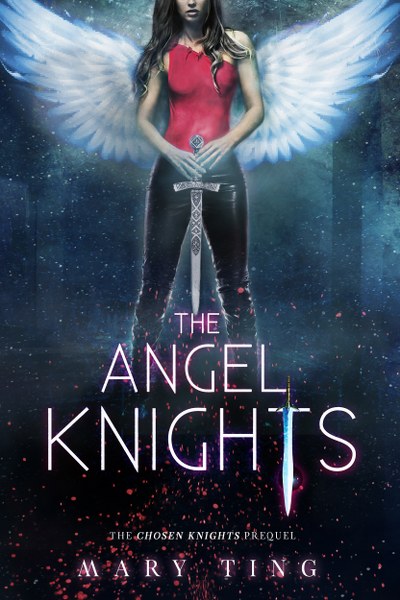 Michael and Claudia’s decision to move back to Crossroads was to keep their
children safe, but they can’t escape who they are. Their children,
Zachary and Lucia, were destined to be demon hunters—Venators. From
the age they were able to hold a sword, they were trained to become
the best and to ensure they would become leaders one day.
All is peaceful throughout the land until the Fallen and demons’
presences were felt in the between and on Earth. As the Venators
investigate these locations, they will quickly learn how dangerous
their lives are. Hearts will be broken. Teammates will lose their
lives. And they will face obstacles which will test their faith.
As danger grows, the fear of fallen angels and demons regrouping has the
Divine Elders on pins and needles. Now, Zachary and Lucia, along with
Uncle Davin, must prepare themselves—mentally and physically—to
live on Earth to investigate where the focal point of evil resides
before it’s too late.
**Strongly recommended to read before the rest of the books!**
Goodreads * Amazon
Review
I have to tell you guys that this prequel has whet my appetite for this series!
You surely know by now, if you are a regular visitor that I love everything angel related and so as you can imagine, I am a happy lady at the moment.
I have not yet read the following books in the series just yet, but let me tell you that The Angel Knights is a very quick read and leaves you wanting for more.
We get to meet Lucia and Zach two teenage venators, as they are facing their fist missions of fighting demons as well as meet their team and family.
This is not my first book from Mary, as you know I have reviewed previously on this blog the Sexiest Man Alive book (OMG That cover!!!!!!!!) and it’s sequel Sexiest Couple Alive that I loved very very much which were contemporary romances, and here we are deep in fantasy!
I love that Mary is so very versatile, and I can tell you that based on The Angel Knights, I am predicting that the main books (shown below) are going to be EPIC!
I am already in love with the fighting sequences, and it looks like Lucia and Zach are going to be really interesting to see grow now that they have been sent to earth to be normal teenagers and go to high school.
Drama!!!!
Another character of note and that one I loved at first sight is Uncle Davin, for an angel he is a goof and he made me laugh quite a bit.
Here you have it guys and dolls, this is going to be good and you know that when I say that, I am hardly ever wrong.  This series is going to be great as I am expecting no less and hopefully I will have the review for the other 2 books for you very soon! 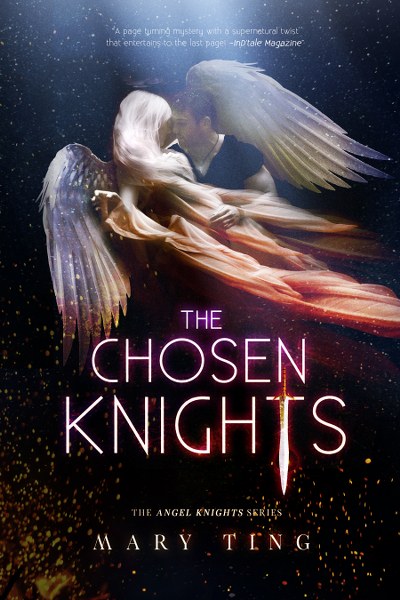 (HIGHLY recommend to read prequel first–The Angel Knights)
*** SILVER AWARD WINNER 2016–YA FANTASY–READERS’ FAVORITE INTERNATIONAL
BOOK AWARD***
A page turning mystery with a supernatural twist that entertains to the
last page! ~InD’tale Magazine
When teens go missing in Hawaii, a group of demon-hunters—half human and
half angel—disguised as high school students, must leave
Crossroads, the place where they reside. In a race against time, they
uncover the mystery connecting the missing teens, which dates back to
the era of the Knights Templar. However, when they discover one of
the Templars passed down a book containing all the secrets and codes
to finding a particular treasure, they soon realize this forbidden
treasure needs to be found before Cyrus, the lord of the possessor
demons, acquires it—a treasure which been safeguarded and hidden
from him.
There is only one problem: the pages containing the clues leading to the
treasure is missing. When the first page is found, Cyrus threatens to
kill more descendants of the Knights Templar if it is not given to
him by Friday the thirteenth. In the midst of threats and discovery,
the demon-hunting angels find they are not alone when supernatural
beings begin to reveal themselves. Can they put their differences
aside and work together to solve the Knights Templars’ cipher? As
they astral travel to the past, they witness a lot more than they
have bargained for. And some things are better left unseen.
Goodreads * Amazon 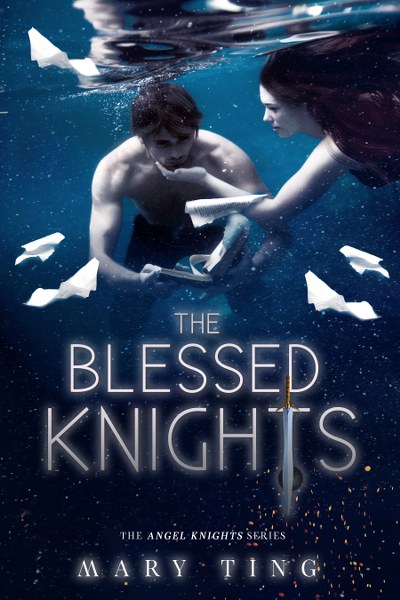 Above a small hill lay a home.
And green men peer out under the dome.
Thirteen crisscrossing arches behold,
with angels singing must be told.
Cubes like teeth thus showed,
pierce one and the door shall glow.
Part the sea like Moses,
to see the bundle of red roses.
Only then you shall see,
what is destined to be free.
Eli, Lucia’s half-demon love interest, has been stabbed with a
true-cross dagger and captured by Cyrus, master of the possessor
demons. The Chosen Knights must work together once again not only to
save Eli, but also to decipher a clue to find the second missing page
of Jacques de Molay’s journal. Meanwhile, Uncle Davin informs
Crossroads’ Divine Elders of the danger ahead and learns there is
much to fear. Countless children are being taken from all over the
world to be turned into demons. Michael, one of the Divine Elders,
has no choice but to intervene. The Chosen Knights track down Mortem,
the demon who is the key to finding Cyrus, and learn they must travel
deep into the pit of a Hawaiian volcano. When they astral travel to
the past in search of a clue and follow Jacques de Molay to Rosselyn
Chapel in medieval Scotland, what they find will rewrite history.
Goodreads * Amazon 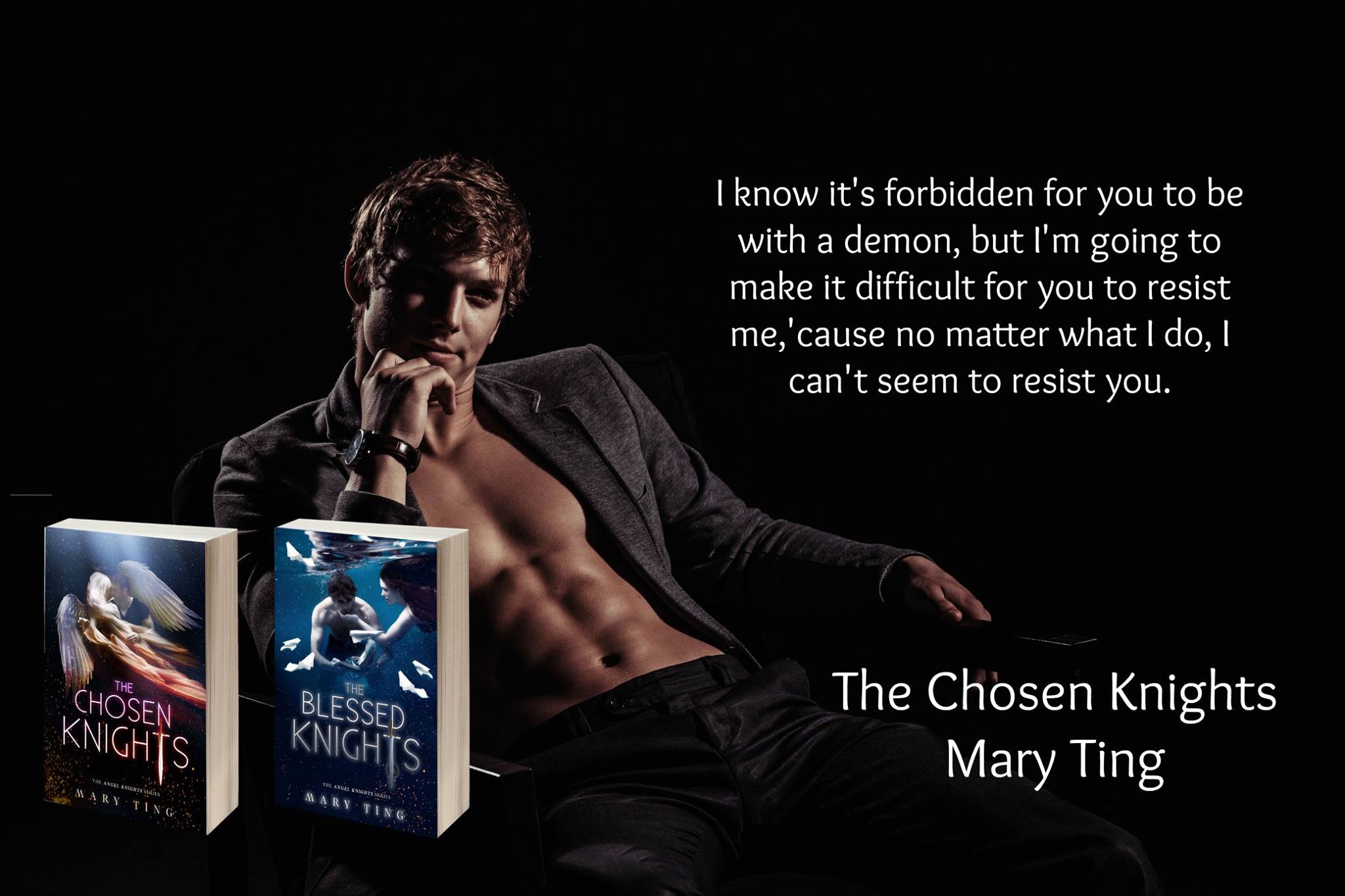 International Bestselling Author Mary Ting/M. Clarke resides in Southern California
with her husband and two children. She enjoys oil painting and making
jewelry. Writing her first novel, Crossroads Saga, happened by
chance. It was a way to grieve the death of her beloved grandmother,
and inspired by a dream she once had as a young girl. When she
started reading new adult novels, she fell in love with the genre. It
was the reason she had to write one-Something Great. Why the pen
name, M Clarke? She tours with Magic Johnson Foundation to promote
literacy and her children’s chapter book-No Bullies Allowed.
Newsletter * Fan Group * Facebook * Twitter * Instagram
Website * Blog * Pinterest * Amazon * Goodreads