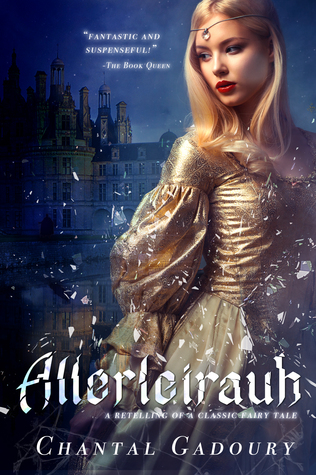 Once Upon a Time…

In the Kingdom of Tränen, a king makes a promise to his dying wife that he’ll only remarry a woman who possesses her golden hair. In time, the king’s eyes are turned by his daughter. Realizing her father’s intentions, Princess Aurelia tries to trick him by requesting impossible gifts: dresses created by the sun, moon and stars, and a coat made of a thousand furs. But when he is successful, Aurelia sacrifices her privileged life and flees her kingdom, disguised by the cloak and a new name, Allerleirauh.

She enters the safe haven of Saarland der Licht, where the handsome and gentle Prince Klaus takes her under his care. Hoping not to be discovered by her father’s courtiers, Allerleirauh tries to remain hidden under her new identity when she finds unexpected love with Prince Klaus, even though his arranged marriage to the princess of a neighboring kingdom approaches. Risking everything, Allerleirauh must face her troubled past and her fears of the future along her journey to self-acceptance in this triumphant retelling of the classic Grimm Fairy Tale. 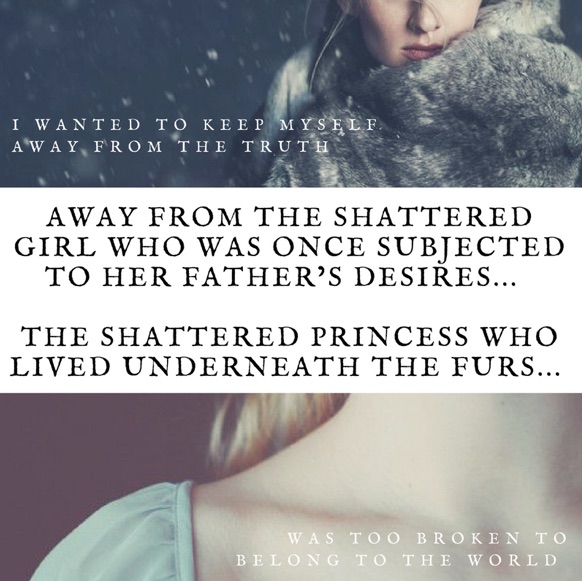 “If you ever decide to remarry, you must marry someone who has my golden hair.”

The words echoed in my ears as my mother murmured them to my father. The entire court had gathered there with us in that darkened room with stone walls covered in old tapestries of red and golden threads, watchful eyes of men and women looming over us from the walls.

My mother, the königin, the queen of Tränen, was dying.

Servants had lit candles across the room, creating a gloomy, death-like ambiance. The only source of light came from the flames, curling out like a snake’s tongue from the fire place. Many of my father’s councilmen stood murmuring while they waited for the queen’s end to come. They waited for death’s dark cloak to wrap around her like the cape of the goddess, Nótt.

Mother lay in her bed, her form still as her breaths became shallower; her lungs becoming less full of air. Her hair, like spools of golden thread, clung to her pale skin. My father’s hand brushed over her forehead, pushing the strands away. She lifted her hand, touching his, seeking an answer from him.

The contrast of her skin against his was shocking. She was pale—corpse-like, the tips of her fingers already turning a frosty shade of blue. My father kneeled, dressed in a white tunic and tan hunting trousers. His light brown beard seemed thicker than usual. His tired blue eyes, the same eyes that others often commented reflected my own, gazed upon my mother.

He was a handsome man for other women to admire.

He carefully grazed his lips over her knuckles. I could hear his soft murmuring.

“My wife. My poor, lovely frau.” There had been talk that he had been by her bedside for majority of the night and all through the morning, while I had been kept in my chamber. I was to wait until the end was nearly at an impasse before I was to bid my mother farewell. He had waited upon her on bended knee. It was an unexpected display of affection. My father had never been the affectionate sort, and especially never with me in all my nineteen years.

His gaze drifted toward the line of young maids surrounding the queen’s bedside, all waiting for an order or request. He lifted a hand and beckoned one of them closer. With reddened cheeks, one of the maids took a step toward the bed, offering a warm, wet rag for my mother’s forehead.

My father’s eyes seemed to taunt the maid to come closer as they glittered in the candlelight, a small, amused smirk on his lips as he held out his hand. He knew his effect on women, as did my mother. My father seemed to have always found a strange delight in tantalizing the young women of the court right under my mother’s nose–especially the young maids of the castle. His wandering hands had been an unacknowledged topic between them, and yet had most haunted my mother in her own private chambers.

As I was guided away from my tutoring lessons earlier in the afternoon, I found many of my father’s councilmen murmuring in the hallways. Their conversation had rattled me as they spoke of the queen’s declining health, proclaiming quite loudly their uncertainty of the future of the königreich, the kingdom. With no male heir, there would be no one with my father’s bloodline to carry the crown. If he were to die, the succession would be uncertain, leaving the kingdom without a könig, and I would be left with nothing.

There were a few young girls my father had bedded over the many years of his rule, all of whom had come to his knees, begging for acknowledgement, money, or a future for their child. Many of the children were male, all of which my father craved to take under his wing. But as the string of his lovers began to unravel before my mother, she’d quickly banished them and their children from our courts.

“Any male that is not born from me will never be könig,” she insisted.  My mother feared of finding herself replaced by a younger, more beautiful woman, who would give the king something she could not…

I had been told my mother looked to my father with apologetic grey eyes on the day of my birth. The wet nurse had lifted me, the accursed girlish bundle into the arms of my father as my mother promised, “A son I will give you next time.”

As I grew older, I could see the desperation in her eyes as my father drifted from maiden to maiden, leaving a trail of bastard children in his wake. All while she remained infertile.

As a girl, I was no use to my father. Without a son, the marriage with my mother would always be a failure in the eyes of his court. Because I had not been born a boy, I rarely saw my father. I was only granted permission on special occasions.

My mother hardly paid attention to me either; I was a constant reminder of her failure, her misery, her curse. I had only been permitted to receive an education in writing and reading, and brief history lessons about the kingdom and surrounding countries. I excelled in learning and did what I could to avoid all the other womanly lessons I was expected to learn. I hated the mundane tasks that were deemed appropriate for the fairer sex.

My mother did everything she could to keep me tucked away in the castle, out of sight. I was never permitted to join the court for festivities. My mother preferred me to stay in my room or the library, like the castle’s ghost. She wished to pretend I didn’t exist. As my youth began to pass before me, I wondered if I would spend the remainder of my years hidden away behind the stony walls of my father’s castle. I wondered whether, if my mother finally had a son for the king, somehow his birth would release me from the prison which cradled me in my own home.

“Promise me,” my mother hissed at my father presently, as she grabbed his hand. She pushed herself up in the bed with a grunt, to look at him more closely.

I watched them as I clung to the red velvet bed drapes. I could feel myself grow light-headed from the warmth in the room and the array of eyes and voices behind me as they murmured their fears and prayers.

“Promise me,” she begged, her voice cracking as he tucked another golden curl behind her ear. “She must have golden hair, like mine.”

As I watched her glossy strands circled around his fingers, I touched my own loosened curl. My hair was tied back with a black ribbon to match the black gown that Myriah, my nursemaid, dressed me in—a symbol of mourning. And yet, I felt nothing like how a daughter should feel while watching her own mother die.

Perhaps my mother thought her eager demand would bring her peace in the grave. I understood. If she could not be a proper wife, who’d brought him honor with a prince, perhaps her golden-haired replacement could be.

Fear surged cold through my hollow ribs as her last breath slipped between her lips, her hand slowly falling from my father’s firm grasp.

A cold shiver ran up my spine as I heard my father’s reply.

His gaze lifted to me in the quiet moments after. I was my mother’s reflection and her only true legacy.

And I knew the king’s promise would become my curse.

Pre Orders are available on Amazon and iBooks 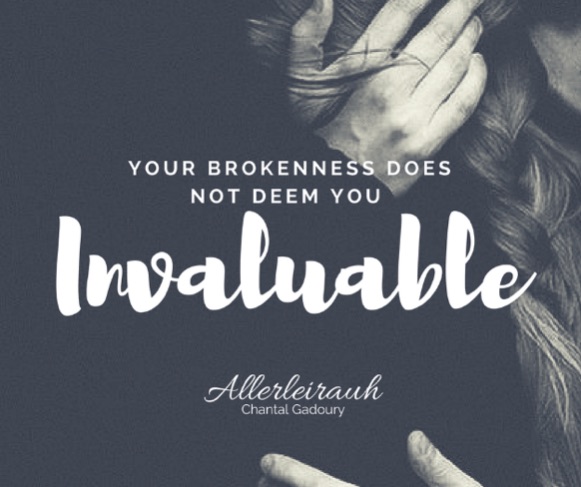 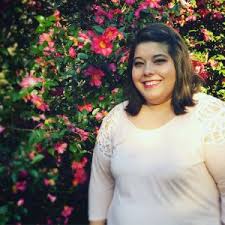 Chantal Gadoury is a young author who currently lives in her hometown, Muncy PA. She enjoys to paint, drink a good cup of coffee when she can and enjoys her favorite Disney classics. When she’s not busy crafting or reading, Chantal is dedicated to her family: A Mother, sister and a furry-puppy-brother (and sends a prayer to her Dad, who now resides in heaven.) As a 2011 college graduate from Susquehanna University, with a degree in Creative Writing, writing novels has become a dream come true!