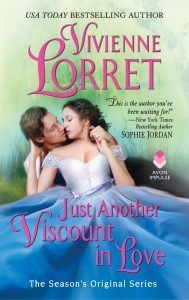 As the toast of the ton, Samuel Wortham, Viscount Ellery, should have no trouble finding a wife. Yet each lady he pursues ends up married to another. As a last hope, Sam plans a house party, intending to choose a bride from one of his guests. But when he encounters a raven-haired beauty by his estate’s pond, he’s captivated by her charm and desperate to see her again.

A quiet trip to the country is just what Gemma Desmond needs to take her mind off marriage. After all, as the daughter of a notorious criminal, her prospects seem quite grim. The last thing she expects is a chance meeting with a handsome lord and an invitation to his lavish house party. Ellery is everything she hoped for in a husband. But can she ever escape the stigma of her father’s misdeeds? When a pair of conniving debutantes frame her for theft, Gemma has her answer. Unwilling to let her scandalous reputation taint the kind, honorable man she adores, she flees. Yet Ellery isn’t about to give her up. He might be just another viscount in love, but he refuses to let this potential bride slip through his fingers…

That is definitely the sweetest book I read all year!

Well actually to be precise, it is more that Sam is the sweetest Lord, I have ever read about.  You really never see one being such a genuine nice guy from the get go and stay the course.

Most usually, our beloved lords come with a few flaws (broad generalities) such as gambler, rake and God knows what else and then “reform/discover their better self” etc… and you know what, it is always entertaining to see that happening. However, the fact that Sam is so good and with a character so well formed made me so so so happy!

I love that the genuine nice guy is the hero is, because usually they are not.  I do love my bad boys too, but this was such a refreshing change; I am thinking I would love to get more good guys in my reading from now on.

Did I mention that I love this book?

Gemma is different, she has a bad rep through no fault of her own! An injustice that I would not stand for either!

I am a libra after all so all about fairness!

I really found Just Another Viscount in Love an exceptional standout, though it was short and I finished it far to quickly for my taste, it was an easy read and true gem.

This is the first book I ever read fro Vivienne and I do believe this was the perfect introduction to her work. I honestly cannot wait to read more and seriously recommend Just Another Viscount in Love.

I am so very certain that you will LOVE it as much as I did!

Ellery angled toward her, his boots shifting to the outer edges of her slippers. The lapels of his coat were only a breath away from the rise and fall of her breasts. Lifting his hand to her cheek, his fingers glided along the slope of her jaw to her chin and tilted her face up to his. “And what of her niece?” The rapid beat of her heart made it difficult to release a breath. It was locked inside of her like so many recent hopes and dreams. Her lips tingled, plumping under his dark, searching scrutiny. And when the tip of her tongue darted out to wet them, his head dipped toward hers, close enough that she caught the clean, spicy scent of his shaving soap and felt the heat of his breath.

Gemma’s eyes drifted shut of their own volition. “I have it under good authority that she likes you. Very much, indeed.”

His other hand released hers, his fingertips skimming up the length of her bare arm, setting off a shower of tingles. Cupping her face, he drew closer, his nose nuzzling beside hers. His lips brushed one corner of her mouth and then the other. “Enough to permit me to kiss her?”

A soft laugh escaped her. “I believe you already are.”

And it was heaven, these slow, searching nibbles at her lips, the feel of his warm breath against her skin.

“Not yet,” he said with more sampling tastes of the corners of her mouth and a sly sweep along the center. Cradling her face in his hands, he went still, waiting for her answer.

Restraint emanated from him in the small vibrations through his fingertips and in each shuddered breath between her parted lips. He would take only what she was willing to give. He was not selfish. His honor and decency were not merely for show. These qualities were part of him and in his every action.

And she loved him all the more for it.

But this was not the time for hesitation. They’d been patient for long enough. Ages and ages. She wanted him to know that he didn’t need to hold back. Not with her.

Slanting her head, she whispered against his lips, “Then show me.” 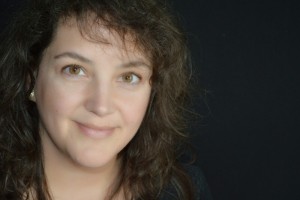 USA Today bestselling author, VIVIENNE LORRET transforms copious amounts of tea into words. She is an Avon author of works including: The Wallflower Wedding Series, The Rakes of Fallow Hall Series, The Season’s Original Series, and the upcoming Emma Identity Series. For more information on her books, sign up for her newsletter at www.vivlorret.net.