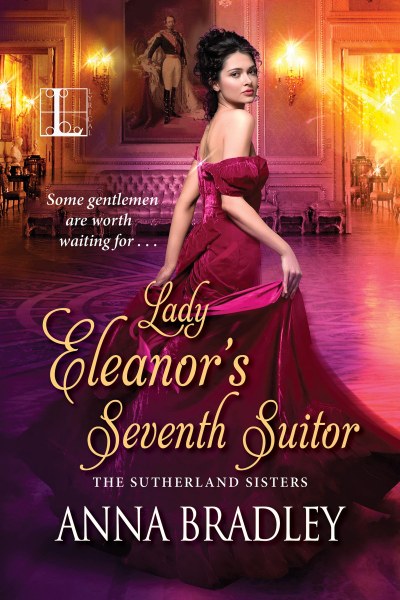 Two sought-after sisters, a slew of suitors—and a vow to hold out for true love. How many proposals will it take to get to “I do”—especially when the stakes are high . . .

There have been six suitors so far, all vying for the attention—and generous dowry—of the beautiful, elusive Eleanor Sutherland. What does this woman really want? Who has what it takes to melt the heart of the so-called Lady Ice? These are the questions Camden West keeps asking himself. But rather than wait for answers, Cam takes matters into his own hands . . . for he has a secret weapon.

Cam knows that Ellie’s sister, Charlotte, harbors a scandalous secret—one that could bring ruin to the Sutherland name. If Ellie marries him, Cam promises to keep mum.

But is she willing to sacrifice her own happiness for her sister’s reputation?

To Ellie’s surprise, it becomes clear that Cam doesn’t need her money, nor is he interested in her status. Soon, what begins as a sham engagement transforms into something deeper, and more passionate, than Ellie could have imagined. Is it possible that all Cam truly wanted was her? And is that reason enough to say yes—or is handsome Cam hiding something else? Even for a lady in love, only the truth will do . . .

* Amazon  * Apple * B&N * Google * Kobo * Kensington
Review:
I really loved this book and Lady Eleanor is truly one of a kind.
It is not often that we get in Regency novels ladies holding out on suitors for their and I find that really admirable!  For this reason it took me quite a while to warm up to Cam.
To be fair I liked his cousin Julian better from the start!
Just to give you a bit of a warning, we get to see the start of Charlotte (Eleanor’s sister) and Julian (Cam’s cousin) story as well. However, they have their own book following this one in Lady Charlotte’s First Love.
Now back to Ellie and Cam…
I really liked them quite a lot, and because of his behavior, it did take me a while to warm up to Cam but one cannot deny the fact that those two came together in a very entertaining way.
I was laughing so hard when Ellie decided to act the idiot to put him off!
I was really delighted, in how funny the whole book was and how lovely the whole of the Sutherlands were.  A very uncommon family to say the least for this I cannot help myself and applaud Anna for flaunting the conventions of the time in terms of the aristocratic families!
The book, is easy to read, I did not put it down till I was finished and it was a wonderful read!  I think I even finished it quickly and was quite disappointed when I reached the end.
I really got attached to the characters and had a hard time letting them go.  To be honest, I was lucky to have obtained the following book 2 of the series and dove immediately into Lady Charlotte’s First Love!
I am going to very highly recommend Lady Eleanor’s Seventh Suitor, and encourage you to read the one after of course as they are really well written, engaging and full of quite extraordinary characters.
From the 2 books I have read, this series is a true joy and I do hope you love it as much as I did!
—- 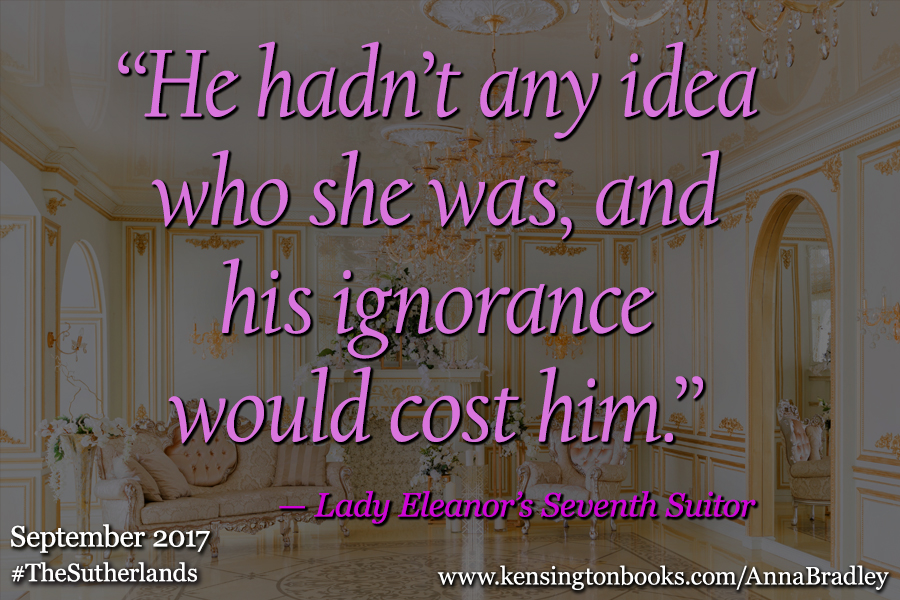 Lady Eleanor Sutherland clutched her fan and studied the young lord before her, a polite smile frozen on her face, her heart sinking into her slippers.

Lord Tidmarsh had placed a wager on her in the betting book at White’s. Ellie didn’t want to believe it of him, but she’d seen this performance— the shifty eyes and twitchy fingers, the sheen of nervous sweat on his upper lip, the hint of a smirk on his lower one—too many times to deny the truth. Yes, his lordship was definitely in the throes of a violent, and feigned, passion.

She knew a sham suitor when she saw one. Lord Tidmarsh was her third this season.

Several weeks ago she’d rejected her fifth marriage offer—one offer too many, she now realized, for the gentlemen of the ton to overlook. Since then it had become quite the fashionable game for them to attempt to pry some sign of affection from her. They teased for dances, begged for smiles. A few of the bolder ones had even written sonnets to her sparkling dark eyes.

My heart flies, my soul cries, and so forth.

It was enough to make one shudder for the fate of the rhyming couplet. Alas, whoever had said a single sonnet could drive love entirely away had the right of it. It wasn’t a romantic sentiment, perhaps, but true for all that.

The same could be said of wagers.

Ellie had her own page in the betting book at White’s. A smile from her would earn her swain a sovereign, a walk on the terrace was worth five guineas, and as for the higher denominations . . . well, perhaps the less said about that the better, though she did wonder what value they’d placed on her virtue.

It must be worthless indeed, for not one of the gentlemen seemed at all interested in securing it.

“Won’t you favor me with a smile, my lady?” Lord Tidmarsh dragged a gloved hand across his damp forehead. “You know I exist only for your smiles.”

Poor Lord Tidmarsh might be able to produce a bit of perspiration, but she couldn’t see any other signs of impending manhood. Not a single whisker shaded his smooth upper lip. She’d have settled for the merest hint of fuzz, even—anything to indicate a hair had tried to hatch there.

“Will you consent to one more dance this evening? Please, Lady Eleanor.” She sighed. It had come to this, then. She’d be compelled to rebuff a mere lad this time. The ton already called her Lady Frost behind her back, and once she sent young Lord Tidmarsh on his way, she was sure to be saddled with a far worse nickname.

But the sooner she put an end to this scene, the better. “I beg you’ll excuse me, my lord. I’ve already danced twice with you this evening. If we dance together again, the ton will gossip, and—”

“Would that be so terrible?” He arranged his lips into a perfect schoolboy pout.

She pasted a smile onto her face. “Now, Lord Tidmarsh, you know very well a third dance will encourage Lady Foster’s guests to assume we have an understanding. We wouldn’t want that, would we?”

“But we could have an understanding, even now. It’s the very thing I want.” He pressed her fingers against his bony chest, his face twisted with a passable imitation of passionate despair.

Eleanor tried to withdraw her hand, but he hung on with such determination her arm began to slip out of her glove. Well, how absurd. She would have her hand back, even if it meant he ended with her limp glove clutched to his chest.

“I’ll run mad if you refuse me, Lady Eleanor. Indeed I will!”

Eleanor’s cheeks heated with embarrassment. Must all of her pretend suitors fall into wild hysterics? Next he’d fall to his knees, beat his chest, and tear his hair out from the roots.

Another tragic hero, right here in the middle of the Foster’s ballroom.
She supposed it was more amusing if he fell into fits. Whichever lord had sent him to torment her would want to see the thing done with a dramatic flourish. No doubt Lord Ponsonby, Mr. Fitzwilliam, or another of her rejected suitors was watching the entire performance from a shadowy corner of the ballroom.

Eleanor straightened her spine. Well, there was no help for it. Lady Frost would have to make an appearance. A pang of guilt pierced her chest for Lord Tidmarsh’s tender young heart, but if he had any true affection for her, it was a flimsy thing, at best.

She fixed him with a steady gaze, and after a moment his blue eyes darted guiltily away. Ah. Just as she’d thought. A dare, or a wager. “I must insist you release me.”

He clutched at her fingers. “But Lady Eleanor, I swear—”

He studied her for a moment, no doubt hunting for some tenderness in her eyes, some hint of breathlessness, some softening of her lips.

Eleanor gazed back at him, her face expressionless.

He dropped her hand and stepped back. “Very well. I wish you a pleasant evening, madam.”

It was far more likely he wished her to the devil, just like the rest of them, but it wouldn’t do to say so. “How kind you are, my lord.”

He folded his lanky frame into a stiff bow, turned on his heel, and disappeared into the crowd. Eleanor watched him go, her chin raised as she fought the urge to let her shoulders slump in defeat. 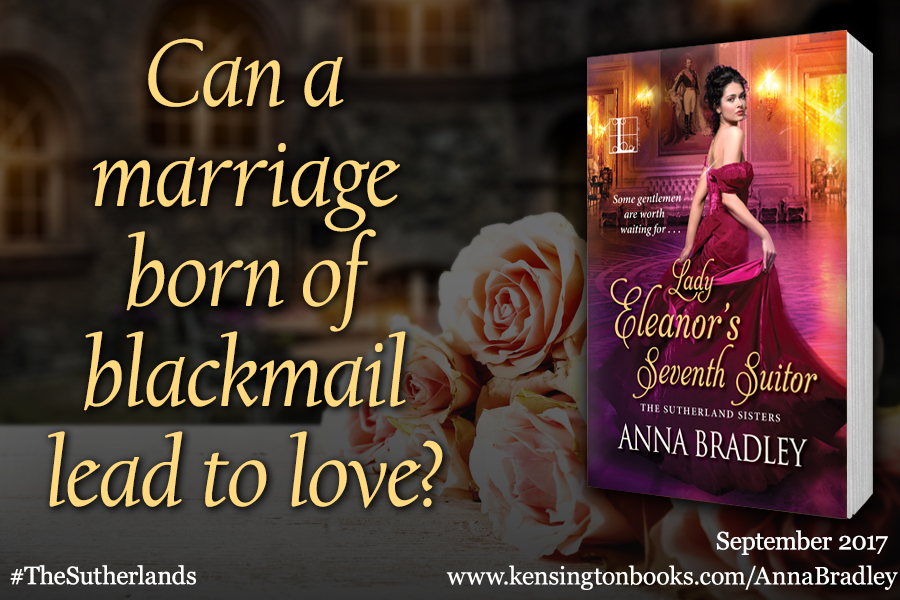 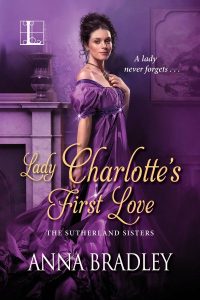 From spirited young woman to reckless widow, the beautiful Marchioness of Hadley remains a force to be reckoned with. But beneath her antics lies a broken heart . . .
Since her husband’s tragic death, Lady Charlotte Hadley has embarked on a path of careless behavior and dangerous hijinks from which no one can divert her . . . until suddenly, her first—and only—true love reenters her world. Their fiery romance was so scandalous Charlotte had no choice but to marry another, more suitable man. Surely now they are both free to pick up where they left off . . .
Julian West has returned to London a hero after making a name for himself in battle at Waterloo. Every woman is vying for his attention—except the one who stole his heart. No matter, Julian has other obligations. But when Charlotte’s sister, Eleanor, charges him with protecting the widow from ruin, what ensues is another kind of battle—one that leads a chase from London’s bars and brothels to the finest country estate as Julian and Charlotte untangle a host of secrets, regrets, and misunderstandings. For could it be that the love they’ve forced themselves to forget is exactly what they need to remember? . . . 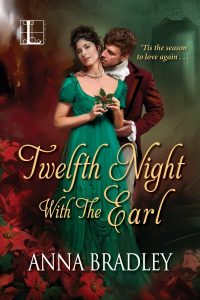 When a headstrong beauty clashes with the man she once loved, she’s determined that the spirit of Christmas will open his mind, heal his heart, and perhaps give them a reason to celebrate—for many seasons to come . . .
As far as Ethan Fortescue is concerned, his family’s seat in Cornwall is only a source of torment, one that he’s managed to avoid for two years. Now that he’s the Earl of Devon however, he can close the door on his haunted past by locking up the cursed place for good. But upon arriving at Cleves Court, he is shocked to find the house aglow with Christmas celebrations, filled with music and laughter. And right at the center of the holiday madness is the infuriatin g—and eternally tempting—Theodosia Sheridan . . .
Thea has always loved the town of Cleves, especially at the holidays. As a girl, she also loved Ethan with all her heart. It’s painful to see how his brother’s tragic death has embittered him. Still, she will do anything to make sure the town thrives—even if it means going to battle with Ethan to save Cleves Court. Now she has only until Twelfth Night to make a Christmas miracle happen—by proving that his childhood home can be a source of love and wonder. But before long, she finds herself wondering if she’s trying to save the house—or its handsome master… 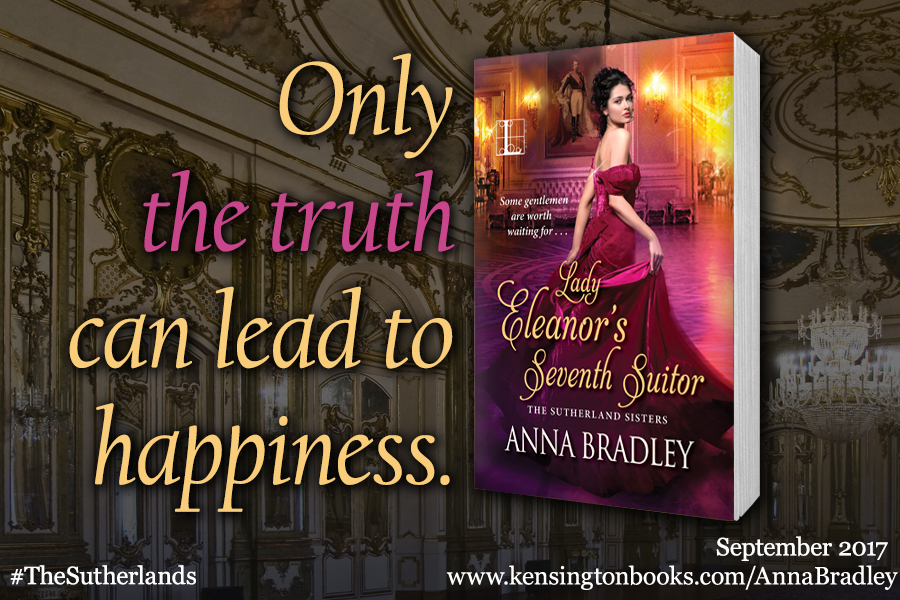 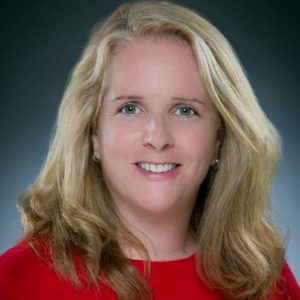 Anna Bradley is the author of The Sutherland Scandals novels. A Maine native, she now lives near Portland, OR, where people are delightful and weird and love to read.

She teaches writing and lives with her husband, two children, a variety of spoiled pets, and shelves full of books. Visit her website at annabradley.net.