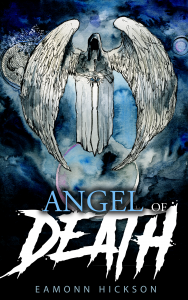 Tormented by dreams and visions from an early age, Emily Dunhurst battled her way through childhood, missed the excitement of teenage years, yet still managed to arrive in her twenties with some shard of sanity.

But, when the Angel of Death appears at her grandmother’s bedside, Emily’s world is remolded in pain and worry. Her ability to see otherworldly creatures is the only way to stop the Creator’s Servant—and save her family.

However, Emily soon finds out that angels are hard to stop.

Goodreads
Review:
Truth be told, at first I did not like it! Though the characters were good, something kept holding me back in terms of really relating to the story and losing myself in it.
Let me explain, in Angel of Death we have 2 main characters: one human Emily and one divine Azrael! They are both going through their story lines and journeys side by side and it is only when they finally meet across time that things finally take a good turn (at least for me) and things start happening!
All of my beloved readers, know my love for fast paced stories no matter the genre and my abiding love for some action.  As I said above, at first I did not like it, it was for me way too slow paced and I kept telling the book to get to it already! I am an impatient one, what can I say?

However, just as we hit midway through the book where Azrael and Emily meet and we have our first confrontation that I am happy once more!

Thank you Jesus (Maybe I should say the Creator instead?)!

It feels like the first half was made to set all the characters and give us a solid background; but because of my personal preferences, it felt like it took forever!

Don’t get me wrong, there is nothing wrong with it, it is just that I need stuff to happen! (I am a weirdo like that!!)

I really loved the story, we dive deep into angel lore (and we know my never-ending love for anything with angels in it!), the characters were wonderful and I have to give big thumbs up for Emily and more for her Grandma!

The love and relationship between the two gave so much added depth to not only the characters but brought balance to the fact that dear Azrael is more “cold”. I am using the quotes here because it is true and it isn’t at the same time…

If you are wondering what I am on about, well there is no choice but to read Angel of Death!

Now that I am writing this, and taking the ending into account, I do believe there is a lot of plot points that remain wide open and I am a girl that needs closure.

So does that mean that there could be a follow up book?  Not wanting to give things away, but I can see clearly a huge battle ahead and a certain someone needs his ass kicked big time!!! (you will know who I am talking about when you read the book!)

Though I wasn’t crazy about it at the beginning, I am deeply pleased that the book turned around and satisfied my need for some battles!  It is really good and I see a lot of potential for a series!

I really hope you all enjoy it as I did! 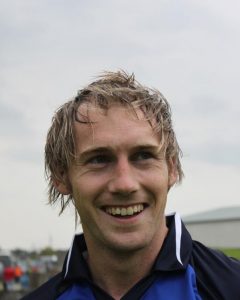 Eamonn Hickson is an Irish author. He released his first novel, The History Maker, in December 2012.

He has undertaken a number of creative writing, and writing for print courses recently.

His second novel, Angel of Death, was released in December 2013.