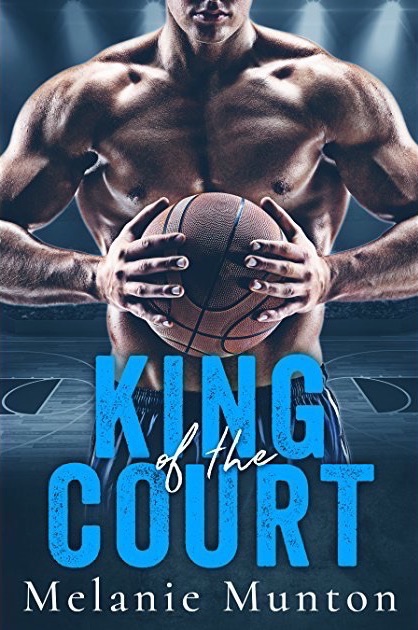 CAM DONOVAN
Cam has been the king of college basketball for the past three years. Every season he dominates the basketball scene, and the entire country loves him. Well, everyone except for the only girl whose attention he actually wants.
REESE BRADLEY
As the new trainer for the men’s basketball team at North Calhoun University, Reese literally can’t stay away from the cocky star forward. She tends to avoid Cam’s type. The big-man-on-campus, alpha male type. But she’s finding it very difficult to ignore him and his relentless flirting.
THERE’S JUST ONE PROBLEM
Reese is the coach’s daughter. Cam’s coach has made it very clear that all members of his team are to keep their hands off Reese, no exceptions. With his final season at NCU under way, the last thing Cam needs is for his team’s dynamic to be screwed up, all because he couldn’t keep from screwing the coach’s daughter. He has to stay far away from her if he wants to take his team all the way.
MAKE THAT TWO PROBLEMS
Trey Warren. Point guard for NCU’s rival school. A.k.a., Cam’s long-time arch rival and coincidentally, Reese’s greatest nemesis. Trey is the one person who can send Cam’s basketball empire crumbling to the ground. Not to mention make matters between Cam and Reese even more complicated.

As the highly publicized rivalry between Cam and Trey intensifies, the attraction between Cam and Reese heats up to scorching levels. No matter what, they know they have to resist each other. The more they deny their feelings, though, the stronger the pull between them becomes.
But can they withstand secrets, betrayals, rivalries, and the ever-present press? Even if they break all the rules, will they be strong enough to fight through the forces conspiring against them?
AFTER ALL, EVEN KINGS CAN BE OVERTHROWN…

I am going to spare you the suspense of wondering and tell you right now that I just loved it!  I don’t read too often the sports romances to be honest though we are all aware of my addiction to the Hashtag series and in those books Romeo plays football!

Here we have Cam and he plays basketball!

Cam had an injury Freshman year and well, as the book starts we are aware that he may be hurt again and that could end his career.  We go though the first few pages knowing that something bad could happen to Cam.

That really made me attached to him straight away, it made him so endearing to me like I wanted to protect him from harm there and then!  Now that my friends is great writing and story telling!!

Enters Reese, she is the coach’s daughter and doing an internship with the team and well has issues with her dad…

The first meeting with Cam was hilarious!

Once that happened I was sold!

I am not going to go into too many details and give you all the good bits… you know me and I always say that you gotta read the book. This is going to be no different and if you want a really good romance, well this is one for sure!

It was funny, sweet, sexy… nope super super sexy and I enjoyed every single word of it. I actually refused to put down till I was done and when that happened, I still had a hard time letting it go!  Can I get a sequel please?  Those 2 are really entertaining together!!!

I really loved the characters as well, Cam and Reese were well written have fantastic interactions and you could really see who they are as people!

I had never read anything from Melanie before, but now I am going to be grabbing more of her books for sure! King of the Court is a really fantastic read and I am going to very highly recommend it!

I really hope you LOVE it as much as I did!