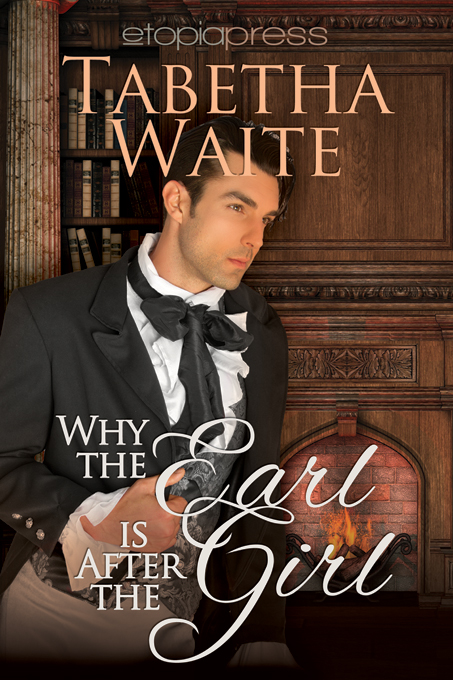 Why the Earl is After the Girl
Ways of Love Book 1
by Tabetha Waite
Genre: Historical Romance
277 pages

A missing heirloom. A stolen inheritance.
Can love conquer mistrust?
Athena Hawthorne never imagined that she would lose everything she’d
ever had. But after the death of her father, his prosperous jewelry store
is sold off to pay his supposed debts. Athena, now destitute, embarks
on a mission to discover the truth, but circumstances force her to
accept an offer from a handsome stranger to work as a governess.
She’s determined to clear her father’s name, but a certain earl is
making matters far more difficult than necessary. And she can’t be in
danger of losing her heart to a member of the aristocracy…
Orion Ashcroft, the Earl of Rockford, is convinced that Athena is a
grasping thief who stole a priceless family heirloom, the rare
sapphire known as the Couleur Magnifique. When he offers her the
position of governess to his sister’s children, he only intends to
catch her in some nefarious scheme and get back the sapphire—his
grandmother’s dying wish. But he soon discovers that keeping his
distance—and his sanity—around the beautiful Athena isn’t as easy
as he’d planned. It certainly doesn’t help that his sister and his
best friend plead her innocence at every frustrating turn. Soon he’s
struggling between honoring his promise and his growing attraction to
Athena.
But there’s danger closer than either expect. Even a masquerade can’t
hide Athena from the curiosity of the ton forever…and there’s a
threat hiding among the highest members of society…
Add to Goodreads
Amazon * Apple * B&N * Kobo 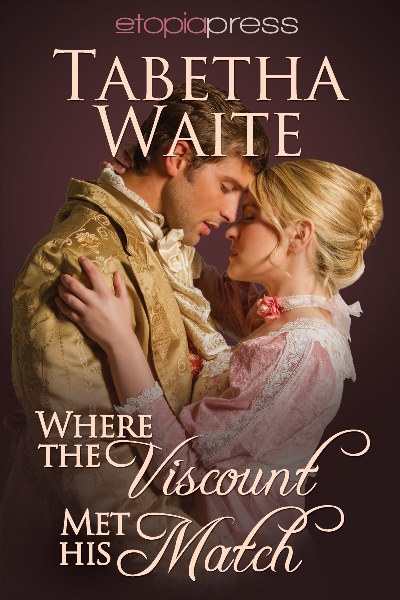 Secrets. Lies. And a second chance at love…
Torn from the only man she’d ever loved by a tragic secret, Mara Miller
has traveled a long and difficult road. From poverty and the
workhouses, she’s finally made a life for herself as the owner of a
small haberdashery in London. With her companion, Big B, an African
slave she’d helped escape from a Brazilian slaver, she’s made a fresh
start. But when the past walks into her shop—in the form of the
ever-handsome Roarke Garrott, Viscount Eversleigh—Mara feels her
whole world crash to her feet. Thrust back into a web of lies,
deceit, and manipulation, Mara is forced to face the one man she’d
sworn to forget.
For the past seven years, Roarke had sequestered himself in India to
mourn Mara’s death. Vowing to move on and put the past behind him, he
returns to London, only to find himself gazing into those beautiful
green eyes he believed he’d never see again. Now he’s found
her—alive and trying to deny who she was. A million feelings wash over him.
Joy. Fury. Heartbreak. He would have the truth from her—of where she’d
gone, and why—but when trouble from the past finds Mara and Big B,
the truth becomes secondary to saving Mara’s life. After just
learning that the woman he’d loved is alive, Roarke is not about to
lose her again…
Add to Goodreads
Amazon * Apple * B&N * Kobo 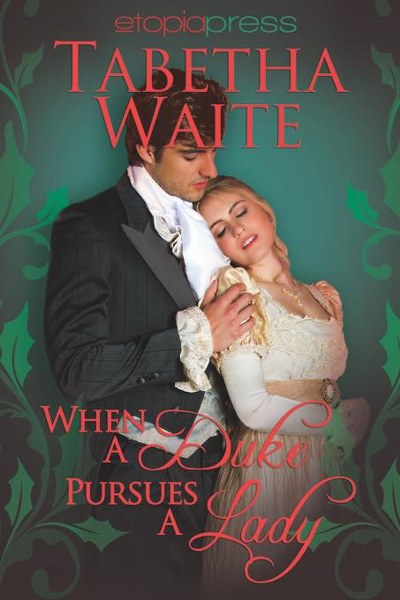 When a Duke Pursues a Lady
Ways of Love Book 3

An innocent woman. A loyal agent to the Crown. A path of deception that
tests the bonds of love.
Lyra Coventry, Lady Weston, has spent the past three years trapped in an
abusive and loveless marriage. But just when she believes she’s
free, she’s charged with the murder of her husband. With no one to
turn to for help, her judgment seems rather dire, until the Duke of
Albright comes forward to offer his aid. With no choice but to put
her trust in him, she doesn’t know that he has an ulterior motive
for helping her – to prove her guilty of treason. It isn’t until
the true villain comes to light that she discovers a strength she
never knew existed – and a love she never thought was possible.
Alister Ayles, Duke of Albright, might be the subject of ton ridicule, but as
a highly respected agent for the Crown, he discovered a higher
purpose. However, when he’s faced with his toughest investigation
to date, he has to travel a difficult path. Years ago, he’d made a
mistake and let Lyra slip through his fingers. Now, he has a chance
to make it right by clearing her name. But when it comes down to a
test of loyalty, will he stand strong, or fall prey to his desires?
Add to Goodreads
Amazon * Apple * B&N * Kobo

I have loved this series from the get go!

You may recall that a few months ago I did share the review for Why the Earl is After the Girl and I have been a huge fan of Tabetha since then! I am not going back talking about book 1 but I am happy to tell you how much I loved book book 2 and 3.

I pretty much devourered them as soon as they were in my hands and I was so impatient that I ended up reading book 3 When a Duke Pursues a Lady before Book 2 which is Where the Viscount met his match.

In fact the 3 books can be read as stand alone novels, but they honestly pretty much follow each other because well the beginning of Where the Viscount Met his Match pretty much started in the last few pages of Why the Earl is After the Girl .

What I love about the series is the fact that they are a mystery wrapped in a romance, and I have grown over the past few months really fond of those especially those set in a Regency.

Tabetha is truly a wonderful storyteller and the 3 books flow seemlessly together. Honestly, I would have loved to have read them all 3 back to back in one go! I would actually highly recommend you do that as we meet that same group of characters throughout the books.

I am not going to go into details for each book, but know that it helps if you read them in order, but it is not a problem is you do not.  They are honestly fantantic, I did not put them down until I was done and I would love to have more!

I found that the characters were really well-written and realistic. I have a really special fondness for Mara (book 2) and the Duke of Albright (book 3). That does not mean I do not like the characters of book 1 or that they are lesser in any way… just because I read these books most recently, they are my current 2 standouts.

I actually have decided when I have a moment to re-read book 1 that way I can make my final ranking of favorites for the whole series. Though I do say that, I am not sure if we will be getting more books in the series?

Either way, I would be happy with another book or a brand new series all together as long as Tabetha writes her with her unique flair!

By now, you guys know that I am going to highly recommend the series to you all and I cannot wait to see Tabetha’s next series.  I would love for you all to tell me what you think and which book or character is your favorite! 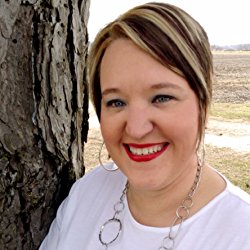 Tabetha Waite is the award winning author of “Why the Earl is After the
Girl,” her debut novel and the first installment of her Ways of
Love series. Raised in Missouri by her paternal grandparents, she
always had a love of reading. Her early influences were the Gothic
romances of the 60s, the Janet Dailey Americana series, and “Midnight
Bride” by Kathleen Drymon. She continues to make her home in the
Midwest with her husband and two daughters.
Website * Facebook * Twitter * Instagram * Amazon * Goodreads

Follow the tour HERE
for exclusive excerpts, guest posts and a giveaway!
a Rafflecopter giveaway