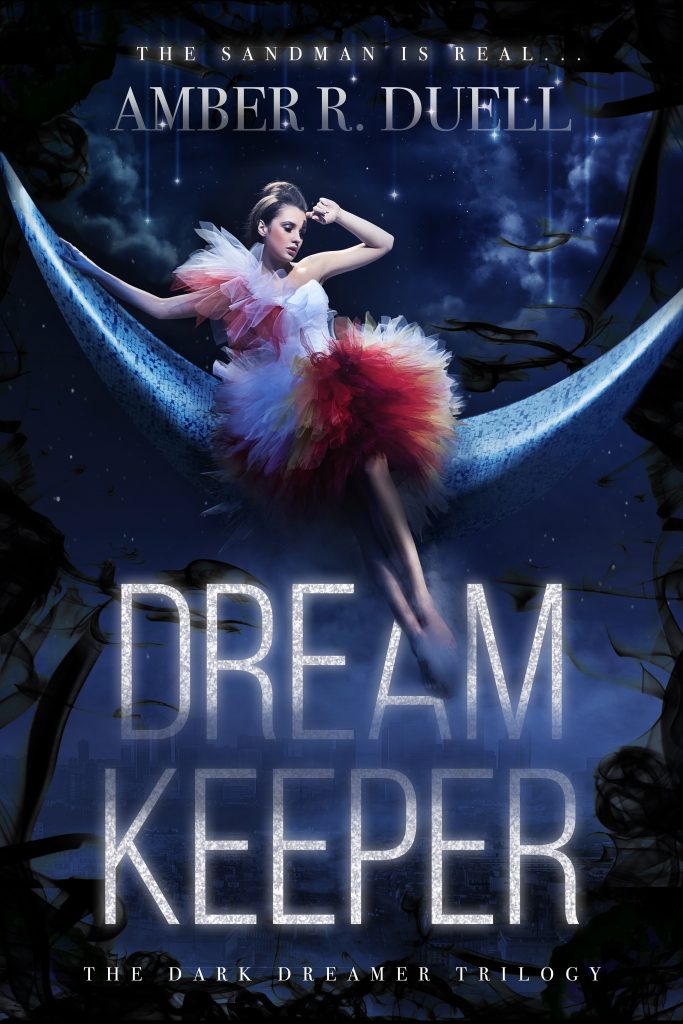 The Sandman is seventeen-year-old Nora’s closest friend and best-kept secret. He has to be, if she doesn’t want a one-way ticket back to the psychiatrist. It took her too long to learn not to mention the hooded figure in her dreams to her mother, who still watches Nora as if she’ll crack. So when Nora’s friends start mysteriously dying gruesome deaths in their sleep, she isn’t altogether surprised when the police direct their suspicion at her. The Sandman is the only one she can turn to for answers. But the truth might be more than she bargained for…

For the last five years, the Sandman has spent every night protecting Nora. When he hid the secret to the Nightmare Lord’s escape inside her dreams, he never expected to fall in love with her. Neither did he think his nemesis would find her so quickly, but there’s no mistaking his cruel handiwork. The Nightmare Lord is tired of playing by the rules and will do anything to release his deadly nightmares into the world, even if that means tormenting Nora until she breaks.

When the Nightmare Lord kidnaps Nora’s sister, Nora must enter enemy territory to save her. The Sandman is determined to help, but if Nora isn’t careful, she could lose even more than her family to the darkness.

I think this is the first time, I have read and reviewed a book on the topic of dreams, so this was really exciting for me to read something different from my usual style.

Saying that I can tell you straight away that as the first book of a series, Dream Keeper, did a great job of introducing the characters and set the tone of what is going on.  I felt that the storyline was outstanding and original and I truly enjoyed the characters of Sandman and Nora.

We have a very good villain and a lot of tension and drama that make for great unexpected events and keep with the tension in the book.

Though there isn’t a lot of ass-kicking as I tend to like it, there are plenty other things going on to keep you on your toes and keep you engrossed in the story.

I was not sure what to make of Nora at first, but she pretty much grew on me and I went along her story and really got to like her very much.  Sandman is still a bit of a mystery to me, but I like that and it doesn’t bother me because we still have 2 more books to go and it allows for them both to grow, change and reveal more about who they are.

I was quite busy so, I read the book over 2 days and could not put it down once it got really interesting.

I need to warn you that the book ended on a major plot twist, and I am not sure when book 2 is coming out. I can only hope that it will not be too long until we get it.

I really enjoyed Dream Keeper, and if you are in the mood for something a little different, then this is the book for you. I got hooked and I do hope you will enjoy it as much as I did.  I am going to very much recommend it to you all, and am looking forward to hearing your thoughts on it! 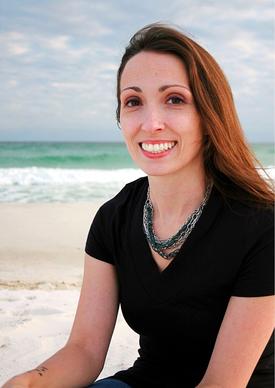 Amber R. Duell was born and raised in a small town in Central New York. While it will always be home, she’s constantly moving with her husband and two sons as a military wife. Before becoming published, she had a wide range of occupations including banking, bartending (though she’s never tried alcohol), and phlebotomy (though she faints with needles). She also volunteered as a re-enactor at the local Revolutionary War fort and worked near shelter cats which led to her previous crazy cat lady status.

She does her best writing in the middle of the night, surviving the daylight hours with massive amounts of caffeine. Her favorite stories are dark with a touch of romance and a villain you either love to hate or hate to love.

When not reading or writing, she enjoys snowboarding, embroidering, snuggling with her cat, and staying up way too late to research genealogy. She loves to travel and has visited more countries than states. Kissing the Blarney Stone and hand-feeding monkeys in the mountains of France will be hard to beat, but that doesn’t stop her from trying to find the next real-life adventure.