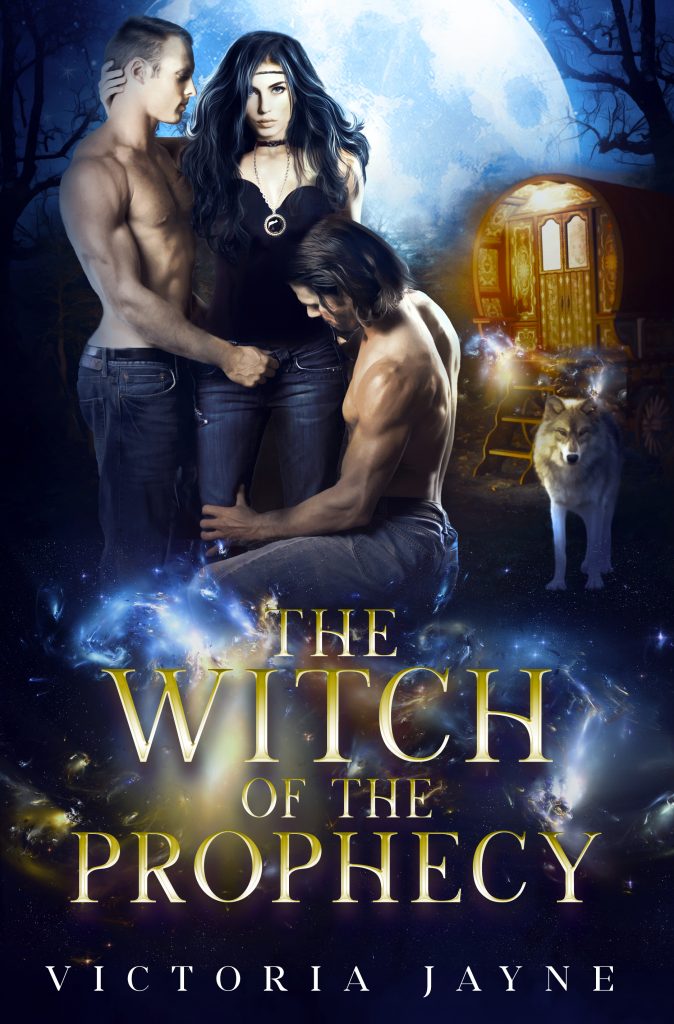 Divina’s had it with the prophecy.

Divina’s not convinced the prophecy is about her. Her manipulative vampire ex-boyfriend, Rori, is reluctant to give up his love for her to pursue the throne. Meanwhile, the wolf shifter meant to claim Divina doesn’t believe in the prophecy. However, he does believe Divina is his mate.

With the pressures of the prophecy and the most powerful coven in the present-day United States, Divina is left to choose between complying with the prophecy and mating with Aric—or leaving it all behind to allow the catastrophic possibility of supernatural beings getting exposed to humans.

I will say that it took me a little while to wrap my head around what was going on, I think it has more to do being so tired after long work days than the book, to be honest.

However, once I got into it, I really enjoyed Divina very much.

So here, we have witches, vampires (mainly Rori) and werewolves (mainly Aric) and a prophecy.  Based on the book title we know that it is all about Divina but at the same time, there are a lot of things open and possibly things are not as straight we some of the characters think.

An interesting love triangle to say the least.

I thought the book was really entertaining and Divina stands out for sure. I am still uncertain on how I feel about Rori and Aric just yet because I think we are only looking at them from the surface and I am hoping the following books will dig deeper into them and we get to know more.

At the moment, I am still reserved about the couple I am rooting for thought to be fair, my natural preferences would go to Rori (Hey, I love my vampires!).

But back to the plot in general, there are a few surprises and some misdirections, I am really curious as to how this will work out in the end and I can not wait for Victoria to release the next book.

I am going to recommend The Witch of the Prophecy to you all, and I hope you love it as much as I did. Now the question is, when is book 2 coming out?

“Pay attention,” she snapped. “You don’t need power, just Divina,” she spoke simply. “You don’t need the council seat, just your witch.”
Tightening his mouth into a firm line, Rori considered her words. The witches could be testing him. Through this manipulation, this appearance of Ines, they could be testing his resolve to sacrifice love for the throne, for the good of all kinds.
“If I do that then I will be the one to end us all,” he said, wary of Ines’ intentions.
Ines shook her head. “You have no desire to do such a thing,” she pointed out. “How could you end us if you don’t want to?”
She coughed again harder and longer this time. She looked at her hand and cursed before wiping it on the woolen blanket she held close around her.
“They are forcing you into a place you’re not meant to be, Roricus. You have to follow your heart, now that it beats. Don’t let the witches make you a puppet,” she said urgently.
He regarded her with a sideways glance. Her sickly form shivered under the blanket.
“What did they do to you?” he asked again.
With words in direct conflict with not only Esmine’s but Ines’ own words, Rori questioned her motive. Add her withering appearance, and it felt wrong.
With a tight-lipped frown Rori pondered his previous idea of her presence being a test by the Ember Witches; a test to his commitment to the throne. The more she talked, the more Rori felt the witches were pushing him toward the sacrifice.
She turned away from him. She tried to get up, but the witch lacked the strength and fell back down.
“Love, Roricus. Love is what you need to fight the prophecy,” she rasped.
Rori clenched his teeth. The manipulations needed to stop. His nostrils flared as his frustrations grew. The incessant games of the Ember Witches, of this witch, was enough to drive a lesser man crazy.
“They cast you out,” he surmised. “Did they strip you as well?” he asked.
She said nothing.
However, her trembling increased and the blanket slipped from her shoulder revealing her state of emaciation. She bowed her head and displayed just how thin her once lush red hair had become. She refused to lift it to him or, perhaps, she lacked the strength.
“Divina is to take your seat isn’t she?” Rori further concluded.
Silence.
“You went against the witches knowing that it was your seat up for grabs,” Rori said.
He breathed in sharply with the belief he knew Ines’ true intentions. He closed his eyes, trying to push down the bloom of rage growing and spreading in his chest. When he opened them again, the world was tinged red.
“You are here to sabotage—”
Ines sprang up interrupting his words. The blanket fell to her feet and exposed her skeletal body with clothing dangling from her. Sores covered her gray skin. Her eyes lacked the shine and youth they had the first time she promised him power.
Cold radiated off her and crept over Rori’s skin.
“I went against my coven for what is right!” she hissed. “I went against my coven for love,” she declared. “For your love, for Percival’s love! For Divina and Selene!”
Her bony fingers gripped his forearms. The sharp digits dug into the muscular flesh of Rori’s arms, threatening to pierce through with a strength he didn’t realize she possessed. She shook as all her energy appeared concentrated on her hold on him.
“You are not fit for the council, Roricus,” she seethed. “You lack the age and the commitment. It is meant for Percival. The coven fears Selene’s devotion to her vampire.”
“You were the one who said I could have power,” Rori said through gritted teeth.
The chill forced its way through his body stemming from her hands wrapped around his arms.
“I lied,” she said. Releasing Rori’s arms she hung her head and shrunk back into her blanket. “I’m not proud of it. I did it for my coven. But, my coven is wrong.” She peered up at him with wide eyes. The fury gone from them, sadness took its place. “They can’t tamper with what is meant to be. And what is meant to be is you and Divina, your love,” she said as her voice cracked.
She took a deep breath, obviously tired from the energy it took to speak of such things in her weakened state.
“You can have love. You will, if you chose Divina. The throne is meant for Percival. The seat is meant for Selene. The coven wants to change that but they shouldn’t.” As she spoke, she collapsed into a heap between the two planters.
Crouching, Rori reached out for the arms of the witch. When he gripped her, she howled in pain. Rori held her frail limbs and shook her. The tortured woman wailed as the skin on her arms ripped in his hands.
He pulled back, letting her go. His eyes widened and his mouth fell open in horror seeing the bits of flesh stuck to his fingers and palms.
Rori flicked his attention to the pained witch. She crumbled flat to the floor.
“Go to your witch, Roricus. Chase your love. Don’t let them strip you too,” she sobbed. 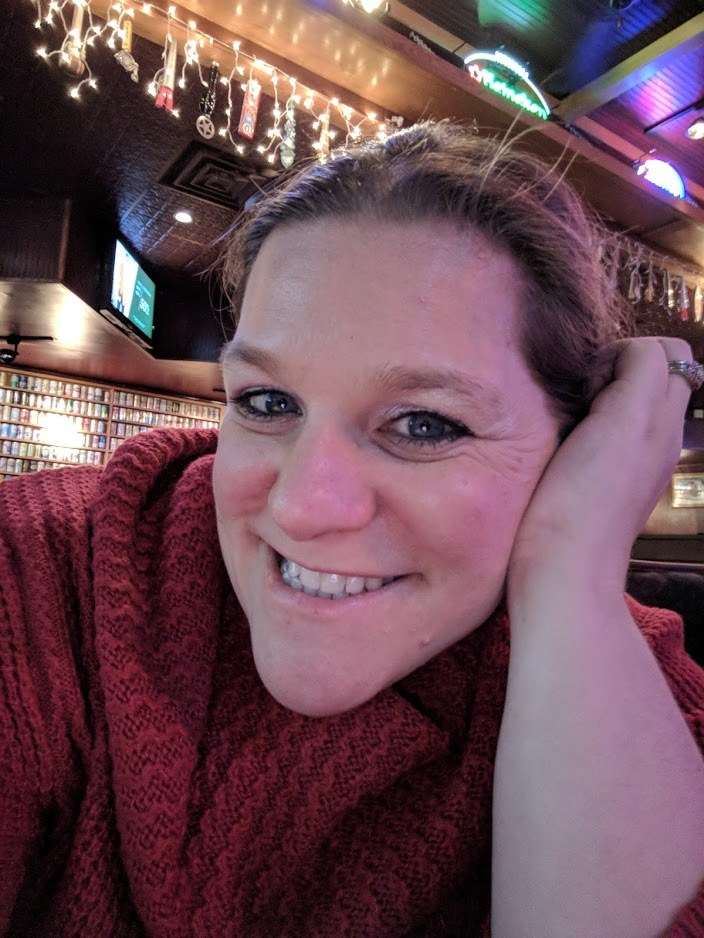