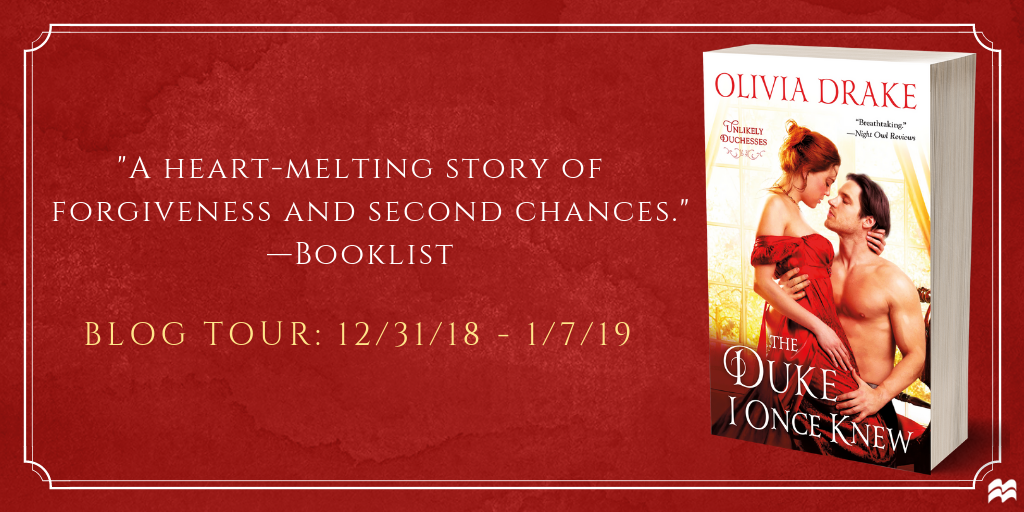 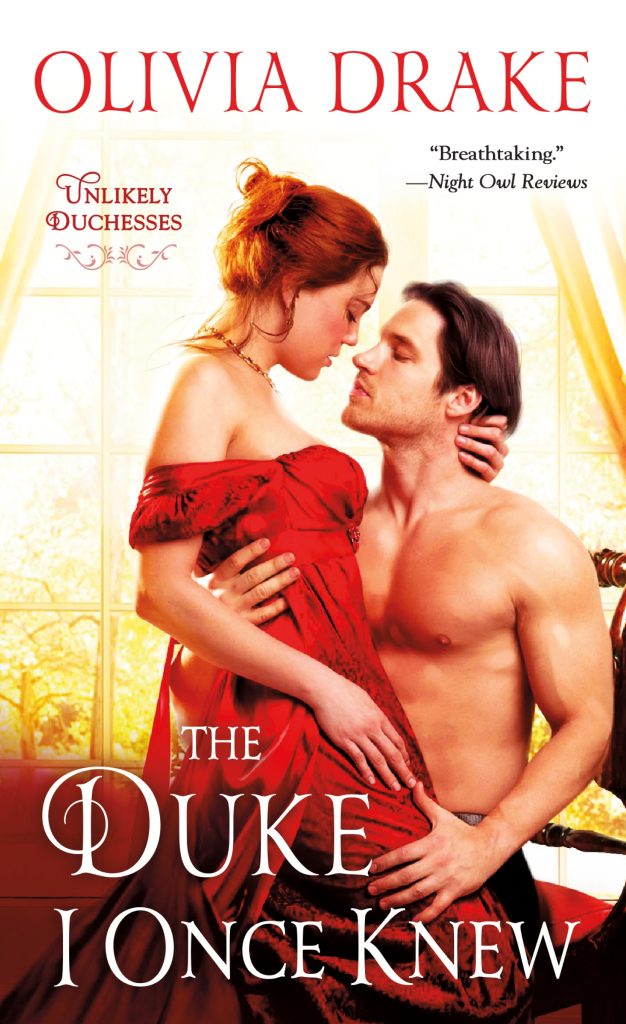 The Duke I Once Knew
by Olivia Drake

First love is always the sweetest…

For years, Abigail Linton devoted herself to caring for her parents and her siblings’ children. Now, eager to create a life of her own, Abby seizes upon a position as a governess on a neighboring estate. Unfortunately, her absentee employer is Maxwell Bryce, the Duke of Rothwell, the notorious rake who once broke her youthful heart. But since he hasn’t set foot on his estate for fifteen years, Abby assumes she’ll never have to lay eyes on him ever again.

Then, from out of nowhere, Max appears. He is stunned to come face to face with the girl next door he fell for years ago—before he went away, and she stopped writing to him … even though Abby swears that he is the one who left her without a word. Could it be that this spirited, witty spinster has won Max’s heart all over again—and that they may have a second chance at love?

I have really had a great time reading this book and I am delighted that it will be my last post of the year!

It looks like I have reviewed a lot of Regency the past few months, and this one was really entertaining!  I have read a few of Olivia’s books before and just like the others, this one does not disappoint.

If you are like me on holidays for the end of the year, so I can tell you that this is a great read to enjoy.  I really enjoyed the main character Abby very much!  I felt like Max needed a major ass kicking but Abby is a lady and I felt like she handled him quite well.

I did start to like him a bit more as I got deeper into the book, but I can tell you, it took time for Max to win me over.  Abby is a different story altogether, I will let you find out how he fared with her as you read the book as well.

As both characters knew each other when they were young, I felt like it added an extra layer to the story.

I am not going to dig into the plot too much, as I always try to avoid spoilers but I can say that a huge smile never left my face as I was reading. I finished it in one go and as I mentioned before and I love it!

If you like a good Regency, then The Duke I Once Knew will not disappoint you that is for sure.

I am going to very highly recommend The Duke I Once Knew and hope you love it as much as I did! 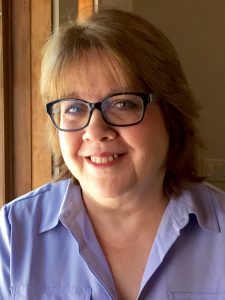 Olivia Drake is the author of the Cinderella Sisterhood series (Seducing the Heiress, Never Trust a Rogue, Scandal of the Year, If the Slipper Fits, Stroke of Midnight, Abducted by the Prince, Bella and the Beast, His Wicked Wish, and The Scandalous Flirt). She has been a member of Romance Writers of America since 1981, and her novels have won the Golden Heart Award, Best Historical Romantic Suspense and Best Regency Historical from Romantic Times. She has also won the prestigious RITA award. She currently resides in Houston, TX.