This post is part of a virtual book tour organized by Goddess Fish Promotions. Ella Quinn will be awarding a $50 gift card – Amazon or iTunes (winner’s choice) to a randomly drawn winner via rafflecopter during the tour. Click on the tour banner to see the other stops on the tour. 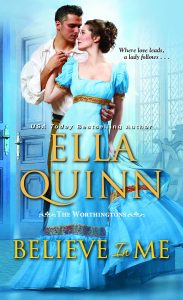 Marriage has worked out quite nicely for her older sisters, yet Lady Augusta Vivers is certain it would end her studies in languages and geography, and stop her from travelling. But when her mother thwarts her plan to attend the only university in Europe that accepts women—in Italy—she is forced to agree to one London Season. Spending her time at parties proves an empty diversion—until she encounters the well-traveled Lord Phineas Carter-Wood. Still, Europe awaits . . .

Phineas has studied architecture all over the world, yet Augusta is his most intriguing discovery yet. How can he resist a woman who loves maps and far-off lands? But her longing for all things foreign hinders any hope of courtship. When he learns her cousins have offered a trip to Europe, he secretly arranges to join their party. For he is determined to show Augusta that a real union is a thrilling adventure of its own. And when their journey is beset by dangerous obstacles, he gets far more opportunity than he bargained for . . .

At a warehouse near the London docks, Lord Phineas Carter-Woods surveyed the numerous boxes he’d brought back with him from Mexico. “The ones marked in red will go to Elsworth.” That was the bulk of them. At some point he’d have to visit the estate he had been bequeathed. “Have the rest sent to my brother’s house in Grosvenor Square, and make sure they aren’t put in the attic.”

“Yes, my lord.” Boman, Phinn’s secretary, part-time amanuensis, general factotum, and friend, signaled to one of two carters waiting for instructions. “Have you decided when we’re leaving again?”

That was going to be tricky. “I hope to be on our way to Europe in a month, but I’ve promised my brother I’ll look around for a wife. We’ll take it as it comes, shall we?”

“What you mean to say”—Boman gave Phinn a stern look—“is that you haven’t told his lordship that you’re not staying in England.”

“Let’s just say that I have not had time to divulge all my plans.” Boman was right. Phinn would have to tell his brother, the Marquis of Dorchester, about his intent to leave England again. If only Dorchester and his wife could’ve managed to have a son or two instead of four daughters, they wouldn’t be trying to make Phinn marry. Although, whatever gave them the idea he could do better, he didn’t know.

That was putting it mildly. Phinn had decided not to tell his brother he was leaving again until just before he departed. “I’ll stay for the Season. Once he perceives that I have not found a suitable wife, he’ll be glad to see me go again.”

“What happens if some young lady catches your eye?”

Good lord! Boman too? “Why is everyone suddenly trying to put a leg-shackle on me?” 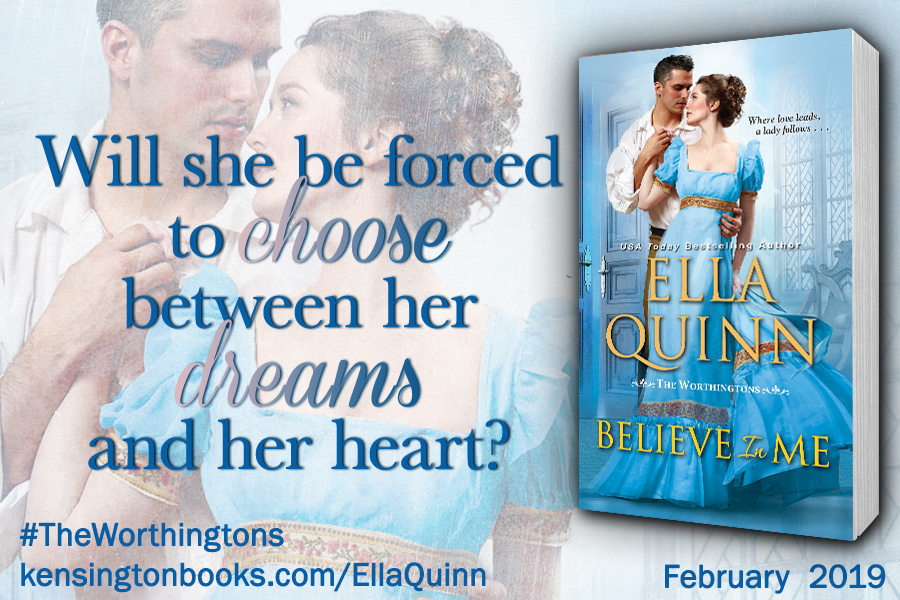 About the Author: USA Today bestselling author Ella Quinn’s studies and other jobs have always been on the serious side. Reading historical romances, especially Regencies, were her escape. Eventually her love of historical novels led her to start writing them.

She is married to her wonderful husband of over thirty years. They have a son and two beautiful granddaughters, and a Great Dane. After living in the South Pacific, Central America, North Africa, England and Europe, she and her husband decided to make their dreams come true and are now living on a sailboat. After cruising the Caribbean and North America, she completed a transatlantic crossing from St. Martin to Southern Europe. She’s currently living in Germany, happily writing while her husband is back at work, recovering from retirement.

Ella loves when readers connect with her. 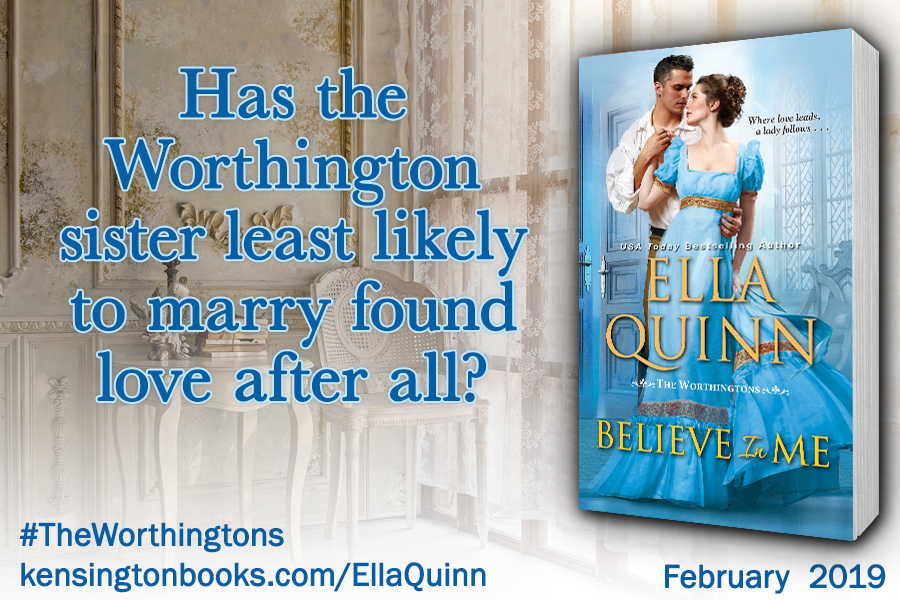