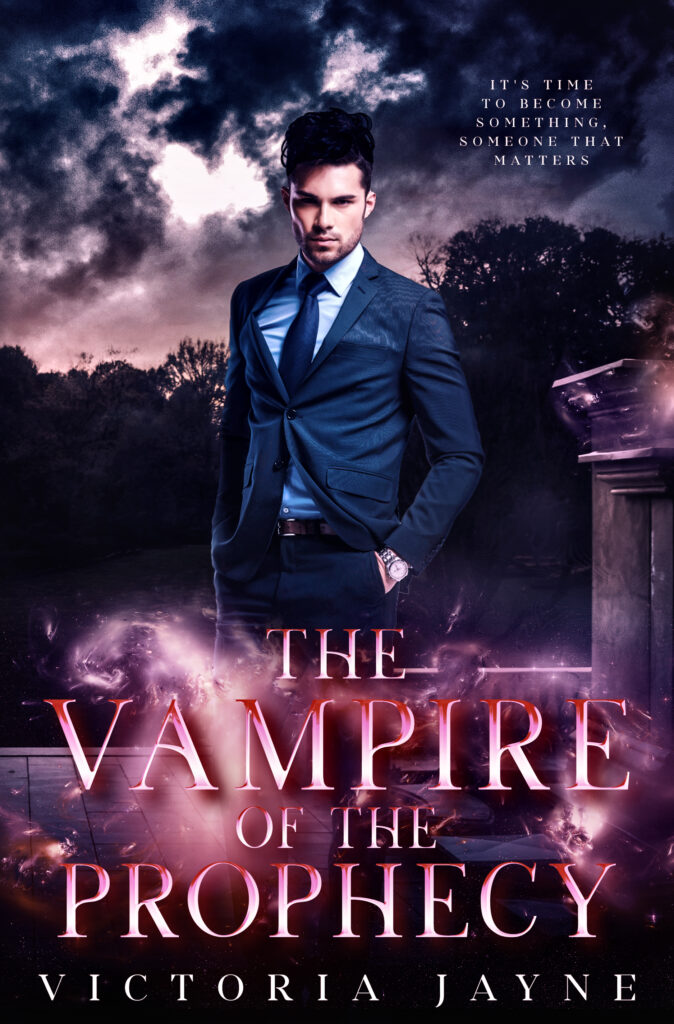 The Vampire of the Prophecy

A choice was made. Now it’s time to reap the rewards…or suffer the consequences

It was all happening according to plan. Rori chose power over love, and as a result, put himself in the running to be the next emperor of all vampires. Then someone threatened to expose his witch (along with all other paranormal creatures) to humans…unless he gave up his claim to the throne, that is.

That’s when everything fell apart.

The Council has no idea what Rori did to keep Divina safe, and if they find out, the consequences will be deadly. It’ll take all his power, connections, and the help of his loyal guard to protect everyone and everything he holds dear.

But with time running out and enemies circling, can Rori survive long enough to complete the prophecy and maybe—just maybe—get a second chance at true love while he’s at it?

This is the end of the line…

We made it troops and I think I am going to miss those 3.  But before we go any further, let’s recap a bit. Not too long ago, I reviewed The Wolf of the Prophecy and a great great time before it all started with book 1 The Witch of the Prophecy.

You do need to have read those 2 previous books before getting started on this one or you will be very lost.

To be fair they are easy quick reads and all three should not take too long back to back, they flow nice and easy from one to the other and the transitions are very smooth.  When I think about it more, I think book 1 is still my favorite but this one is coming close second.

I am not going to go into the plot in details cause well spoilers, but I did enjoy the couple of surprises that came my way and that I did not see coming (those are the best!). Just for that, this baby is a winner, and I had fun reading it.  A lot of stuff happen in the second half of the book but that was to be expected since it is to my knowledge the final one in the series.  The only spoiler I will share is that we do have a solid ending.  I mean if Victoria wants to come back to those 3 she can, but for now I am perfectly happy with everything.

In terms of characters, Rori is my favorite but that is to be expected; vampires are my favorite in the Paranormal world.  That all being said, I think a part of me wanted the ending to be bigger and more explosive; don’t get me wrong it was good, but I kinda wanted more.

If you are my regular reader, you know I love major action and ass kickin’, thus me wanting more but like I said I enjoyed it and I am going to miss those 3 characters.

I have to say that overall, this is a great cute series to get you started in that genre in the case you have never tried before, there is nothing insanely crazy or eyebrow raising, so for you novices out there, this is a lovely little gem of a trilogy.

I hope you love The Vampire of the Prophecy as much as I did and don’t forget to read the previous 2 books, you will not regret it. Now that we are locked home again (at least here in the UK) you can pass the time reading, I hear it does wonders :-p

So go ahead and get started and I do hope you love it as much as I did.